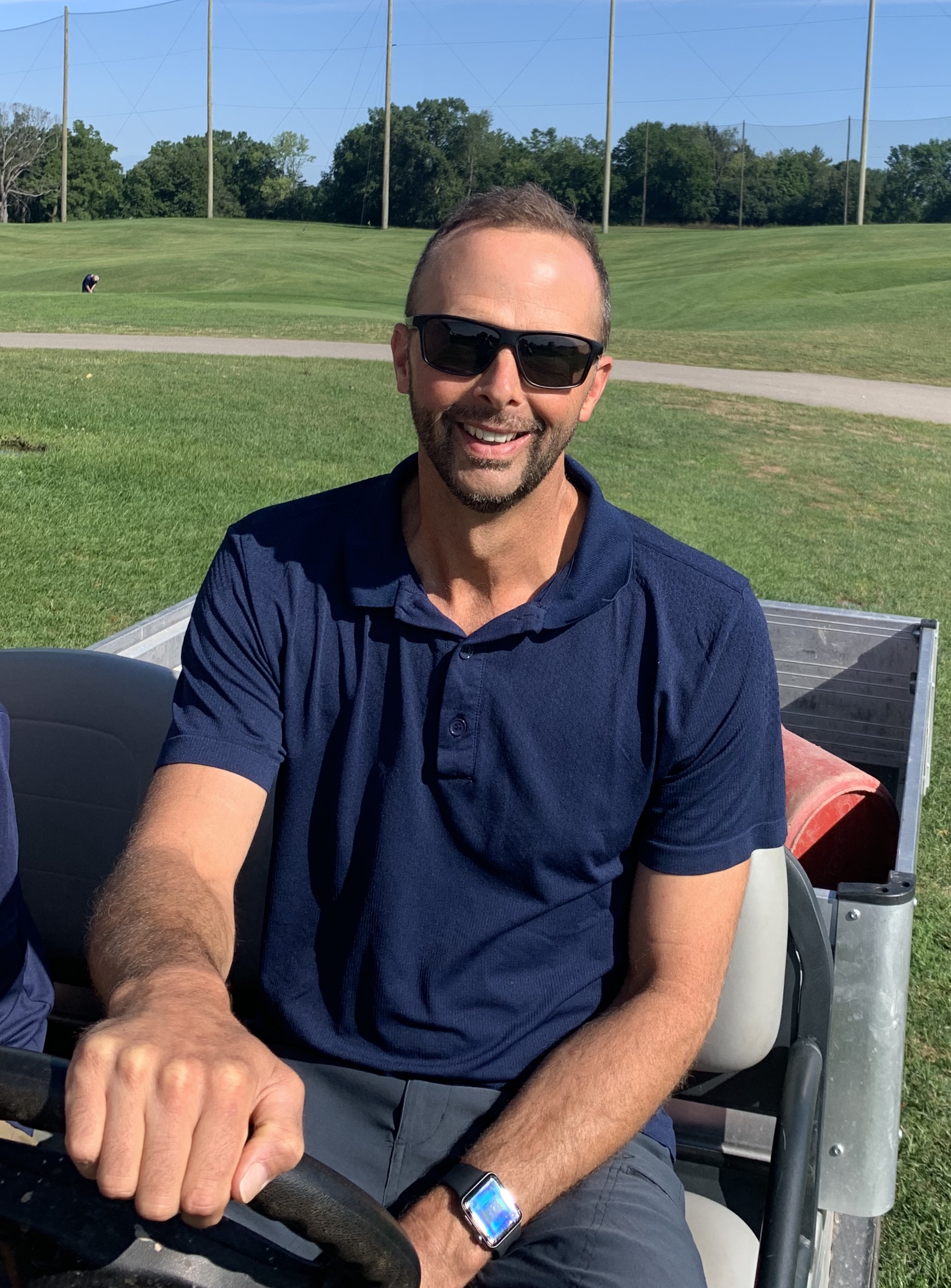 It all started with a greens roller.

As background, let me say I live near Indian Trails and I’ve been using its impressive practice facility the last few years. And I’m not alone. The place is busy with golfers of all ages and abilities, especially so in recent months during the pandemic. In 2015, the Grand Rapids City Commission approved a $2.8 million renovation of the course, which opened in 1928, calling for seven redesigned holes to make room for a 25-acre driving range and practice facility with separate putting greens, bunkers and short game areas.

The decision, at the time, was not without dissension and contrary opinions. A representative of the Michigan Golf Course Owners Association (now the Michigan Golf Course Association, MCGA) was interviewed by MLIVE reporter Matt VandeBunte and asked about the city’s appropriation for Indian Trails: “I think that’s irresponsible spending of taxpayer dollars. There’s enough public golf available (in the Grand Rapids area). Municipalities should not be competing against these private businesses. It’s just unfair. I’m not saying that (municipal golf courses) shouldn’t exist. They should maintain the status quo. To increase the amenities and better the facilities to compete (with private industry) is inappropriate.”

In fact, I was also contacted in September 2015 by VandeBunte for my opinion on Indian Trails. He quoted me: “To me, it’s a recreational asset for the city and, just like our parks and pools, it deserves a prudent investment to make it attractive. I consider it almost like a park. If you don’t invest in it, it will further decline and then you’ll get decreased customers and then you’re going to be forced to say ‘What do we do with it?’”

As much as I respect and understand the perspective of privately owned public golf courses, I didn’t then nor do I believe now that Indian Trails, the only municipal course in Michigan’s second largest city, is an economic threat to area courses. If anything, it provides a needed service and complement to area courses because it reaches and nurtures junior, novice and casual golfers. It’s a feeder system offering affordable and convenient play for a diverse urban population.

Oops, excuse the sidetrack. Now about that Indian Trails superintendent. Yes, I did meet him this summer, in between my practice sessions.

He’s Craig Kooienga, 47, a Class A member of the Michigan Golf Course Superintendents Association, who’s been the overall manager of Indian Trails the past two years and the head superintendent since 2011.

His career path or trail to the municipal course located at the corner of 28th St. and Kalamazoo Ave SE. is a good story in itself. Born and raised in Hudsonville, Kooienga played golf in high school and at Cornerstone University where he became a scratch competitor. Later, he worked at Clearbrook GC in Saugatuck and at nearby Ravines GC during its grow-in phrase. He then enrolled in Michigan State’s Turfgrass Management Program and graduated in 2000.

“It was and still is one of best Turfgrass programs in the country,” said Kooienga. “The year before I graduated—1999— I interned at Medinah CC and that year it hosted the PGA Championship. I learned so much that even today I draw upon that experience.”

After graduating from MSU in 2000, the 28-year-old found himself at Brookshire Inn & Golf Club in Williamston, MI. As head superintendent, no less.

“I had a phenomenal time at Brookshire and can’t thank the club enough for my stay there. But after a few years, I had the opportunity to go out east and pursue my passion for course renovation and golf history.”

He was hired as the Assistant Superintendent at venerable Apawamis Club in Rye, New York. Chartered in 1890, it’s the oldest club in NY and one of the twenty oldest golf clubs in the U.S. It has a rich history, having hosted several USGA national championships as well as a prestigious Curtis Cup.

“Making it extra special for me was that the course was undergoing a major renovation, or more accurately, a restoration, by architect Gil Hanse. This was well before he gained later fame for his original design for the 2016 Olympics course in Rio de Janeiro,” said Kooienga.

“I worked closely with Gil, a ‘hands on’ guy who’s usually found on a mini excavator or bulldozer. Overall, I worked there three years and found it so rewarding not only in terms of maintenance practices and renovation but also in golf history and architecture.” And with a sly grin, he added, “Of course, I was able to play some fabulous courses and even compete in a few USGA qualifiers.”

But the siren call of family and local roots called Kooienga back to west Michigan.

He became the superintendent at Indian Trails in 2011 and at the time the layout was definitely showing its years and, to be polite as a local neighbor, let’s just say it was rough around its many edges.

Kooienga diplomatically labled it “a fun track whose maintenance practices weren’t high due to a lack of investment into the course.”

As city leaders mulled over what to do with Indian Trails in the long term, Kooienga started implementing regimens and practices common at his previous stints. On a lesser budget, he started a number of conditioning programs such as weed control, fertility, aerification, top dressing the greens and using a greens roller. Yes, a greens roller!

“I bought a greens roller on Ebay for $100 and then got a city truck with a snowmobile trailer to pick it up in Springfield, IL. As luck would have it, I got lost on the way back and found myself in downtown Chicago,” he said with a laugh.

As maintenance standards steadily improved, the city retained a consultant to assess the course and its future. “I think our practices helped convince city leaders we were serious in making Indian Trails the best it could be.”

“The course is now more user-friendly and environmentally-friendly,” said Kooienga at that time, “but the biggest difference t0 the people who play here is the increased level of enjoyment they’ll receive from playing Indian Trails.” As someone who has played it several times this year, I’m fully on board with these comments. And I like how Kooienga’s perspective as a seasoned player is in evidence in how the course is presented and maintained.

“Being a player goes a long way as a superintendent. I know golfers want a firm and fast conditions and smooth greens. And I’ve always felt wet approaches to greens are pet peeves for players. We won’t overwater the run-ups to the greens.” 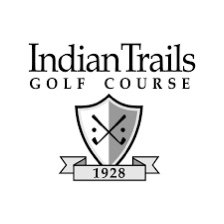 Due to the pandemic, people are using and playing Indian Trails in unprecedented numbers.  Of course, that’s true of most courses these days. In addition to regularly scheduled and strong usage of the practice facility by the First Tee of West Michigan and others, the golf course is very popular as seen by the jammed parking lot.

“Yes, the investment into the property has paid off in so many ways,” said Kooienga who reported a profit for the course at the end of June. “Because of the First Tee program we’re seeing more kids here than ever before. And the game is being exposed to more students from Grand Rapids Public Schools that might never have set foot on a course.” He also mentioned the unforeseen benefits of offering an entry-level and affordable golf experience during a time when people are increasingly isolated.

“The mental and physical health benefits of being outdoors and playing golf shouldn’t be underestimated. And we’re seeing more walkers than usual.”

As someone who’s been an endurance athlete as a marathoner on top of being an excellent golfer, Kooienga is especially attuned to physical and mental well-being this past year. Last December, after a colonoscopy, he discovered he had a cancerous tumor in his rectum. In February, his treatment plan began with four months of chemotherapy followed by five weeks of radiation (28 treatments) which ended in early August. This coming October, he’ll undergo surgery—the final stage—to remove any remaining cancerous growths.

“Being told I had Stage 3 cancer was tough to hear but then my doctors reassured me it was treatable and curable because it was caught early. Due to chemo and radiation that tumor has shrunk significantly and surgery will take care of anything still lingering. Most importantly, the cancer didn’t spread to other organs or metastasize.”

The tall, wiry and good-natured superintendent leaves the impression he’s the epitome of good health and calm demeamor but the treatment has generated a gamut of emotions.

“I was both scared and naive about cancer. No family member or close friend had ever dealt with it. But during this experience I’ve met so many amazing people at Spectrum’s Lemmen-Holton Cancer Pavilion. I can really empathize with how other people are dealing with cancer. And I realize what a blessing it is to have faith, family and friends during times like these.”

As for me, every time I see a greens roller now I think of Craig Kooienga, smoothing greens and his path forward with a thankful heart.

And him driving a city truck with trailer—stuck in traffic and lost in downtown Chicago.