Admittedly there are hurdles for “growing the game.” It’s too slow, too expensive and too difficult to master. But let’s take a closer look at these hurdles one by one. 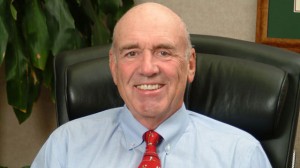 Barney Adams is urging to "Tee it Forward"

Yes, it’s too slow if one is trapped inside a five hour plus round on a congested course with players not properly spaced out and invariably not ready to hit. That may be unavoidable. But what’s wrong with playing nine holes if strapped for time and by obligations? That’s a time-saver that’s been part of the golf scene for generations.

And golf’s only too expensive depending on where and when people play the game. In many states there are so many public and competing venues affordable golf is, in fact, plentiful.

Without argument, golf is a demanding game and one you seldom master. But isn’t that a part of its appeal? That’s why I’m not in favor of such gimmicks say of enlarging the cup under the guise of making golf “more fun.” I don’t think altering the basic tenets and rules of the game are necessary in order to reach more golfers. And to me, the challenge of the game also is an integral factor in its appeal and hold on players. If it were too easy, then a certain essence of golf would diminish.

Instead, I like the approach of Barney Adams, founder of Adams Golf, who is spearheading the “Tee it Forward” initiative–a common sense remedy that’s endorsed by the PGA of America and the USGA. In a nutshell, Adams is urging golfers to candidly assess their games, particularly in how far they hit it, and then play from the appropriate tee markers. His research says only golfers who average 300 yards off the tee—a very small percentage—should be playing a 7,000 yard golf course. Amateur golfers who average 250 yards on their drives should be playing tees between 6200 and 6400 yards. And golfers who hit drives in the 200-220 yard range should be playing tees that are set up no more than 6000 yards. The result, says Adams, would be everyday golfers playing second shots into the greens similar to the pros. Playing from more suitable tees “creates a more level playing field,” says Adams. “It’s not an advantage. When you’re up there, you still have to hit good second shots, but at least you’ll have a shot.” When average golfers play from the wrong (and longer) tees their second shots are often too far from the green. Hence, the game slows down and frustration rises. 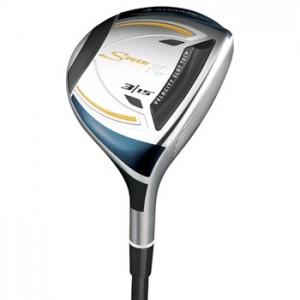 I was thinking about this simple folk medicine prescribed by Adams when playing golf the other day. I was staring down at my new three-metal, the Adams Speedline F-11 with a 13.5 degree loft. I’ve been a big fan of Adams clubs ever since Barney came up with the breakthrough Tight Lies clubs. They were easy to hit and delivered a clean strike to the ball. On the Speedline F-11, there’s a “velocity slot” behind the clubface that imparts a conforming spring-like effect to shots similar to that given off by thin-faced drivers. On center hits, there’s a definite added pop resulting in more distance. And there’s also more forgiveness on mis-hits. The proof to me was when I was playing in a recent tournament and faced with a long par-five. After a solidly struck drive, I used my F-11 and hit it decently but low on the clubface. Yet the ball flew off the clubface and went well over 220 yards leaving me only a wedge shot to the green. The club delivered on what I wanted in a fairway metalwood: added distance but also forgiveness. Oh yes–one more thing, the club’s appearance and how it sits next to the ball are pleasing to the eye, another key asset.

As such, technology is delivering outstanding benefits to the game. Most golfers are hitting the ball as far as they ever were—largely due to golf ball, clubhead and shaft innovations. With the right equipment and some knowledgeable instruction by a PGA teaching pro, golfers don’t have to be frustrated by the game. And they don’t have to resort to playing four- or six-hole courses with a cup the size of a washtub. No, they just need to move up to the right tee markers and play the game appropriate to their average drives. Barney Adams is on the right path. It’s our obligation now to support him by taking a step forward.

images courtesy of PGA of America and Adams Golf

2 Responses to “Three cheers for “Tee it Forward””