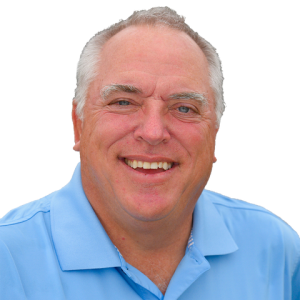 When one of Dave Kendall’s friends learned that he was one of the new owners of Washtenaw Golf Club in Ypsilanti, he bluntly asked, “At your age, what in the world are you doing buying a golf course?”

The good-natured Kendall, well-known as the celebrated golf instructor at Kendall Academy at Miles of Golf, took the query in stride and retorted, “Well, I went on Medicare in January!

“I may not have the physical stamina I once had but what energizes me is the positive attitude or our great employees, led by General Manager Tim Czerniawski and Donna Hatch, Director of Sales.”

He then explained his rationale, saying the facility, the staff and his partners all made him a believer. “This is a great opportunity and we have a business plan to make it successful as a public course. And this course is a jewel with a notable past.”

Washtenaw does indeed have a long and rich history. Its roots began in 1898 when the original founders—Cora Henry, Newton Swift and Daniel Quirk—persuaded a local farmer in Ypsilanti to allow them to stick three empty tomato cans in his hay field and invite their cronies for a round of golf. A year later, the trio were joined by a dozen others who formed the Washtenaw County Club still at its current location off Packard Ave in Ypsilanti, only a few minutes from Miles of Golf. As such, it’s one of the oldest courses or clubs in Michigan.

“I love the course,” said Kendall, a Michigan Golf Hall of Fame member. “In fact, I was a member here from 2002-2008 and a frequent player after Stanley Berger purchased the course in 2010.” For most of its 120-year history, Washtenaw was a private club attracting some of the leading citizens and golfers from Ypsilanti and Ann Arbor. Some of its notable golf professionals include Tom Talkington and Jim Applegate, both former Michigan PGA Presidents, and Randy Erskine who played at the University of Michigan and then tried the PGA Tour. “Randy came here as head golf professional in 1980, the same year I went to Cadillac CC, and stayed until 1991,” said Kendall.

The club struggled in the early 2000s and was particularly hurt by the Great Recession of 2007-2009. Eventually, the club sold to local businessman Berger who owned Polo Fields Golf & Country Club in Ann Arbor. As with Polo Fields, it remained private but Berger allowed the members to play either course. The marriage wasn’t as successful as planned and Berger decided to sell Polo Fields in 2018 and later sought to sell Washtenaw.

This is when Dave Kendall and his two partners arrived on the scene. “As a former member, I was familiar with the property,” said Kendall, a former President of the Michigan PGA.  “After several meetings and discussions, my partners and I decided to pursue the purchase in 2019 and we were able to complete it this past January.”

Kendall was quick to commend his partners for their due diligence and confidence in the purchase process. All are long time friends.

“My partners are Steve Davis and Nick Ma. Steve is a childhood friend from my native Jackson while Nick was one of my teachers at the Academy before becoming a successful restauranteur in Ann Arbor,” said Kendall.

He related that Davis was a walk-on player at the University of Michigan before launching a career in the automotive business that took him around the globe.  Re-settling in Ann Arbor a few years back, Davis and Kendal rekindled their life long friendship. “I’ve trusted and have consulted with Steve whenever I’m faced with a big decision. He’s a level-headed business person.”

The other partner is Ma as previously noted. “With his knowledge and expertise as an owner of two restaurants in the area, Nick was a natural partner in this endeavor,” said Kendall. “Washtenaw’s success will also be a result of its dining, banquet and wedding facilities and Nick is the person with a keen understanding of those amenities.” 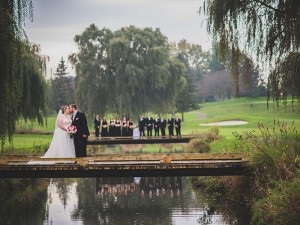 Weddings will remain a centerpiece

The business plan calls for a remodeling of the clubhouse which will allow a better flow and traffic for dining and special events. “There’s not really a need for such a large space given to the old locker rooms for the membership,” explained Kendall. Instead, that space will be better used to expand the dining experience at Washtenaw. “We’ll still have a bar and dining area for golfers but now there’s room for family dining, too. The added space benefit allows a wedding or a banquet to be held separately from the golf and restaurant operations. They won’t disturb one another,” added Kendall.

Dave says area golfers will continue to find excellent conditions. “It’ll be fast and firm and the putting surfaces will remain slick with regular rolling.” As a two-time Michigan Senior Open champion, Kendall knows how important course conditions, particularly the quality of the greens, are in sustaining loyal play. “Competitive and everyday golfers will be pleased with how Washtenaw is maintained.”

Incidentally, to assuage his many students, Kendall will continue his teaching at the acclaimed Kendall Academy at Miles of Golf. “I have a great relationship with Miles of Golf and I’m looking forward to a new synergy between it and Washtenaw. I will always be grateful to Chris Mile for allowing me to start Kendall Academy in 1997. I hope we can continue to work together for many years to come.”

In a day when the golf business itself as an investment has its doubters, Dave Kendall, Karen—his wife of 40 years— and his partners are bullish and excited about the future. “The momentum here is on the upswing as we discovered when almost all of the previous season’s pass holders renewed before January 31. We’re confident when others learn this jewel is now a public facility, they’ll want to be regulars.”

Befitting his new Medicare status, Dave Kendall is realistic and well-grounded in his overall assessment of this new phase of his distinguished golf career. Yet, optimism abounds.

“What’s that adage? Everyone needs a new challenge every 20 years. I have mine and I’m excited about it.”

Images courtesy of the Golf Channel, Washtenaw GC and Miles of Golf