Who would have ever figured that one of golf’s hottest products this year would be a putting grip? And a fat one at that!

But that’s the case of jumbo and oversized putter grips once Tour players started adopting them. A number of players are using them, most notably Jason Dufner who claimed the 2013 PGA Championship while sporting Super Stroke’s Slim 3.0. And although Dufner is Super Stroke’s only paid staff member, a number of Tour pros  employ the oversized grips. In fact, K.J. Choi won the 2011 Players Championship with the Fatso 5.0 model. Dufner won his first two Tour events in 2012—the Zurich Classic and the Byron Nelson—using a Super Stroke grip. 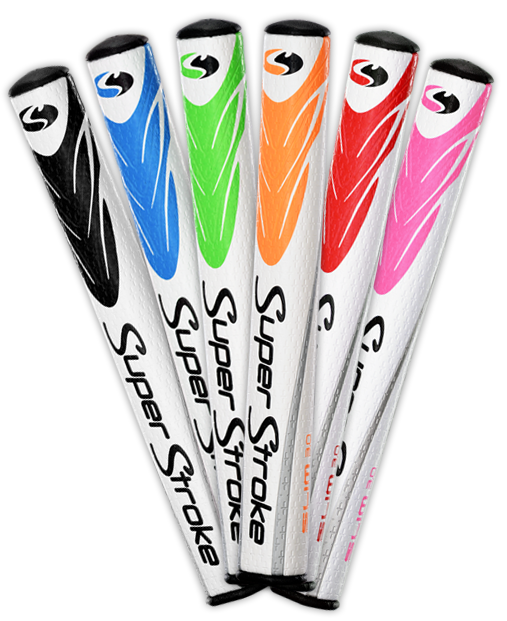 And in the what-have-you-done-lately category, Thomas Bjorn won the Omega Masters European event  using the SuperStroke Mid Slim 2.0 putter grip. For the week, he was second overall in putting statistics. So what’s going on with these grips and why are they gaining traction?

“Oversized grips minimize hand rotation in putting,” says PGA teaching pro Mike Boogaard, a highly regarded putting instructor in Grand Rapids. “The thicker grip minimizes and lessens the effect of the smaller and twitchier muscles in the hands. Quieter and softer hands lead to better and more consistent strokes,” says Boogaard who works with top amateurs such as Tom Werkmeister and Randy Lewis. But Boogaard also admits that a psychological factor may be involved as well. “If you think something is helping you make a good stroke, then invariably it will. Confidence plays an important role in putting.” Oversized grips also help to minimize grip pressure since the thickness envelops the fingers, making it difficult to squeeze the grip too tightly.

A Michigan-based company located in Wixom, SuperStroke is the current industry leader in oversized putter grips, offering a variety of sizes and colors for consumers. Its basic white color with contrasting bright accent on the top of the grip is distinctive and one widely recognizable on television, thus speeding consumer adoption. SuperStroke offers four different sizes in the traditional line—Ultra Slim 1.0, Mid Slim 2.0, Slim 3.0, and Fatso 5.0. It holds two patents for its non-tapered design.

Nowadays, you’ll walk into a retailer like Golf Galaxy and find the Super Stroke on back order. The Slim 3.0 model costs $24.99 and can be also ordered on the company’s website at www.superstrokeusa.com

Are there other options besides SuperStroke? Yes, there are and probably more will be forthcoming.

Iomic is touting its Absolute Jumbo Putter Grip as one such alternative. Available in red, blue and black, the Iomic possesses a tapered grip with a flat surface on the top and rounded on the bottom. It offers a soft feel with its plaid textured surface and is 100% water proof which is a good selling point. Also, the composition of the grip—elastomer material—promises a life span two or three times longer than a standard rubber grip.

A company that’s “all in” with oversized grips is JumboMax. It not only touts the advantages of thick grips on putters but espouses them throughout the bag. JumboMax claims its thicker grips promote lighter grip pressure which aids in generating more clubhead speed. The theory, similar to the aforementioned putting benefits, is that a thicker grip on an iron or a wood will lead to a lighter grip thus making it easier to release the hands and square the clubface. JumboMax touts 38% more “turning power” using its grip. 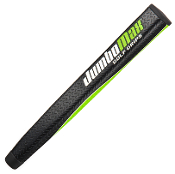 Its putter grip is nicely designed. It has a tapered design with a flat top and a rounded bottom. The top side is black with a company name and logo in lime and white while the underside is the distinctive bright lime green. It has a textured feel and fits comfortably in one’s hands. For more information, visit www.jumbomax.com

So if you’re having trouble keeping the hands out of the stroke, don’t be hesitant to join the growing crowd that’s getting a grip on the problem. It’s definitely cheaper than buying a new putter.