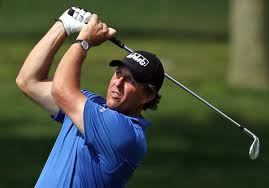 I like Phil Mickelson. He’s considerate to both fans and the media. But once again his loose lips have gotten him more attention than he ever imagined. The latest flap occurred over remarks made the last few weeks during a press conference call for the Pebble Beach A T & T, where’s he the defending champion next month, and later last week at the Humana (nee Hope) Challenge in Palm Springs where he competed.

During the conference call, Mickelson made a passing reference to “what’s gone on the last few months politically.” Then last week at the Humana, when those remarks were asked to be clarified, he said: “There are going to be some drastic changes for me because I happen to be in that zone that has been targeted both federally and by the state, and it doesn’t work for me right now,” he said. “So I’m going to have to make some changes.”

He then admitted that he could end up leaving his home state of California. He also said that the financial issues were the reason why he abandoned an ownership stake in the San Diego Padres back in August. He later expounded on the hit to his tax bracket due to recent tax law changes at the federal level. “If you add up all the federal and you look at the disability and the unemployment and the Social Security and the state, my tax rate is 62, 63 percent,” Mickelson said. “So I’ve got to make some decisions on what I’m going to do.” He intimated that retirement might even be considered.

Well, as expected in the 24/7 news maw, the comments went viral and snowballed on Mickelson. He was seen by some as a whining conservative mega-millionaire, by others as a righteous Tea Party advocate, and still others as just Phil speaking his mind.

But by this Monday, due to the furor and attention caused by his comments, his press agent and spokesman, T.R Reinman—knowing the value of getting out in front of a controversy—released this statement by Mickelson:

“I know I have my usual pre-tournament press conference scheduled this week but I felt I needed to address the comments I made following the Humana Challenge now. I absolutely love what I do. I love and appreciate the game of golf and the people who surround it. I’m as motivated as I’ve ever been to work on my game, to compete and to win championships.

“Right now, I’m like many Americans who are trying to understand the new tax laws. I’ve been learning a lot over the last few months and talking with people who are trying to help me make intelligent and informed decisions. I certainly don’t have a definitive plan at this time, but like everyone else I want to make decisions that are best for my future and my family.

“Finances and taxes are a personal matter and I should not have made my opinions on them public. I apologize to those I have upset or insulted and assure you I intend not to let it happen again.”

The statement and apology were the smart things to do. Yes, Phil Mickelson is a citizen and has the right to say whatever he wants to say. That’s not the point. The point is: does a respected golfer and sports icon like Mickelson want to get ensnarled in incessant media discussions about his taxes and income and whether or not making and retaining money is an overarching concern for him? No. Our public discourse is divisive enough without a new strain of golf politics commanding the airways.

To me, this was just another instance when Phil should have backed off the shot.

One Response to “The Phil Flap”