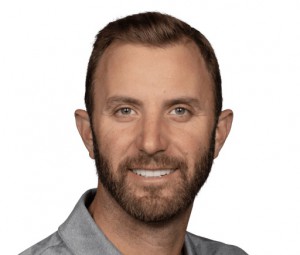 There’s no need to retell the triumphant story of Dustin Johnson’s convincing win at the Masters. It was a command performance which locked up his eventual entry into the World Golf Hall of Fame. Looking back at this year’s Masters, I’m more intrigued with not only how Johnson earned his green jacket but the other story lines and tidbits. For example:

Johnson led the field in the all-important Greens in Regulations (GIR) statistic, which combined with player putting stats, invariably reveals the Masters champion. In GIR, Johnson was #1, hitting 60 out of 72 greens, averaging 15 greens hit per round. His putting stat for the week ranked T-18th in the field, with 117 total putts and with only one three-putt.

Leading the field in total putts with 102 was tourney co-runnerup Sungjae Im—in his first Masters! He had two three-putts. Of course, Im also missed a lot of greens, ranking 51st in the field and 15 GIRs behind the leader Johnson, so his chipping and pitching wizardry were huge factors.

The other runner-up, Cameron Smith playing in his fourth Masters, was second in putts with 108 and with no three-putts (only three other players finishing Sunday matched that feat—more on that in moment.) Smith hit 47 GIR, finishing T-37th. Ditto on his short game mastery.

Other stats for Johnson: 6th in driving distance at 306.7 yards; T-5th in total birdies at 20 along with two eagles; (IM was the leader with 24 birdies.) In driving accuracy, he was T-13th hitting 44 out of 56 fairways but only five less than the leader, Bernhard Langer. 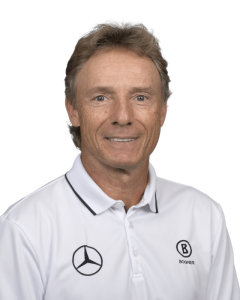 Speaking of the amazing Langer: he was dead last in the field in driving distance with a 260-yard average, more than 60 yards behind the leader Bryson DeChambleau at 324. But the 63-years-young Langer beat the 27-year-old bomber by one shot for the week and even topped him head to head on Sunday by two shots. As notable, he joined Smith, Jon Rahm and Justin Thomas as the only players without a three-putt. (Suppress those long-putter smirks!)

About his final round of 71, Langer said: “Today I probably hit…six hybrids and two 3-woods into par 4s.  That’s just not a lot of fun, but it is what it is.”

And this is what DeChambleau said Sunday about Langer: “Yeah, he’s an unbelievable iron player.  He grinds over everything.  Doesn’t give up.  His long iron play is stellar still, and I think that’s what makes him so amazing. Definitely I still look up to him.  Even though I’m bombing it by him, he’s still playing better than me.  It doesn’t matter.  That’s the cool part about the game of golf.  You can shoot a score whatever way you want, and he’s able to do it still at his age that way, which is pretty impressive.”

Moving Hale Irwin aside, Langer is the reigning G.O.A.T. as a 50 and older senior golfer. He deserves a separate paragraph, Ja?

Back to Masters champion, Dustin Johnson, here are two telling quotes from his competitors:

From Rory MacIIroy: “Since coming back out of the lockdown [in June], Dustin has been by far the best player in the world…I played with him the first two days here. He had the ball on a string. It was really impressive.”

From Tiger Woods:  “…He’s an amazing athlete.  He’s one of the first guys to ever bring athleticism to our sport.  DJ has just an amazing ability to stay calm in tough moments, and in order to win this event, and we all know as past champions how hard it is, the emotions we have to deal with out there.  There’s no one more suited to that, I think, than DJ.”

Of all the various media stories about Johnson’s victory on Sunday, I was most taken by the reporting by ESPN’s Bob Harig, an admired colleague and former president of the Golf Writers Association of America. In one of his Sunday stories, Harig recounted how Johnson’s younger brother Austin landed as his caddie in 2013. In fact, Johnson dropped the veteran caddie Bobby Brown (who was on Im’s bag last week) after he won overseas late that year with his brother on his bag.

As Harig wrote, “…When Dustin decided to hire his brother full time to be his caddie in 2013, the reviews were not so good. Using a family member as a fill-in on the bag is one thing; to entrust him with what has become a big-business gig is quite another. And given some of Johnson’s high-profile, final-round missteps over the years, the move seemed even more curious. The belief was that the care-free, sometimes aloof Johnson needed a steadying influence, an experienced caddie who would guide him through golf’s minefields.”

Then Harig provided this devastating anecdote about the brothers:

‘”You ever hear of that movie, ‘Dumb and Dumber?”’ one prominent player asked during a practice round with Johnson several years ago. He then pointed to Dustin and Austin and smiled.”

Outside of unfiltered social media, that may be one of the harshest golf vignettes about a major champion ever published. To his credit, Harig then traced how Austin improved immeasureably as a caddie, as did Dustin with his game, and how it all culminated in tears for the brothers on Sunday.

As the wider world still struggles and spins in uncertainty, let’s thank our lucky stars for a Masters in November and its compelling and uplifting stories.

Images courtesy of the PGA Tour.