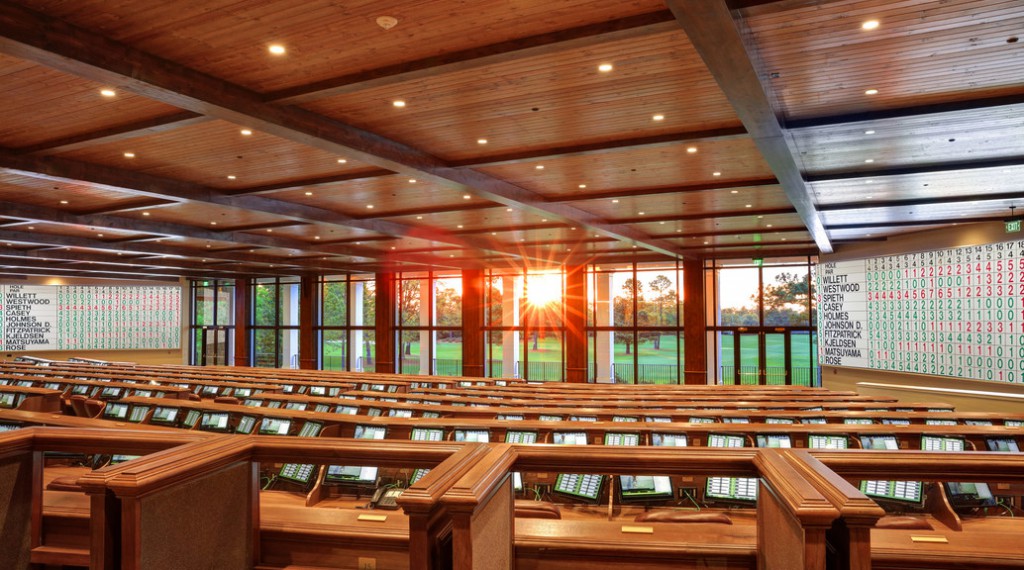 A comic once cracked, “80 percent of success is showing up.” For the past 35 years, I’ve been showing up at the Masters. Unfortunately as was the case last November, next week I’ll be covering the tournament remotely—online and on TV. It’s a letdown but that’s how it goes in these pandemic times.

Still, it’s fun to reflect on my Masters journey which began in April 1984 when I was issued media credentials for a fledgling regional golf magazine. Adopting a trusted survival mechanism, I kept quiet, did my work, and minded my manners. But being at the Masters is not about the writer, it’s about the story unfolding, that of the tournament and how it’s conducted.

Three and a half decades later, I’m still writing that story.

Here’s a little peak behind the curtain, shared in part over the years, in the form of answers to questions I’m often asked about one of sport’s truly wonderful events.

Where does the media work?

The third iteration during my time of the Press Center opened four years ago to universal acclaim. It’s a palatial multi-story, state-of-the-art facility that’s highlighted by a working arena of tiered seating for writers. With floor to ceiling windows, it looks out at the Masters practice area. At each desk are closed circuit and TV monitors of the Press conference room, scoreboard and various networks.

To my delight, I’m seated at the end of a row and with an unobstructed view to a enormous HDTV screen. For years, I was seated next to an American writer who was the correspondent of one of Germany’s largest newspapers.

One time I gave a tour of the Press Center to two of my friends from Grand Rapids who were lucky to obtain tournament badges. In awe of the building and its amenities, one of them asked, “Surely, the club uses it for weddings?” Nope, just one week a year.

Early on Sunday I walk the first few holes to get a sense of conditions and how the course is playing. One year, I was at the first hole when the eventual winner Charl Schwartzel pitched in for an unbelievable birdie. Considering how tough the hole had been playing that day, it was nearly a two-shot swing on the field.

When the contenders head to the 10th tee, that’s my cue to get back to the Press Center and watch the drama unfold on television. There are too many pairings and pivotal holes to follow on foot. Ironically, most of the writers at Augusts on Sunday watch the Masters on television just like you do.

What are a few of the best shots you’ve seen?

In his prime and after an errant drive (the two often went together), I watched Seve Ballesteros deep off the fairway and amid the tall pines down the left side of the difficult 5th hole. Looking at his entrapped predicament, I figured he’d punch out sideways back to the fairway. No, not Seve, the ultimate scrambler. Intensely studying the shot, he spied a tiny sliver of airspace up and between the sturdy pines. Striking the iron with the precise trajectory, his shot soared out of the pines and landed just short of the green. Naturally, he got it up and down from there for an anything-but-routine par. Pure Seve.

Another indelible memory was a Tiger Woods’ chip shot made on the green at the par-three 6th hole. Tiger’s tee shot had found the putting surface but it was 30-feet away from a back-left pin. As it’s said at Augusta, he found the wrong quadrant on this treacherous green.

Undaunted, Tiger and then caddie Stevie Williams applied their grey matter to their next play. Due to the steep pace-accelerating slope between his ball and the cup, Tiger used a sand wedge to surgically clip his ball, lofting it over the slope while applying the necessary backspin to keep it within four feet of the cup and yes, where he made the par putt. It was a quintessential Tiger.

Someone in the gallery shouted, “Don’t try that shot at home!”

What makes the Masters so special?

Besides the ineffable beauty of Augusta National in full bloom, I’m always amazed by an overriding sense of order, decorum and etiquette. There’s no littering at the Masters. Instead, green plastic bags imprinted simply with “Please” beckon patrons to properly discard their cups and wrappers. Likewise, attendees are instructed, “Wear your badge, please, where it can be seen. The complimentary Spectator Guide reminds, “Everyone should be treated with courtesy and respect.” And they are.

Anything you think should be changed?

I’ve always wished the final round would end closer to 6 p.m. (instead of 7) so as to allow for more time and daylight for a multi-hole playoff. Sooner rather than later, a playoff will go beyond two holes and it’ll be suspended due to darkness until the following morning. Imagine the disappointment and loss of drama. 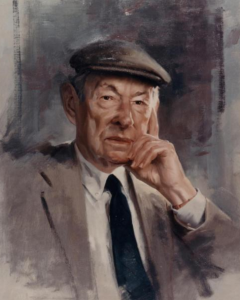 Do you have a favorite Masters moment?

You mean, besides tasting my first chicken breast sandwich? I was always appreciative and humbled by the courtesies shown to me by the late Herbert Warren Wind, golf’s famed man of letters who penned eloquent and long essays for The New Yorker.

Following some correspondence, we had developed a modest friendship. In truth, he was a consummate gentleman, dressed in a tweed jacket with tie, who patiently listened and responded to the queries posed by this neophyte golf scribe.

During the final round of the 1988 Masters, we were standing together behind the 4th tee watching leader Sandy Lyle several hundred yards away on the green. Being in his 70s, Wind’s eyesight wasn’t keen so he asked me to provide a commentary on what was transpiring on the green. With my binoculars (a must item for savvy Masters patrons), I watched Lyle line up his two-tier, impossible putt and then did my best Jim Nantz rendition of the ensuing call. “Lyle is over his putt, he strokes it, it’s rolling and rolling and my goodness it finds the cup for birdie!” Turning back to a beaming Wind, I hear him say, “Magnificent!”

In a word, that’s the Masters. And that’s why I keep showing up…next year.

One Response to “Showing up at the Masters”