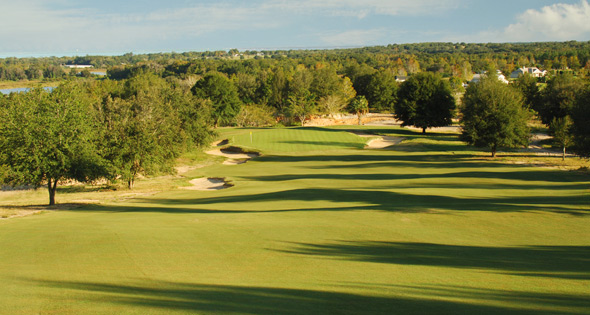 [Note: This course is permanently closed.]

Sugarloaf Mountain should be the model for future golf course designs in Central Florida, particularly those built in the scrub, orchard and sand hills regions west and north of Orlando. That is if there are any future golf courses.

Unfortunately the course and development (including a dormant housing component) was built just as the global economy—and the real estate economy specifically—began imploding so the entire project has been in jeopardy of collapsing since the day it opened. As a result, not enough people have seen the course, and even if golfers were more aware nobody’s going to be in a position to build anything like it for a very long time.

That’s a shame because The Mountain, as it’s called, is the first design around these parts to capture the potential of this distinctive Florida ecosystem. It’s draped over the top of a mountain–okay, it’s a big hill–of sand at one of the state’s highest points 30 or so miles from Orlando. It sits on the northern end of Lake Wales Ridge, a narrow chain of giant, rolling ancient sea dunes that stretch over 100 miles north to south down the center-west section of the state. There are a lot of rather wooly, rural pockets of elevated land along it that people don’t really know about, but typically developers have built and crowded with homes the naturalness out of those that do exist. That’s not the case here. 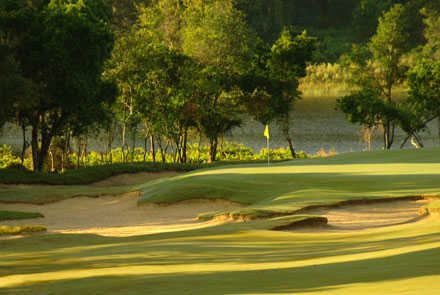 From heights to lows–the 4th green sits in a grove near some of the only water on the property.

The site has some remarkable topographical movements, highlighted by the 507-yard par-4 13th that cascades about 150 feet from tee to green. But the beauty of the course–and what can be taken from it going forward–is its natural appearance, the way the architecture evolves from the ground and subtly bleeds into the surrounding oaks and scrub. The pedestal green at the dainty par three 11th looks like it abruptly sprouted from a field of sand and bush.

The routing has plenty of room to breath as it rides across the terrain and banks and accelerates against the slopes, and while the up-and-down character of the holes isn’t necessarily unique the width and the way they play at running angles against them is. It adds a sense of adventure and attack to the site’s rusticity, and a new interpretation of an old theme.

A couple of the holes don’t really work for me like the par-3 8th that plays over a rimmed retention pond to a semi-blind green and a slender, uphill and mostly blind par-5 18th whose scale seems out of place with the rest of the course. But as you would expect from this architectural team the putting surfaces are suave and remarkably creative (check out the size and internal movement at the 257-yard par-3 17th), moments of bold elegance amid a sea of native unrest.

I don’t think this is in the first tier of Coore and Crenshaw’s work, but it’s light years ahead of almost everything else in Central Florida. (92) 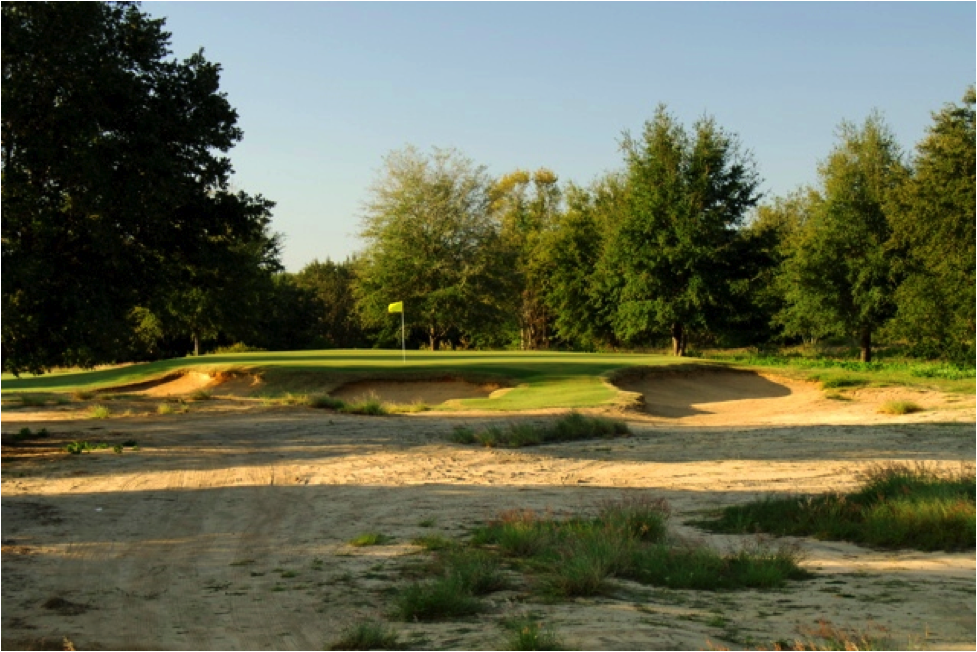 The tiny par-3 11th is one of the most distinctive short holes in Central Florida.