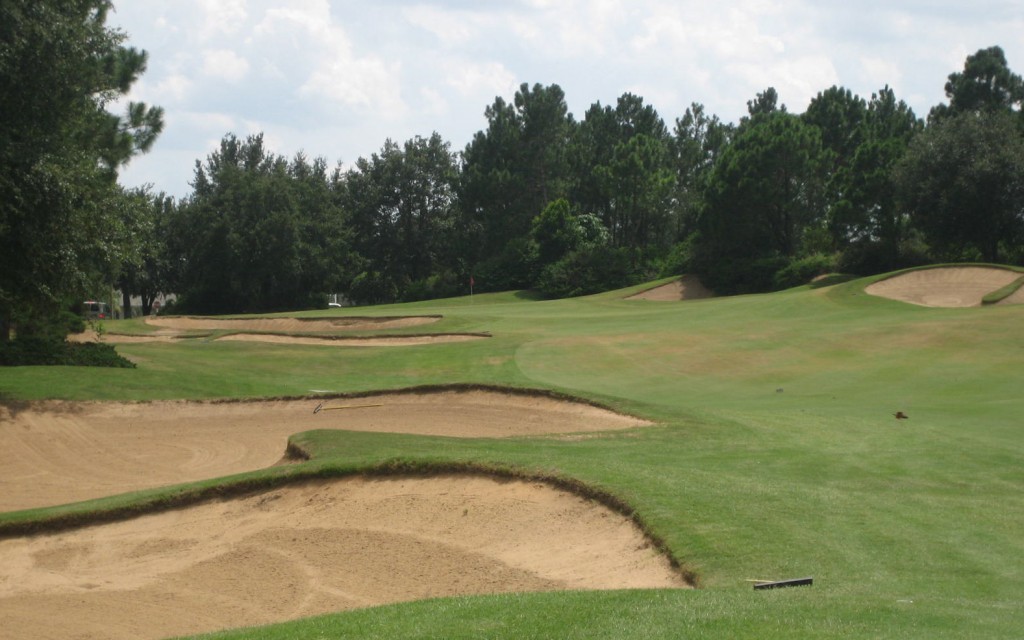 The alluring curve and flow of Southern Dunes

On one hand it’s easy to recommend Southern Dunes because, between the ropes, it’s a Central Florida original. This design has much going for it—great raw materials sitting atop a deep sand ridge; gliding elevations; distinctive bunkering that creates distance illusions and alternate angles of play; putting surface contour with knobs, slopes and other intricate little details; and a good back-story (one of the original investors is professional poker player Dewey Tomko, so you can imagine some of the side bets that have taken place here).

On the other hand I have to work a little harder to justify its rating because the surrounding housing development nearly sucks the life out of everything good. It’s hard to overlook, say, the second hole, an otherwise terrific short par four where the backyards and enclosed pool are so close you can sometimes hear telephones ringing, kids screaming and even televisions. What I emphasize is that as the round progresses, you tune it all out because the course demands so much of your attention. 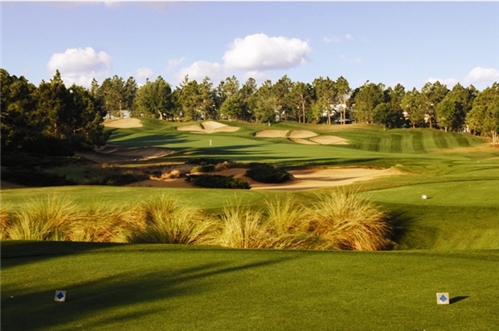 The reward at the uphill par four 7th is proportionate to how much of the corner you want to cut off.

Even though the fairways are expansive you soon realize you need to figure out what line to play and usually what club to use. There’s a great Bottle hole at the 5th where you decide on either a high or low path separated by a string of bunkers. A big Augusta-like roping hook is needed to get down the hill to the garden spot at Southern Dunes’ own long par four 10th. And how do you elect to take on the wide fescue-clotted bunker complex on the inside corner of the par four 15th?

The intricate, curvaceous bunkering may seem obvious but little bits of subtlety lurk in the details, and moments of treachery are recurring, like missing the green anywhere on the downhill par three 11th. Or having a downhill lie hitting to the small elevated plateau green at nine. Or finding one’s ball on the wrong level of the tri-tiered 16th green. Or being above the hole at the 17th. All of which demands outstanding mental and physical acuity, which you’ll need to overlook the lamentable ambiance. (90)