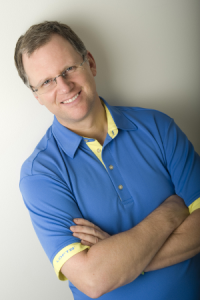 Paul Dewland, a golf performance coach in Mississauga, Ontario, is coaching me in the mental part of the game. He's got his work cut out for him.

Paul Dewland has taken on the auspicious challenge of coaching me on the mental side of the game, and I’ll be sharing my neurosises, scars and traumas as we go along. Content Rating: Everyone.

I can be rolling along quite nicely on the golf course, like a sweet old lady on her way to tea with a friend. Then, with the suddenness of a purse-snatcher darting out of an alleyway to grab my handbag, I am instantly a victim. The unmentionable–that which cannot be named–has invoked its wrath.

To name it might give it more power over me. The hosel rocket is the closest I’ll come.

It’s a strange thing. It’s a like a demon that has possessed my soul and comes out to play havoc with me for its pleasure. It is a strange thing for playing partners too. When an attack occurs, it’s like I’m at an office party chatting nicely when I suddenly pull my pants down to my ankles and start telling dirty jokes. Everyone is mortified. No one knows what to say.

It’s been happening for about two years now. But I have decided not to suffer in silence any longer, that I will share my pain publicly so that others may benefit, and to seek professional help.

Exorcising the hosel-rocket demon is one reason that I’ve hooked up with golf performance coach Paul Dewland from Mississauga, Ontario. A certified trainer in neuro-linguistic programming, Paul has been a performance coach in the corporate world for 18 years, but he branched into golf six years ago. Now he’s doing mental performance coaching full-time now under the name of PureMind Golf.

I’ve always been interested in how people perform at high levels in all things, and I’ve read just about every book on the ‘mental game’.  I’ve taken oodles of lessons on swing technique, but never a lesson on the mental side of the game.

Until this week. I met Paul recently in the lounge at Brampton Golf Club at 6 a.m. for my first of several sessions of what I facetiously call Brain Surgery. I will blog about my sessions with Paul and experiences on the course.

One of the first things we talked about is that most people hate the feeling that comes with change. We may want to eat less and exercise more, kick a bad habit, or stop a certain behaviour. But the vast majority of us don’t change.

“Instead, we make excuses, blame, justify and deny,” says Paul, a big man of about 6-foot-2, with glasses and the friendly smile of the local druggist.

Instead, we do what we feel like doing, like grabbing that bag of chips when we’re tired, hungry—and likely stressed—and seek distraction with Dave or Jay.

You know what’s coming… the no-pain-no-gain message. To change, we must go through a feeling crappy stage. In fact, Paul says that feeling uncomfortable is proof that change is taking place.

But making change as a golfer means I’m going to suck for a while. I think that’s why most men don’t take lessons; they can’t stand the thought of playing terribly, even for a little while, that they’ll lose bets, get out-driven, and worse, their buddies might ridicule them.

And when I played with Paul after our first session, I did indeed suck. Actually, as we played, we didn’t really try to work on anything specifically, just play golf and have a good time which was easy because our playing partner was Ron Wicks, the former NHL referee and one helluva story teller.

Life was good, life was sweet, when… I was attacked!!! My eight-iron on the par-three third tee, made a sickening clank, and the ball darted right and righter into the green foliage. Ron and Paul didn’t say a thing. I felt stupid, kind of depressed, vulgar. Like I’d just let one rip at 11 o’clock mass.

I sullenly re-teed and hit a solid shot to the back of the green.

We continued on, and came to the second par-three tee at Brampton. I lashed a 5-iron. The demon struck again. “F***!” I slammed the club into the ground.

Like a medic at the scene of carnage, Paul was by my side. “Just breathe. Don’t give attention to it. Just breathe and move on.”

I marched to the ball with fists clenched, trying my freakin’ best to just freakin’ breath. When I got to my ball–in the next fairway–I was still irate, but I went through my routine, breathed like a whale, swung a lob wedge nicely, two putted and moved on.

On the next fairway, I looked at Paul and started, “You know, what I think happens…”

“Stop. You’re confessing,” he said. “That just deepens the pattern. Don’t give any attention to it.”

Ah… ok coach. For the next few holes, I still felt angry and off-balance in every way. I was driving the ball left, chunking irons, leaving putts short… all good stuff, according to Paul, in my zeal to change.

The next day, Paul and I chatted on the phone, and he readied me for The Explanation on his command to “stop.” By thinking about the cause or how to correct my hosel rockets, I have been reinforcing the behaviour that causes more of them.

“Trying to figure out what you do wrong just makes you do it more often.  We get better at what we pay attention to. It’s like telling a two-year-old to stop whining in the grocery store. She’ll just do more of later on, because that’s how she gets your attention. By calling attention to it, we reinforce the behaviour.

“It’s like trying to fix a slice. If the intent is to try to fix the slice, we just engrain what causes a slice. We don’t need to know what we do wrong. We need to start focusing on a new behaviour.”

Paul notes that trying to fix a slice—or hosel rockets—requires remembering the cures. But he says “the memory is useless at helping us improve in golf.

“The imagination is far better at helping us get what we want,” Paul explains in his direct and plain speaking way. “The brain and body work together much better when we focus solely on the desired swing. By imagining hitting a sweet high draw, you’ll have much better chance of actually hitting one, than trying to cure a slice.”

Paul moved on to Important Explanation Part II. He noted that to make judgments about myself as someone who hits hosel rockets just reinforced my propensity to hit them.

He advised me that the next time that it happens, and it sure will, that I do my best not to make a judgment. “It’s like being with your kid in the grocery store. Just watch without judgment. It’s like you’re watching the ball go to the right, and you witness it but you don’t make a judgment.”

That is a challenge for me on the golf course, and most certainly off.