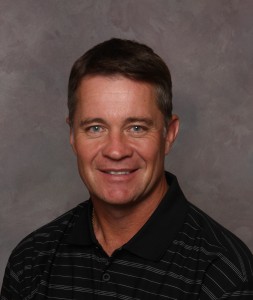 When making big changes to your game, 'you get a lot worse before you get better,' is the sobering reality offered by Tom Jackson, Director of Instruction at Core Golf Junior Academy in Orlando.

My expert opinion as an amateur psychologist is that the easy part of making change is deciding to make it. The action part—and sticking with it—is the hard part.

Say you buy a pop psychology book on Friday at lunch, and you devour it (the book) by Sunday night. You declare change is gonna come. Let’s say that change is not to eat junk food while watching Jay or Dave anymore.

With newfound determination, no junk food is consumed Monday to Wednesday. But Thursday is a brutal day at work and then your teenager tells you to do something anatomically impossible with yourself.

In a weak moment, the junk food comes out. But afterwards, when it feels like you’ve got a brick in your stomach, you might feel disappointed in yourself, pissed off, maybe some shame.  You beat yourself up really well. You might even call yourself choice names.

I’ve been there many times. (I think it’s exacerbated by Catholic guilt, but that’s a whole other psychic worm hole best left unexplored in a golf blog.)

I had a similar self-flagellation punch-up just last weekend. As per earlier blogs, I’ve battled the shanks this summer. But through coaching with mental guru Paul Dewland and swing coach Annie Mallory, I’ve been working on changes and seeing some progress. Recently, I had gone through several rounds with no shanks and I liked my thinking.

Last Saturday morning, I was rolling along nicely after five holes at one-over when I came to a wedge shot. Between clubs and feeling uncomfortable, I karranged a shank. I hit two more on the front, then three or four on the back. I stopped keeping score but my internal nut-bar kept freaking out.

The harangue went something like: ‘This is brutal. I can’t play golf this way. I work in golf and I write about it. What right do I have to write golf instruction articles or blogs? Who could watch me play like this and read my stuff? It’s a joke. I should just quit. This is no fun. Hell, maybe if I did something different, I’d have more time and make more money.’

Here’s the semi-expert, self-analysis perspective: In terms of my golf, I’m working on changing the way I swing and think so I play better golf. I’m not focusing on fixing the shanks. They will go away if the rest of my game improves.

But I’m trying to change engrained patterns of behaviour. I’ve repeated them so many times,
they are unconscious habits. (It’s no different than your routine when you, for example, you get in your car. You likely go through the same sequence of motion every time.)

To change my patterns, I have to consciously work at them. When I’m relaxed, feeling relatively good and full of energy, I can work efficiently at the changes. But if I’m stressed and pissed off—like when I hit two hosel rockets in a row into a pond—the habits overcome my best intentions.

And that’s when my ego starts to moan, whine and says, ‘Quit, you loser.’

“The ego is trying to protect you,” Paul says. “It’s the fight or flight syndrome. For you, it’s not a bear in the woods, but the shanks. Your self esteem and sense of self feels attacked, so the ego says ‘Run away.’ In other words, quit golf.’”

That made sense to me (and of course, I won’t quit). The next part didn’t.

“Shanks are no big deal when you’re working on what you’re doing,” she wrote in an email. “It just means you’re starting to get into a better position with a little flip still present.”

Phew. After reading that, I laughed at myself for getting in such a lather, and I felt that sense of renewed hope that keeps golfers—and junk food junkies who want to get clean—going.

At my next lesson with Annie, she showed me the technical reasons why I had started to shank again; in trying to keep my hands ahead, they were getting blocked by my early hip turn.  We worked on a couple of new drills that focused on better body position. In combination with my new hand position, I was hitting some sweet shots.

After Annie left, I was goofing around hitting spinning wedge shots like I’ve never hit before. It felt wonderful. I drove home beaming.

Having gained some perspective from Paul and Annie, I learned that when I’m working on change-—of any kind–I’m winning, even when the results don’t appear to be coming right away.

“You’ll get worse before you get better,” Core Golf’s Tom Jackson told me over the phone the other day. “It’s a long road.”

This reminded me of the first time I tried to quit smoking in university. The first few days were OK. But when I got to my first party, I gave in before I’d finished my first beer.

Eventually, I did stop. My will to change and my ability to stay the course prevailed. It’s not easy, but change can come. Even to a whiny shanker.