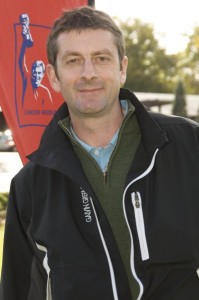 I`m cured… a new man. I`ll never shake over another vomit zone putt again, or let thoughts of my last shank intrude as I settle over a wedge.

At least those are the kind of delusions that I`ve had swirling around my head after I`ve devoured most every golf psychology book that I`ve ever read. Like most self-help books, golf psyche books haven`t made a lick of difference in my paralysis-by-analysis, nervous Nellie, choking dog tendencies.

However, some advice that I heard has finally managed to get through my thick skull.

On the recommendation of PGA Tour coach Sean Foley, I checked out Karl Morris, Europe`s top golf guru. He’s worked with players such as Lee Westwood, Darren Clarke, Graeme McDowell, and many more, but his profile is fairly low in North America.

Morris’s Mind Factor CD series are terrific for in-car listening.  Morris is a great writer, he has an engaging speaking style, and I’m a sucker for his English accent.

But mainly, Morris`s CDs are full of concrete strategies. Instead of thinking something ethereal such as `trust my stroke` or `play without fear`, Morris recommends practical techniques that even I can use.

At a workshop in Toronto recently, Morris offered a solution to the common problem that golfers have in developing and maintaining confidence. Mainly, he advises: collect some evidence to bolster your confidence.

(The workshop was presented by respected Toronto-area golf professionals Jeff Boismier and Danny King who have formed Goose Bump Performance.)

As background to his discussion on confidence, Morris said the overwhelming majority of golf practice is “completely useless.” That is, most golfers will hit a shot on the range or green, and if it doesn’t turn out as planned, they’ll immediately hit another in hopes it will be better.

However, that’s not how golf works on the course. “Every shot in golf has a consequence,” he said. “So it makes sense to incorporate consequence into your practice.”

Morris recommends a game called Par 18. You play Par 18 at a practice green that allows chipping.  He suggests you play nine holes. Each hole is a par 2.  Thus, Par 18. For example, if you chip up and make your putt, you’ve made par.

The rules are that you cannot replay any shot, and you cannot play Par 18 more than once a day.

This way, you’ll feel the pressure of trying to make shots, and you’ll have to deal with your thoughts and feelings–just as you would on the course.

After each game of Par 18, Morris recommends you record your Par 18 scores in a notepad where you also write other important notes about your game.

Over time as you play Par 18, Morris says your short game technique is bound to get better, as will your ability to deal with the consequences of poorly hit chips and missed putts. The scores in your notepad are tangible proof of your improvement.

“Now, you have evidence that you are improving,” Morris said. “Your confidence will increase in your short game as your Par 18 scores go down.”

Morris noted that on the two occasions Graeme McDowell shot his lowest Par 18 scores at a European Tour site, he won both tournaments.

For more information on Karl Morris and his products, visit golf-brain.com.