Does anyone snore? is not the first question that needs to be answered when planning a golf trip with fellow players. It’s probably about the sixth, though it should be asked, since if room sharing is a part of the ultimate plan someone like Steve could be lurking.

In a group I travel with on a more or less annual basis, Steve is a definite planning factor, as in planning around. Because Steve not only snores–hey, we all snore a little, right?–but he snores long and loudly enough to raise the dead. Heavy sleepers could be vibrated awake by the rattling, catarrhal train wreck that is Steve’s snore. Light sleepers ran the risk of being awakened even when Steve had his own room downstairs from everyone else in the group. 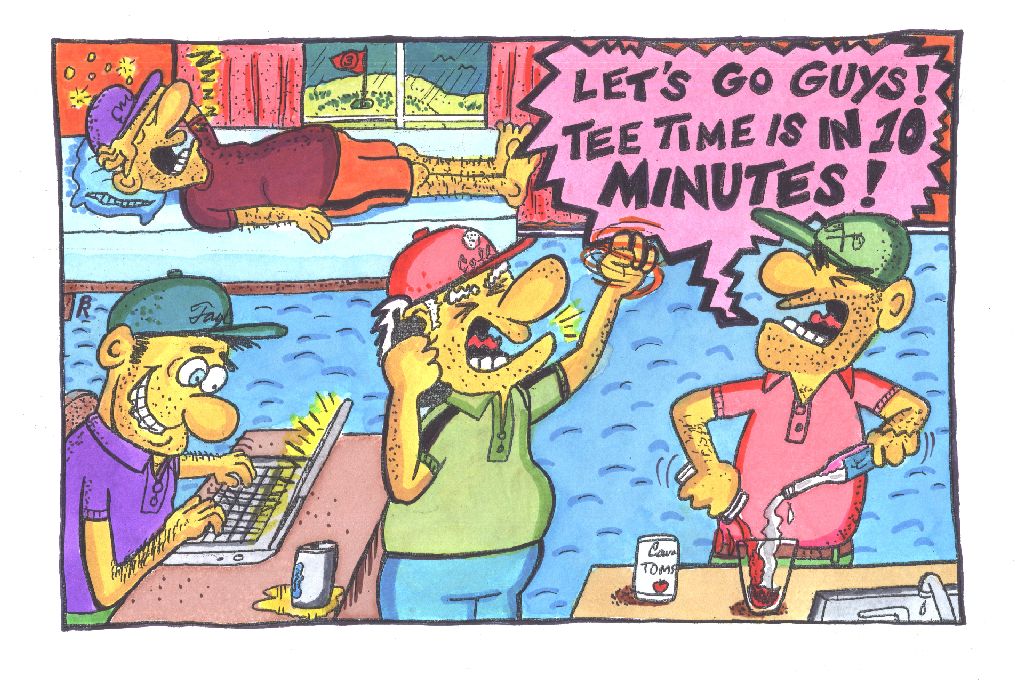 There was never any question of excluding Steve, because he’s such a likeable guy in the waking hours. But it does point out, said Sam Baker, that the first question that comes up when the germ of a golf trip is planted is neither Where? nor How much?

As the founder and CEO of the golf travel company Haversham & Baker, Sam has seen it all in terms of planning. “I’ve been doing this professionally for 20 years now, and I know that when that initial call goes from one guy to another, the first question is: ‘Who’s going?’ Let’s face it: most golfers live in mortal fear of spending an extended amount of time with an asshole.”

Once an agreeable cast of characters is sorted out, then the Where? question comes into play, with only two variables–either it’s a place golfers have been to before and enjoyed enough to visit again, or it’s a new venue that they’d like to experience.

My cousin, Robert Pierce, made an annual Myrtle Beach trip for more than a dozen years, and then the same group (originally 16, then 12, and finally eight) went to Florida for a handful of years. “We would always have one guy that planned it, but we’d usually stay at one place that had two or three courses. Then we’d pick a few other tracks so we wouldn’t have to travel that much. That’s because we’d play 36 a day every day at first.

“Ultimately we cut it down to 27 holes a day, and finally only 18 a day with one nine-hole scramble day. We’re were getting too old to get up so early in the morning. Or too hung-over.” 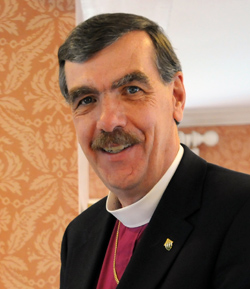 On the other hand, the bi-annual Cranmer Cup, held since 2000 between American and Great Britain-Ireland Episcopal clergy, looks for new locales each time, alternately in the U.S. and U.K. The hard-fought Ryder Cup style competition is named after Archbishop Thomas Cranmer, so the first was held at Frilford Heath, not far from where Cranmer was burned at the stake in 1556.

Dr. Edward J. Konieczny, the Bishop of The Episcopal Diocese of Oklahoma, was on the 16-bishop team for the first time this year.

“Everyone makes their own plane reservations,” said Thomas Ely, the Bishop of Vermont and team captain. “But I suppose the toughest thing is coordinating everyone’s arrival and rental cars, and seeing who’s taking part in the pre-tournament golf trip.”

The third question for planners is the self-evident, When? If the foursome, eightsome or whateversome is set, a date has to be found when everyone can work it in. And it obviously works with the Where? question, since dates have to take in high or low seasons at the destination, not to mention the most favorable weather dates.

“No question,” said Pierce, “setting the date was the hardest thing.”

Then we move onto the fourth query, which is actually often more of a statement than a question, as in: “Honey, some of the boys [or girls] are thinking about talking a golf trip….”

The question part of this conversational gambit–“What do you think?”–can be as delicate as handling nitroglycerin, hence it is best not uttered out loud, but left to the implications in the wind.

One’s spouse will likely and readily supply the fifth question: “How much will it all cost?”

With that cat out of the bag, planning can begin in earnest. Cost can rule out all sorts of options and participants, and open up the discussion as to whether the trip will remain domestic or foreign, self-planned or handed over to specialists. 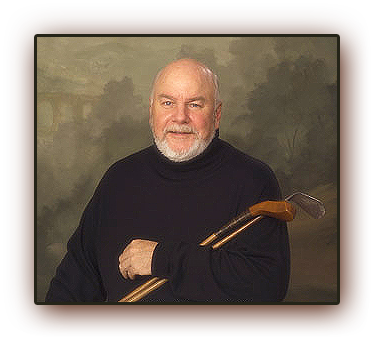 Sam Baker, one of the specialists, nonetheless knows when he’s not needed: “If you think about a golf trip in terms of building, the truth is that the simpler the task the more likely you can do it yourself. If it’s a two-room cabin, it’s not too complicated. But the more rooms you add, the more complex the situation gets. Then it begins to make sense to put it in the hands of someone who does it dozens of times a year.”

In other words, a three-day jaunt to a multi-course golf resort is easy to set up. But heading overseas with a plan to play seven to ten courses in eight days is another ball game altogether.

Baker said, “If you plan to stay in three or four different places you have to face the fact that it will take anywhere from 30 to 50 different sets of arrangements and reservations.”

He’s seen many a long thought-out, but still unrealistic plan, often including impossible travel times between courses: first-timers to Ireland, for example, often look only at the mileage, assuming cars whip along as they do in the U.S. But anyone who has actually traveled some of the narrow and winding Irish roads know better.

Other plans have included Sunday rounds on the Old Course in St. Andrews. “The only way you play St. Andrews on a Sunday, when it’s normally closed,” said Baker, “is if you’re qualifying for the Open Championship.”

Haversham & Baker draws over 95% of its clientele from private clubs, and is upfront in explaining that it’s not for those who want to approach overseas golf as cheaply as possible–where as much golf as endurable is the goal and sleeping and eating arrangements are afterthoughts.

But Baker draws a distinction between price and value. “You can have two sets of arrangements at the same hotels and playing the same courses and one experience is completely different because you wasted time looking for places to eat, and then ate at the wrong places, all while crammed into a vehicle that’s too small.

“Plus you may miss what you shouldn’t–the plaque on the sixteenth hole of Royal Birkdale where Palmer slashed out of the rough on the way to his first Open Championship in 1961 [it was then the fifteenth hole], or in knowing beforehand that Harry Vardon called the fourteenth hole at Royal Dornoch in Scotland the greatest natural par-4 in the world. We’ve done all that research for you already.” 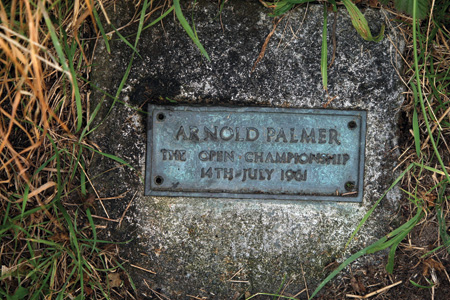 THE LEADER, THE BANKER

Someone–and one is key word here–has to take the lead for planning, even if he or she is the one to hire a golf touring company. It can be a tough job to arrange all the accommodations and golf–albeit easier in the internet era–while figuring out who has allergies to goose feathers or soft shell crabs, and then taking the heat for all that goes wrong. Provided the leader isn’t a dictator, he’s owed a certain amount of obeisance. 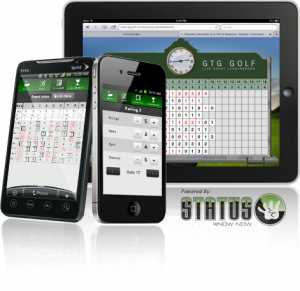 But the leader should know that there’s nothing wrong with making others a part of the team by delegating responsibility. Enter the banker–the player to keep track of all the handicaps, scores, and bets.

I wouldn’t take this job for, well, for the entire pot. That is, until I learned about Grow the Game Golf on a recent week-long trip to Scottsdale, Arizona. A new cross-platform web and smartphone app, GTG Golf can be pre-programmed with all the data for course, matches, players, handicap and particular games (one best ball, two best ball, team, gross, net scores and more) and all easily computed as the day wears on simply by entering scores on one’s smartphone.

Plus you can check scores for all the foursomes out on the course (up to 1,000 players) on a regularly updated leaderboard. And if you have the nerve, all this information can be beamed back to friends (or spouses) who weren’t able to make the trip.

About the only thing it can’t do is sink that four-footer for you, or cure Steve’s snoring. 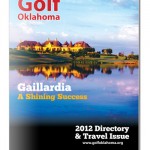