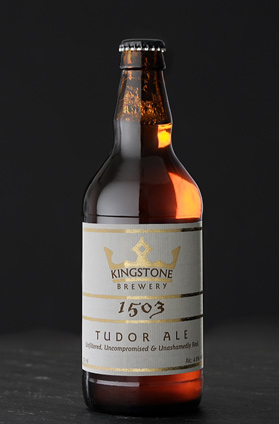 The Ryder Cup starts Friday at the Celtic Manor Resort in Newport, Wales, and I’ll have to go pretty much on the memory of playing the Twenty Ten Celtic Manor Course last month, since I’ll be attending a wedding this weekend in Philadelphia. I don’t imagine I’ll see much of the competition, and while there may be some fine brews there to try, I’m not expecting to find any Welsh ones.

So I’m glad I hung on to the last bottle spirited home from Wales, from the Kingstone Brewery in Tintern, in the Wye Valley and not much more than a sheep toss across the River Wye from England.

Besides toasting captains Corey Pavin and Colin Montgomerie and the boys–if one needs another excuse for a tipple–Tuesday is National Drink a Beer Day in the U.S. I’m not sure I’ll treat this day any differently than the other 364, although I did forget to take note of International Beer Day on August 5, so maybe I’ll make it a twofer Tuesday.

The golfers will be further south, not inspired by the magnificent wreckage of Tintern Abbey near the brewery, so I don’t imagine too many of them will be quoting William Wordsworth:
How oft, in spirit, have I turned to thee,
O sylvan Wye! thou wanderer thro’ the woods,
How often has my spirit turned to thee!
Bonus points for those who know the full title of Wordsworth’s “Tintern Abbey” is ““Lines Composed a Few Miles above Tintern Abbey, on Revisiting the Banks of the Wye during a Tour. July 13, 1798.” 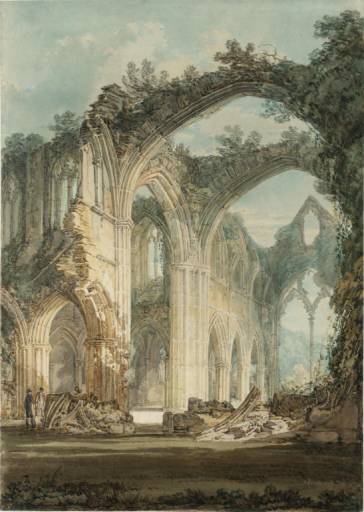 J.M.W. Turner, "The Chancel and Crossing of Tintern Abbey, Looking towards the East Window," 1794

The long-abandoned abbey also inspired Tennyson, and the painter J.M.W. Turner, whose The Chancel and Crossing of Tintern Abbey, Looking towards the East Window was composed four years before WW’s ramble through the countryside.

Edward Biggs also takes his inspiration from the natural world, particularly the way yeast takes on sugars in the brewing process: “I’ve always loved ales, and drank them.  That’s why we had so many ales in the shop.”

That’s the Meadow Farm Shop, which Biggs and his wife, Tori, took on eight years ago, and which sells its own breads, preserves and other baked goods as well as local produce and now the Kingstone beers.

“A friend was running the brewery and basically said he’d had enough of it, so I took it on,” said Biggs.  “Now we sell only our own beers, all brewed on a four-barrel system.  They’re all bottle-conditioned or cask-conditioned, and I do about three to five brews a week.”

Biggs is a lucky man–he loves his work: “I love the entire process, from grinding the grain, going through the brewing process, bottling, and meeting the customers, which to me is just great. 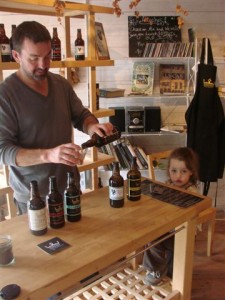 “Not that I always understand them.  One said to me one time, about the 1503 Tudor Ale, ‘Oh, I couldn’t drink much of that.’ I said, ‘What’s wrong with you?’ I think it’s definitely one of our moreish beers.”

The name comes from his appreciation that 1503 was the year that Nostradamus was born, Leonardo da Vinci began work on the Mona Lisa, and Richard Arnold, in a work called Customs of London, made one of the first references concerning the use of hops in flavoring beer, in a recipe that included oats and wheat in addition to malted barley.

Biggs went from there to produce his Tudor Ale recipe, which he calls an old ale more from antique tradition than alcoholic strength. It includes chocolate malt and some smoked malt along with the barley, wheat, oats and hops.

I appreciated the full lineup of eight different beers that Biggs poured for me the day I visited, but the 1503 Tudor was my favorite, and it still tastes like it’s right from the brewery. There’s a bit of green apple in nose, but toasty and chocolately aromas, too, all of which carry through to the flavor. It’s a textbook example of how to make a mid-level strength beer with plenty of flavor. 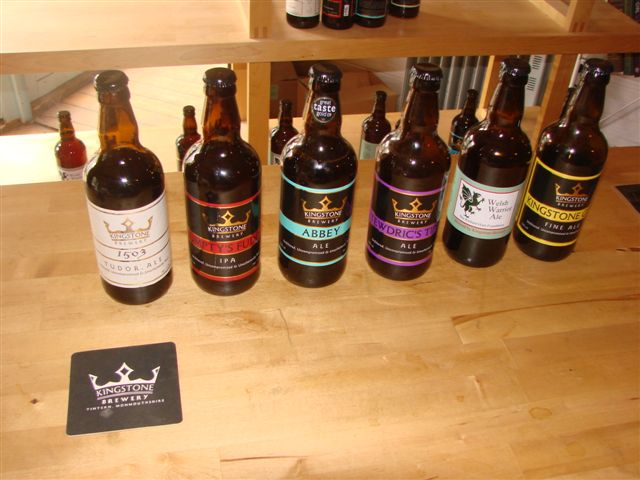 The European Ryder Cuppers might like this one, but I have my doubts about the American lads, who are more likely to be swilling lite beers, assuming their religiosity permits drinking.

Richard Arnold would surely have approved.  Wordsworth and Turner would probably simply be irked that the brewery wasn’t around 216 years old. 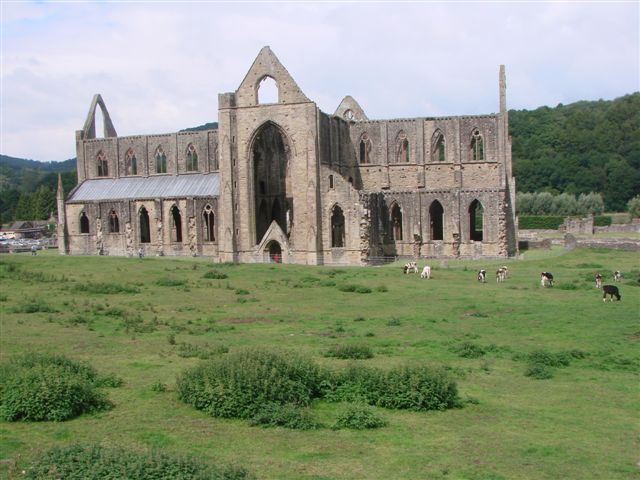