The first major tournament of the 2022 season in Vermont, the 116th playing of the Vermont Amateur Championship, will take place at the Brattleboro Country Club July 5-7. But registration for exempt players and those looking to qualify ends at 11:59 pm on June 2. Interested players can sign up at the Vermont Golf Association website. 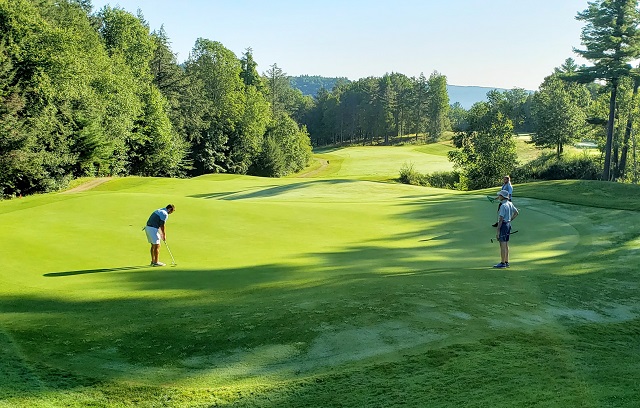 Action at the second hole at Brattleboro Country Club at last year’s Vermont Mid-Amateur Championship. The club will host the 2022 Vermont Amateur.

The Vermont Amateur is one of the oldest state amateur tournaments in the country. Since Paul Waterman won the first amateur title in 1902 at the Ekwanok Country Club, the tournament has been held continuously except for the war years. For the first time in 2020 the tournament prize was renamed the Dave Pfannenstein Memorial Trophy, to honor the late executive director of the VGA, who died of complications from COVID-19 that year.

Bryson Richards, playing out of the Country Club of Barre, hoisted the Pfannenstein trophy in last year’s Championship at the Williston Golf Club. Richards virtually lapped the field with an eight-stroke margin over runner-up Troy Goliber of the Burlington Country Club. Richards later copped the VGA Player of the Year award. 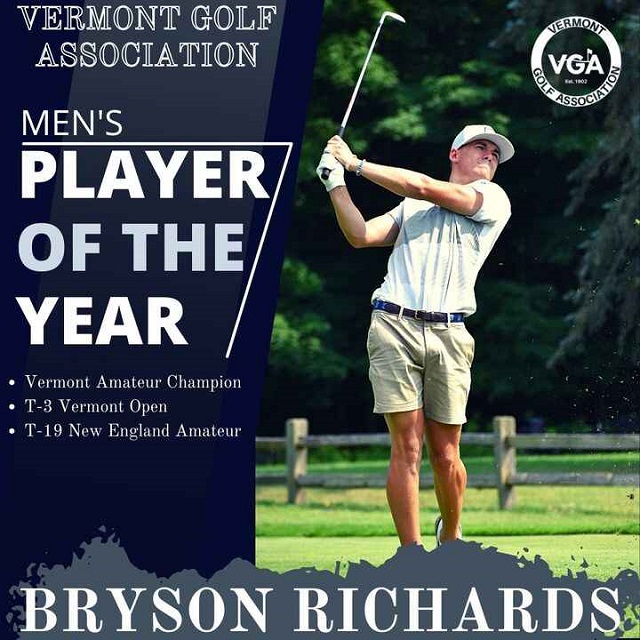