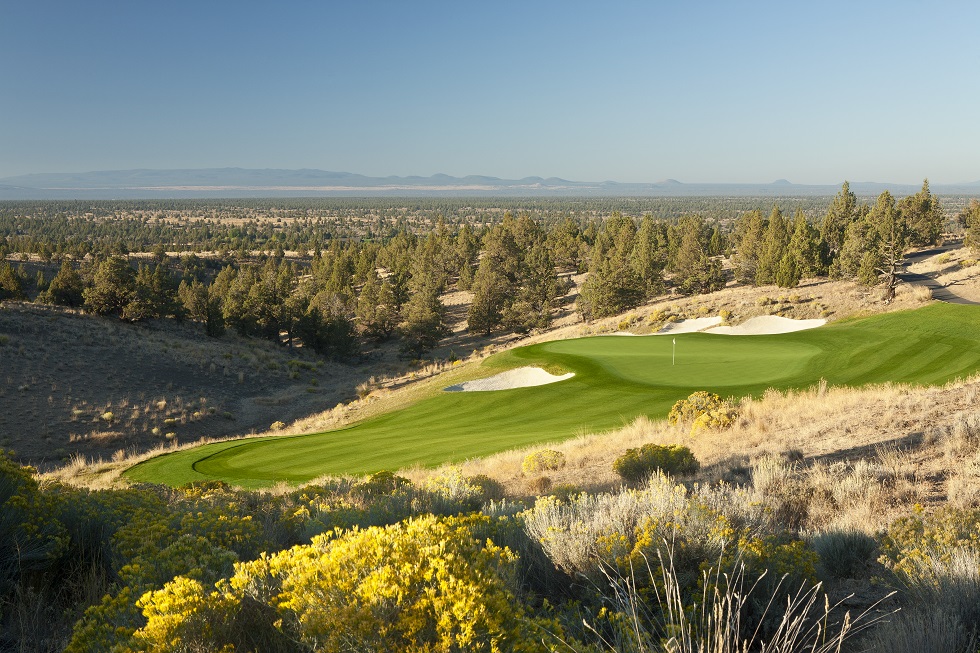 The sixth hole at Brasada Canyons

It was intriguing, as well as fun, to have the chance to play the Brasada Canyons course twice during our stay at Brasada Ranch. Although I don’t know whether to chalk the intriguing part up to the vagaries of golf, catching up on sleep, or getting to know the course a little.

There are two dozen golf courses within an hour of Bend that visitors can play at a discount through a Central Oregon Golf Trail card.  Within that group eight courses at five luxurious resorts make up The Legends Collection. It was the Golf Road Warriors’ arduous task to play one course at each resort.

Writing now with a bit of hindsight I can say each had a particular point of appeal for me. In Brasada’s case, that would be first prize for its scenic beauty. Mind you, all the courses are visually mind-blowing in their gorgeous central Oregon settings; it would be pretty difficult to screw up the natural pallet at hand. But Brasada seems the most ideally sited and suited to take in the full glory of the Cascade Range. The many elevated tees and generous fairways only work to emphasize the agreeable sense of expansiveness.

I was lucky enough on my ride from the Redmond airport to Brasada (about 20 minutes), to have John Nelson as my cicerone, tutoring me on the names of the various volcanic peaks of the Cascade Range—the distant Mt. Hood, Mt. Jefferson, Three Fingered Jack, Mt. Washington, the Three Sisters (Faith, Hope and Charity), Broken Top and Mt. Bachelor (once called Brother John, sibling to the Three Sisters). But as far as Brasada Canyons went, all I really needed to know was that all putts break toward Mt. Bachelor.

The course probably comes in last on the walkability scale, though fellow Golf Road Warrior Jeff Wallach gave it a shot in our first assay. Somewhere along the line he remembered an earlier time he had played here and asked the pro if he could walk. “Yes, you can,” said the pro. What he didn’t say, according to Jeff, was, “But you’d be crazy to try.” 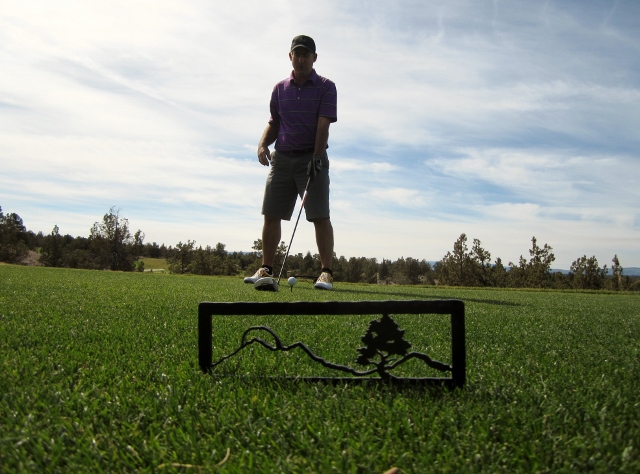 Whereas many of the Central Oregon courses are on the flat side, Brasada has more than 1,000 feet of elevation changes, long walks between tees, and the potential for some desert-like heat. Jeff made it through the first round, but the next day—a 36-hole day—he faded badly, probably due to sheer exhaustion.

Strategically, players won’t wear out quickly on the course. “It may be the most user-friendly of the five you play,” said head professional Daniel Wendt, who should know; he was around when the course was being built, helping to shape the Peter Jacobson/Jim Hardy design. (As far I can recall, the first of their courses I’ve played.)

Daniel said, “The first five holes ease you in a bit. Then the teeth come out a bit–the bunkers come more into play, keeping the long hitters honest. The elevation around some of the greens can be challenging and the back nine is a little tighter. But overall there are generous landing zones off the tee, and the greens are kept pristine and roll true.

“Women say they enjoy the course, too, because there aren’t a lot of forced carries and there are ample opportunities to run the ball onto the green.”

A good assessment, although Wendt (who holds the course record of 64), could have added that the greens are where the fun can really begin. They were as fast as they were true. I had more three putts than I care to relate. I could see how it was going on the fourth hole of my first round when I needed a copy of the book no one wants to read, How to Line Up Your Fourth Putt.

It’s golf on a grand scale, with huge greens and giant bunkers. As with many of the Central Oregon courses, Brasada is open all year long. It’s desert golf, winding through canyons and along ridge lines, beside stands of juniper and sage with armies of jackrabbits on hand, but it plays at 3,272 feet above sea level, so there is some extra carry to figure in.

Which may be why Jeff Wallach and David Whyte (our videographer, getting in a play day on our first round), both drove the 292-yard par-4 fifteenth green. I took a mighty swat, too, and the ball sailed far left–breaking, as it went out of sight, right toward Mt. Bachelor. 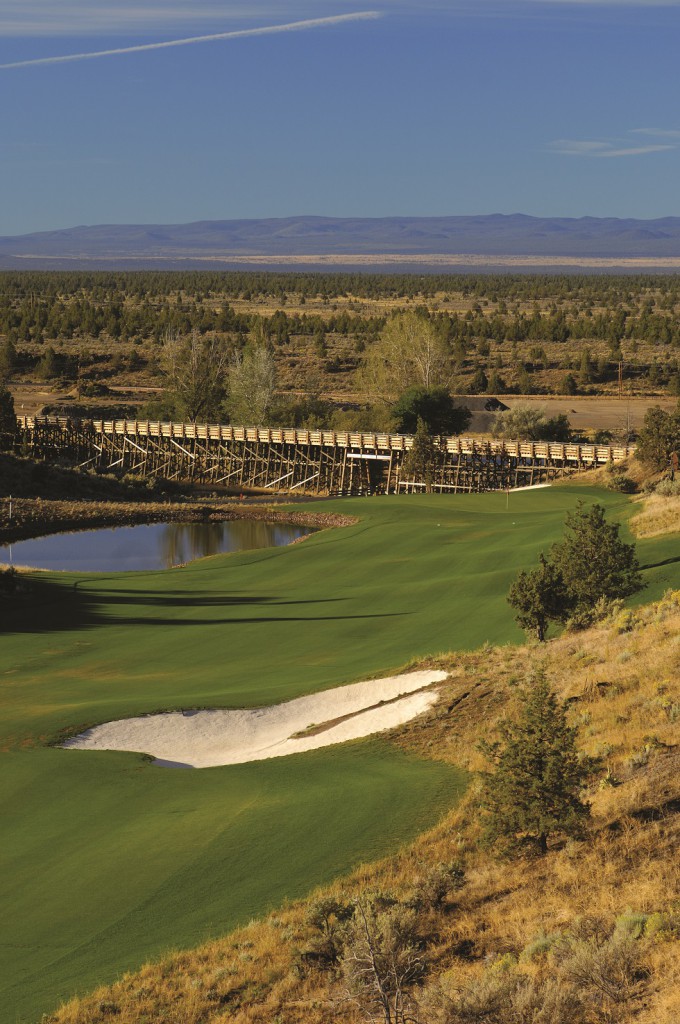 The eighteenth at Brasada Canyons, with old train trestle (now a cart path) in background.