[According to an app on my phone, winter is still 38 days, nine hours, 13 minutes and 30 seconds and counting away. But it’s getting closer every moment, even as you read this, so let’s enjoy autumn while we can, with this piece that first appeared a year ago on the Myrtle Beach Golf website, and is still there in slightly different form, along with a lot of other stories about the Grand Strand. –Nov. 13, 2015] 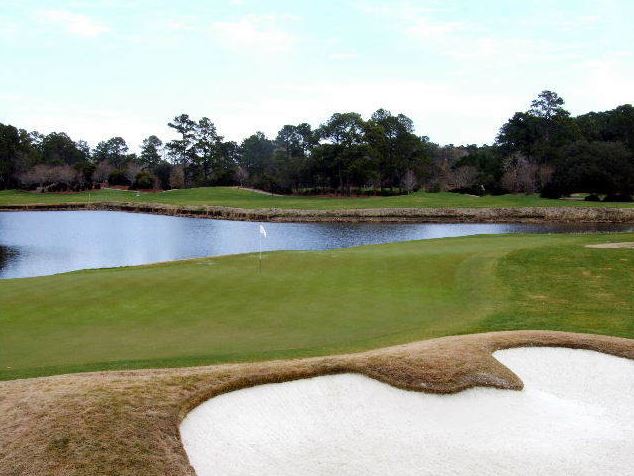 The moveable feast that is Myrtle Beach golf appeals to all sorts of players for all sorts of reasons throughout the calendar year. Some like it some it hot, some like it upscale, some seek out less expensive months, some like it for at least 36 holes a day, some prefer to set aside ample pool and beach time.

Then there’s Frank DeLuca of Toronto, who heads to Myrtle Beach with a foursome each fall. Why the fall? He said, “Basically, because my game sucks. And if I played the way I do down there early in the year I might not want to play the rest of the summer.”

Since, by Canadian law, DeLuca played hockey since birth, it was a long time before he even got around to golf. “I never thought I’d play; once you’ve hit someone over the head with a hockey stick, where’s the thrill? I figured the roughest thing that could happen to you on a golf course would be a mosquito bite on your arm.”

Golfers reading this know the rest of the story: DeLuca was urged to take part in an outing, and that was that: “I started playing nine years ago, and we’ve been heading to Myrtle Beach for the last six.” He doesn’t play hockey anymore.

Two players in DeLuca’s foursome are so hooked they also visit in April. “But they don’t like it as much then. They prefer going in the fall.” 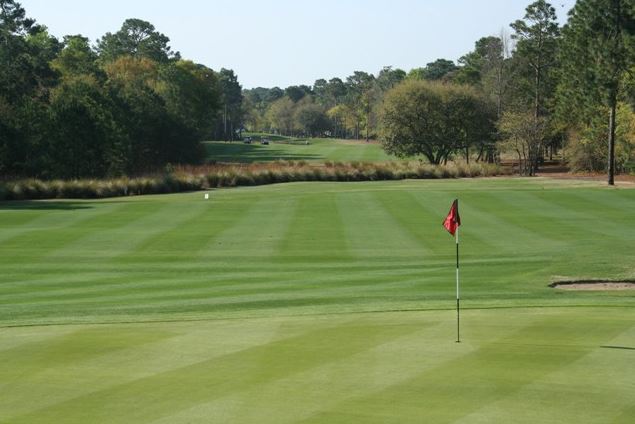 Other regular autumnal visitors are less concerned with the state of their games and are more enraptured with the state of the weather. Gary Norris, who works for a beer distributor in New Hampshire, has visited from his home in Concord each fall for about dozen years, traveling with his wife to a time share, usually the first week in October. “We have gone in the spring, too, and we like that as well, but the weather is beautiful in the fall—mid-70s, dry, no humidity, perfect.”

The weather statistics bear out the anecdotal testimony. The average high in Myrtle slowly dips from 82 in September to 66 in November, while lows average 67 to 47. Rain is rarely in the forecast.

The weather is important to Norris because, once there, he tends to go a little golf crazy. After booking a package through Myrtle Beach Golf (www.mbn.com) for a few rounds with his wife, Norris arrives and all is well: “We have money from the package for other events, a coupon for dinner somewhere, a gift card to a PGA Superstore.” Nonetheless, he is frequently overcome with a familiar sensation: “I want to play more.”

Playing more is never a real problem in Myrtle Beach. It wasn’t in 1981, either, when Ken Keener, now a retired teacher, made his first trip to the Grand Strand, even if it was somewhat less grand then—only 30 or so courses versus the 100 or so of today (the number always being bit of a moving target). But Ken’s group hit the ground running: “After ten hours of driving from the Lancaster, Pennsylvania area–the speed limit was still 55 mph then—we teed it up at 7 am on our first course and immediately followed that up with another 18.”

He’s been back in a group of 12 almost every year since. “I may have missed one. And while I haven’t played every course in the area yet, I’m darn near. I try to add two new courses every year.” 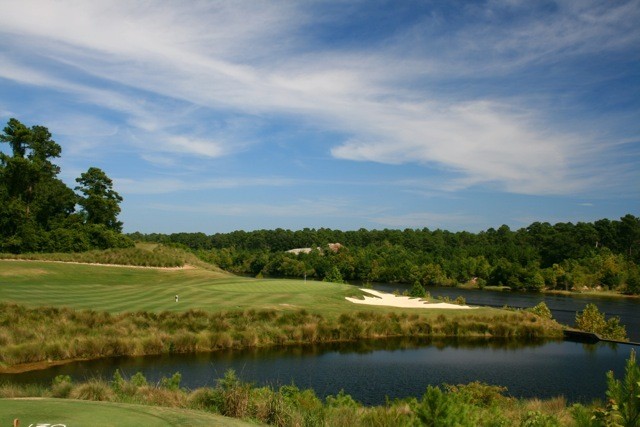 Roy Miller, who has been visiting every fall for about thirty years from the Reading, Pennsylvania area, also figures he’s played most of the courses in the area, and is partial to Tidewater, True Blue, the Grande Dunes and the Barefoot Resort courses.

Betty Quindlin, a retired school psychologist living east of Pittsburgh, said her couples group, the Sweet Sixteen, have been visiting every year since 1999, always the same week in the fall. “It’s a beautiful time of year, the weather is always good and the courses aren’t that crowded. When we first started we were kind of crazy–playing every day. Now we usually keep it down to three days and just enjoy the area the rest of the time. We always stay at the Ocean Creek Resort—fabulous breakfast, oceanfront rooms, and a Steelers bar down the street.”

The Sweet Sixteens like to start out on a somewhat easier course like Beachwood and ramp up from there, with Sandpiper Bay and Farmstead Golf Links as favorites. “We’ve all become better golfers, too,” said Quindlin. “The women in particular have improved tremendously over the years.”

This might hearten Frank DeLuca, but even if his game improved he’d keep coming in the fall anyway. By the time his trip is over and he returns to Toronto, the weather is a very iffy thing, and he basically puts the sticks away:

“It’s our last week of playing every day, and certainly of playing 27 or 36 a day. We figure the trip to Myrtle Beach is our swan song, so why not end the season with a bang?” 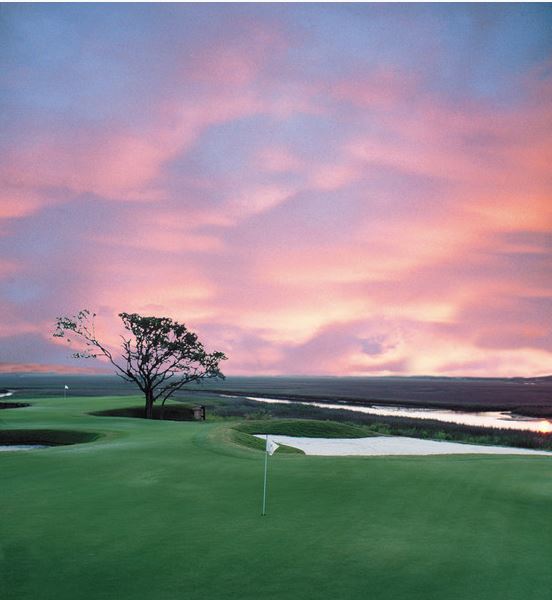