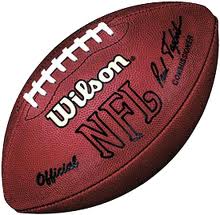 As far as I’m concerned, our long national nightmare began again about a month ago, with the start of the football season.

What’s this heresy? I could go on and on why I think football is less of a healthy pastime in this country and more of a disease, but why bother? I know I’m in the minority, so I’ll just try to keep my head when all about me are losing theirs, painting them two colors, or stuffing them in over-sized foam hats. 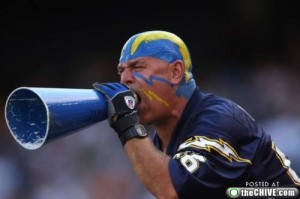 But basically, I can’t see what all the excitement is about, unless it’s the betting. (That I can understand.) The games themselves are dreadful time-sucking bores on television. They speak to American excess however, in that the games are overly wrapped in wasteful packaging, with precious little meat on the bone.

To speak of the games being boring may sound strange from someone who would far rather watch baseball or golf. Football adrenaline junkies no doubt find these sports somnambulistic. 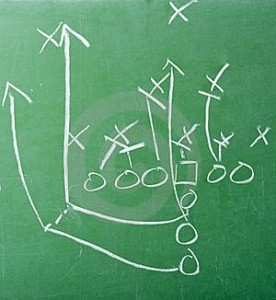 But baseball and golf are more individualized thinking man’s (or woman’s) games. Yes, baseball is a team sport, but when a batter is at the plate it’s one against nine. To win a golf tournament a player has to overcome a virtual horde.

Football, despite all the playbooks and specialists and endless X and O diagrams, is still basically about getting clobbered. It’s a militaristic advance and retreat that can’t help but appeal to the aggressive natures in players and spectators.  Good old George Carlin always had it right, when he said football was about “advancing deep into enemy territory,” while baseball is about, “going home.”

But then I said I wasn’t going to say anything. So I should move onto the beer. But even that bothers me in a football context, since many viewing party-goers or tailgaters drink too much beer, and too much lousy beer, and none of it works out well in the end. 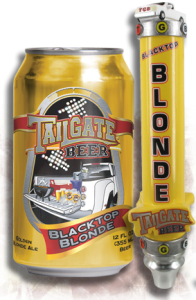 If it weren’t for the boorish behavior, I could get behind tailgating, though, since it has potential for good communal fun, with grilled meats.

The San Diego-based TailGate Beer company launched its Blacktop Blonde in January, and followed up with its Hefeweizen about the time the football season kicked off. The name bespeaks the market the company has in mind, with a goal to bridge the gap between canned craft beers and canned mainstream beers.

Other than the obvious difference that both TailGate beers are ales, and not mass market bellywash lagers, neither is pushing any brewing envelope. That may be astute marketing, since pounding mainstream drinkers with a heavily hopped beer might not work out well. (The tide does seem to be turning in the direction of more flavorful beers even among the masses, but it’s still a big ocean.)

The Blacktop Blonde, said to be named with the help of Jay DiEugenio (otherwise known as Jay the Tailgate Guy), does have some Magnum and Cascade hops in the mix to lend a lightly spicy character. But this is an easy-drinking light ale. It’s a bit hazy in the glass–and yes, drinkers are encouraged to pour canned as well as bottled beers into a glass. There’s a distinct aroma of pineapple and a bit of pineapple tang in the flavor as well. 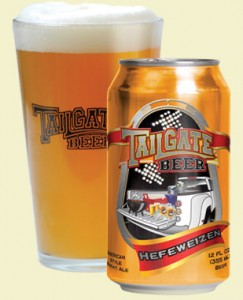 The Hefeweizen, too, has a bit of a canned pineapple juice aroma, along with a touch of sulphur, perhaps the barest hint of a clove character. But this slightly hazy golden brew seems to be in a limbo unlikely to appeal to too many tailgaters or craft brew fans. It reminds me of the old Rodney Dangerfield (not Carlin) joke: “I said to my wife, ‘Honey, was that good for you?’ and she said, ‘I don’t think that was good for anyone.’”

The TailGate beers, like the canned beers from San Francisco’s 21st Amendment Brewery, are contract-brewed in Minnesota at the Cold Spring Brewery. As mentioned in this post, Cold Spring is perhaps best known for having produced the infamous Billy Beer, back in the day. 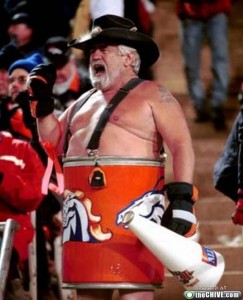 If he were still alive and drinking it might be interesting to know what Billy Carter would favor these days. He might venture a spin on the blacktop, or even be downing some Georgia micros. The odds are he’d still be out in the mainstream mid-ocean, but at least unlikely to paint his face blue and gold.