In this hop-centered ale world, I sometimes forget just how refreshing and agreeable a malty German lager can be. Oh, except Hövels Original isn’t a lager. And though it’s brewed in Dortmund, top-fermented and presumably cold-conditioned, some of the promotional material I’ve waded through suggests it isn’t an altbier, either. 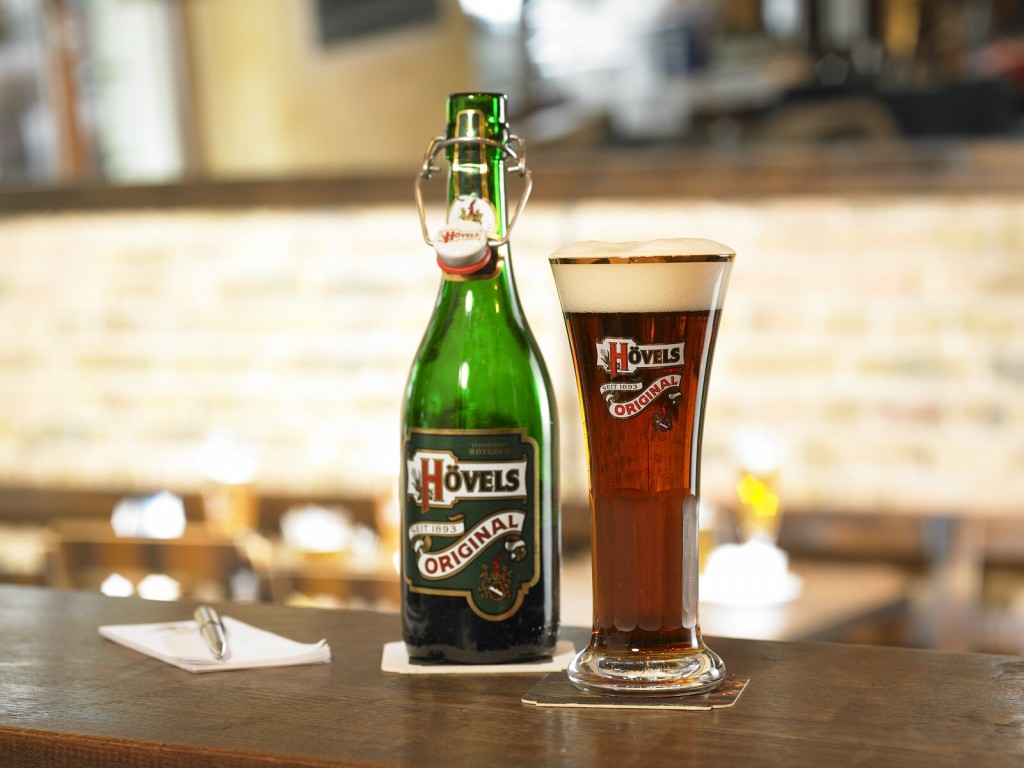 So I don’t really know what kind of beer this is. I can say it’s a pleasant one, pouring out with a rocky white head and deep tan. It’s a malt-accented brew, with a caramel nose and palate, with lightly fruity and floral notes, a whiff of nutty roast, and a moderately dry finish. It tastes German to the core.

I was wading through material and wasting time on the internet because it’s tough to find a lot out about the beer from the living. I made three different calls to people with the U.S. importer, Binding Brauerei USA in Norwalk, Connecticut, and still don’t know precisely where the beer is distributed.

I do know that it’s not in New England, though it may be by the fall of 2013. A few listings on Untappd.com suggest it’s in Minnesota and Florida. And it’s most certainly in New York, because that’s where my bottle arrived from–in a six-pack donated by my visiting son. 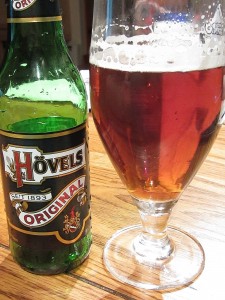 The best that I can piece together is that relatives Wilhelm von Hövel and Gustav Thier began brewing at the present-day Hausbrauerei location in 1854. In 1893 they developed the recipe for what in Dortmund was long called their Bitterbier, but now Hövels Original. They also developed a special mashing process (details vague beyond a reference to mixing ground malt with brewing water at a “specially defined temperature sequence,” which doesn’t sound very special at all).

The malts include pale and dark barley, wheat and some roasted malt. The hops are a mystery (Spalt, Tettnanger, Saaz?).

The beer went out of production due to war-time interruptions, but the kettles fired up again in 1984. Hövels is now part of the Radeberger Gruppe, or corporately as the Binding Brauerei, the largest German-run beer marketer in the country.

From all I can determine the Hausbrauerei is still a lively place, conducting various seminars and tastings along with the usual business of a German restaurant and brewery. If your German is sharp, you can follow on Facebook. But if you make it to Dortmund, look for an entrance resembling a giant brewing vessel, shown in this brief video:

I’m certainly open to more information. And if you’ve been over-dosing on hop bombs lately, open up a Hövels Original. It should be an agreeable change of pace.

2 Responses to “TAP Beer of the Week: Hövels Original”