Let’s try something a little different this week and fill a summer six-pack, since once the barbecue grill covers have been stored for the season and the burgers begin flipping in profusion, it’s time to turn away from the heavier beers of the colder months and start thinking light.

Not light as in Light or Lite beers, of course, which you’ll never find me recommending, unless it’s to douse an out-of-control barbecue blaze. But light in terms of a beer’s overall body, mid-level range of ABV, and an ability to pair well with the foods of summer. And not necessarily light in color, either, as our one international choice for the week shows:

1) Prima Pils (Victory Brewing, Downingtown, PA; 5.3% ABV): George Motz, auteur of book and film Hamburger America, says, “I like to balance a thick, greasy burger with a crisp, cold pilsner or lager. It’s honestly the best way to go with a burger.” I’ll make no big argument there, so let’s go with this classically-inspired pils from Pennsylvania, made with whole German and Czech hop flowers. (victorybeer.com)

2) Zatec Dark Lager (Czech Republic; 5.7%): Amaze your friends with this proof that a dark beer can be perfectly, lightly, refreshing. Made in the Zatec region west of Prague, this dark beauty certainly has a caramel note from the dark malts, but it retains the crispness of a lager and a spicy hop tang. Relatively new to the U.S., the Zatec Dark should pair well with the kielbasa. (merchantduvin.com) 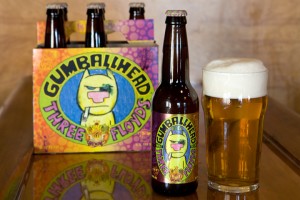 3) Gumballhead (Three Floyds Brewing, Munster, IN: 5.5%): Though actually named after Rob Syers’ underground comic book cat, this zesty wheat beer has enough fruity esters to actually suggest some bubblegum flavors. Once seasonal, it’s now brewed year-round. I’d heard more about Three Floyds than tasted anything by the brewery (started by brothers Nick and Simon with their father, Mike Floyd), since the beers are still regional to the Midwest. But they’re worth hunting down, as I was able to at the Kohler Festival of Beer in May. (3floyds.com)

4) Brooklyn Pennant Ale ‘55 (Brooklyn Brewery, NY; 5.0%): For the baseball lovers in the crowd, this pale ale of fame beer commemorates that championship season of 1955 when the Brooklyn Dodgers took it all for the only time. (For more on the Dodgers, and beer, click here.) A well-balanced English-style ale that should pair nicely with barbecue, burgers, peanuts and Crackerjacks. (brooklynbrewery.com) 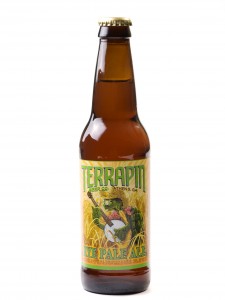 5) Rye Pale Ale (Terrapin Beer Co., Athens, GA; 5.5%): This Georgia brew makes its way into a few northern states and should serve well with spicy selections, as adding the infrequently used malted rye to the grain bill produces a tang of its own, along with pleasing citrus hop aromas and bite. (terrapinbeer.com)

6) JuJu Ginger (Left Hand Brewing Company, Longmont, CO; 4.2%) Another feature at the Kohler Festival of Beer was pairing brews with foods. The Chef de Cuisine at Bon Appetit magazine, Jonathan Lindenauer, paired this herbal, ginger-infused beer with a fiery lemongrass-chile sambal over grilled shrimp. So we know that works. (lefthandbrewing.com) 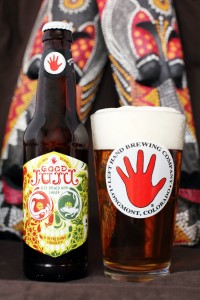 This piece originally appeared, in somewhat different form, in the July-August issue of Fairways & Greens magazine.