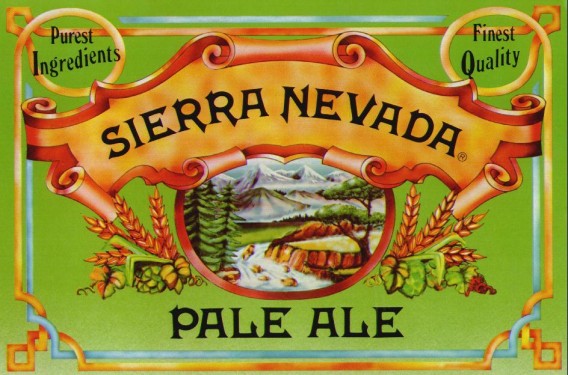 [Nov. 16, 2010]– Sure, I wish I’d been in Chico, California on Monday night, at the 30th Anniversary Party Sierra Nevada Brewing was throwing in one of its warehouses–especially since the company had gone into the vaults for some of the 30 beers being offered, many never released to the public.* 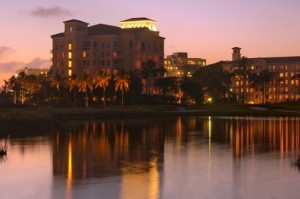 But I’m at the Fairmount Turnberry Isle resort in Aventura, just north of Miami, the weather is perfect, I’ve already played two rounds of golf (albeit badly), on the Miller Course yesterday and the Soffit Course today, after the rigors of a Golf Performance Massage at the resort’s Willow Stream Spa.

So let’s be clear I’m not complaining.

The reason for the trip, besides beating myself up on the two courses, was to check out the resort’s new integrated fitness and instruction programs, aimed at making it a magnet for golfers looking to improve their bodies and their games. I’ll be writing this up for a magazine article a few months down the road so I can’t spill all the beans here, but I can say it looks like a pretty good bet. 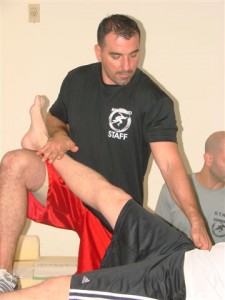 The resort has enlisted Pete Bommarito and Dr. Matthew Cooper and given them the playground of a gleaming 3,650-square-foot Willow Stream Spa fitness center. A huge list of professional athletes use Bommarito Performance Systems in their training, and Cooper’s USA Sports Therapy utilizes enzyme therapy to give visitors nutrition advice.

“We’re about performance,” said Bommarito, and as far as golf goes, “our goal is to help players reach their genetic maximum.”

Once one’s biomechanics are diagnosed and understood, the information can be trotted out to the new THEgolfacademy at Fairmont Turnberry Isle, where GOLF Magazine Top 100 Instructor Bill Forrest and his team have a full menu of game improvement offerings. 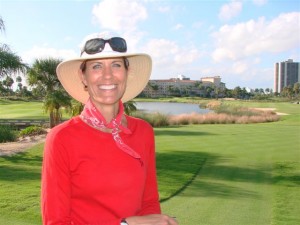 One team member is Christina Trammell. Someone tipped me off that Christina, once named a PGA of America Teacher of the Year, summers in Vermont. We quickly established that she’s then only about 40 minutes up the road from the center of my universe, at one of Vermont’s finest (if private) courses, the Ekwanok Country Club in Manchester. So naturally she also knows the Ekwanok assistant pro Zack Moore, who used to live right across the street from me. 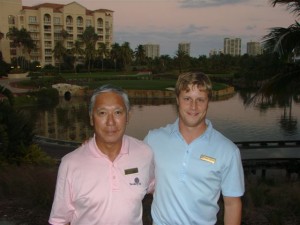 Another serendipitous meeting was with resident golf professional Hiro Suzuki, who used to be the golf director for Robert Trent Jones, Sr. That meant he’s well acquainted with Roger Rulewich, long RTJ’s senior designer. In October I played in a tournament foursome with Roger at the Crumpin-Fox Club in Bernardston, Massachusetts, where the Rulewich & Fleury Golf Design firm is headquartered.

Rulewich was on hand when the two 18s were originally built here by the Jones firm back in the early ‘70s, when the property was known as the Turnberry Isle Yacht & Country Club. So the two tracks were pushing 35 when golfer/designer Raymond Floyd was given a $45 million budget to revamp them. The old South course was reopened as the Soffer Course in 2006 (named after the original developer of the property, Donald Soffer), and the North as the Miller course in 2007.

Aventura is thick with high-rise condominiums, yet Turnberry Isle somehow manages to create an air of splendid isolation within its 300 acres. Many of the holes of the two courses often play toward the distant edifices, but there’s a feeling of spaciousness and quiet broken only at regular daily intervals by crows fleeing or returning to the rookeries. 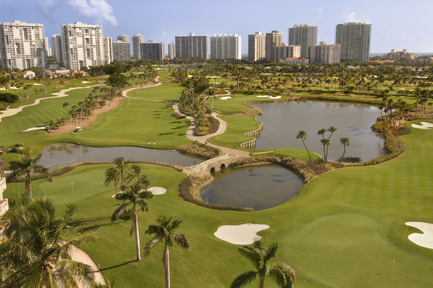 But I digress. To return to the subject in hand, I’d thought about making a local Florida brew the week’s spotlighted beer. The resort serves two, both made by the Florida Beer Company in Melbourne. Despite its name, the Hurricane Reef Caribbean Style Pilsner didn’t rock my boat. While it’s a decent all-malt lager with faint Hallautau hopping, a beer aspiring to taste like a Caribbean pilsner isn’t aiming real high. 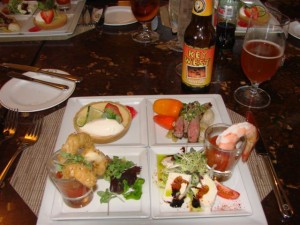 At a nice sampler lunch at the Cascada Grille, which also serves as the 19th hole for golfers, I had the Key West Sunset Ale, a mild amber lager that was a step up, but not a big one.

So I went back to the plan of choosing Sierra Nevada Pale Ale, the company’s flagship beer, the very first bottle of which made its way through the rudimentary brewhouse on November 15, 1980.

The story goes that the brewery founders, Ken Grossman and Paul Camusi, weren’t wildly satisfied with the first batch, however, and they tossed it out. Then the second.  Then the third, fourth, fifth, sixth, seventh, eighth and ninth.  The beer finally went to market in 1981, and the company has since thrived, with Grossman still at the helm (Camusi bowed out in 1998) and as inventive as ever, as the special 30th anniversary releases have shown. 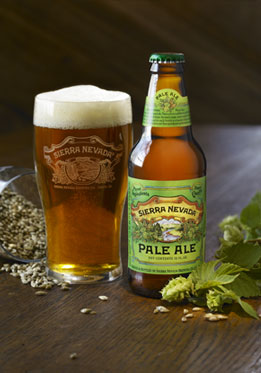 My wife and I were married only two months before that first bottle came off the line. The wedding I remember well, but I can’t recall when I had my first Sierra Nevada Pale Ale–it was years before the beer made its way to the east coast. But there’s little doubt that I was blown away by its rich malt character and its intense Cascade hoppiness. When and if there’s ever a Beer Hall of Fame, the Sierra Nevada Pale Ale is a shoo-in, first ballot, unanimous. Its importance in modern beer history, along with Anchor Steam Beer, cannot be overstated. The company may have started out shaky with no certain success in sight, but it gradually became a beacon other craft brewers followed, a foundation that others built upon.

But there’s nothing institutional about the beer. It’s still poetry in a pint glass, now the single highest-selling craft beer in the U.S., racking up $50,426,000 in sales in 2009.

So it was something of a shock to walk into the resort’s swanky Michael Mina Bourbon Steak restaurant last night and not find any Sierra Nevada on the beer menu! I was forced to quickly improvise with four Chimay Whites and a mouth-watering filet mignon.

Not to worry. Tonight a few of us wandered over to the nearby Village at Gulfstream Park, a trendy collection of shops, restaurants and nightclubs that opened in February, and grabbed a table at Yard House.

A chain that began in California in 1996, Yard House has now moved into ten states; there are two other Florida locations in Coral Gables and Palm Beach Gardens. They all have huge oval bars with over 120 beer taps (over 220 in some locations). And while they may not be offering barrel samples from the latest oak-aged sour hidden in the cellar, there’s pretty much something for every beer taste here, with a mild regional bias. 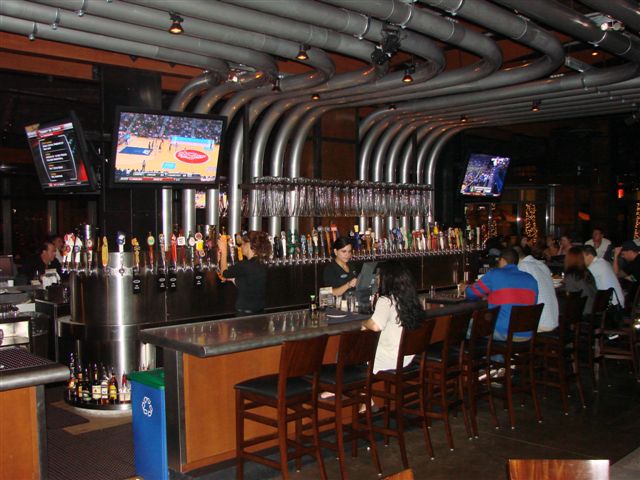 The bar at Yard House

Indeed, I had my eye on a Cigar City Maduro Oatmeal Brown from the Tampa brewery I’ve been hearing about. But first things first. I ordered up a pint of Sierra Nevada Pale Ale and saluted accordingly, looking west, and across the years.