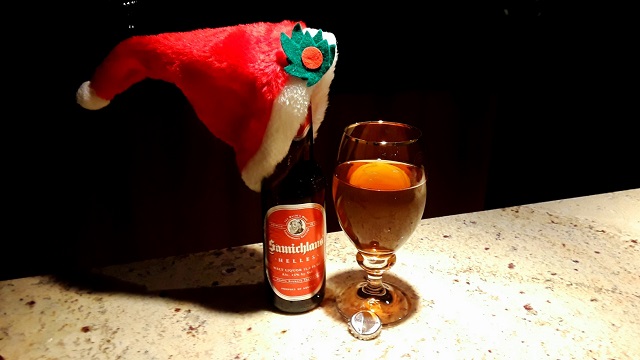 Beer writers of a certain age, like me, picked up our early beer hunting cues from the late great Michael Jackson, the Baedeker of beer.

In the varied early editions of his Pocket Guide to Beer Jackson bestowed a modest number of four star ratings to beers he considered World Classics. Finding those beers was an immediate quest for his disciples. And one of those beers was Samichlaus, then brewed by Hürlimann in Zurich, Switzerland, that country’s sole claim to a really distinctive beer.

By “then” I’m talking about the early ‘80s. Hürlimann first brewed the beer in 1979, and in its day was the strongest bottom-fermented beer going, up to 14% ABV. For that matter it was one of the strongest beers, period.

It was brewed once a year, on December 6, considered Samichlaus Day (St. Nicholas Day), cellered for ten months, bottled and then released on the following December 6. It was, in about every way imaginable then, unique.

The beer is still around, still brewed every December 6, still 14% ABV, but a lot of the world around it has changed. The ramparts of high ABV have been scaled many times since (I’m no longer sure who the current record holder is). Heck, I had a 15% ABV milk stout last night.

In the late 90’s Samichlaus vanished completely for four years, after Hürlimann was taken over by Switzerland’s Feldschlösschen.

But the Castle (Schloss) Eggenberg brewery of Austria struck a deal with Feldschlösschen to revive the beer, frequently concocted each December 6 with the help of former Hürlimann brewers—and presumably with the über yeast used in a second fermentation to raise Samichlaus to its exalted alcohol level. Since 2000 it has reappeared annually.

It’s a curiosity to wonder what Jackson would make of the beer now, and whether it would still warrant his four stars. It might; Jackson had a certain reverence for trailblazing beers. If there had never been a Samichlaus, Jim Koch may never have come up with Samuel Adams Utopias, which usually clocks in at 24% ABV or higher.

Actually, along with other brews from Schloss Eggenberg, Wetten Importers now brings three versions of Samichlaus into the U.S., the Classic, Helles and Black. All roll in at 14% ABV and are respectively referred to (in admirable understatement) as a Dopplebock, a Maibock and a Schwarzbier. A fourth, barrel-aged version called Samichlaus Barrick apparently hasn’t made it across yet.

The Helles I bought last year was bottled in 2015, meaning it was brewed on December 6, 2014. Age shouldn’t be a problem with a beer this strong, and may actually enhance the flavor over some time. I have no basis of comparison however, and it’s been many years since my last Samichlaus. Should have bought two or more and tried them over time.

But even in an 11.2 oz. bottle it’s easy to linger with this one. It should be lingered over; the first sip made it clear that I’d made a mistake having it early in the evening, when it would really be perfect toward its close, swirled around in a snifter, preferably with a cigar in my other hand and the beer not too near an open flame. 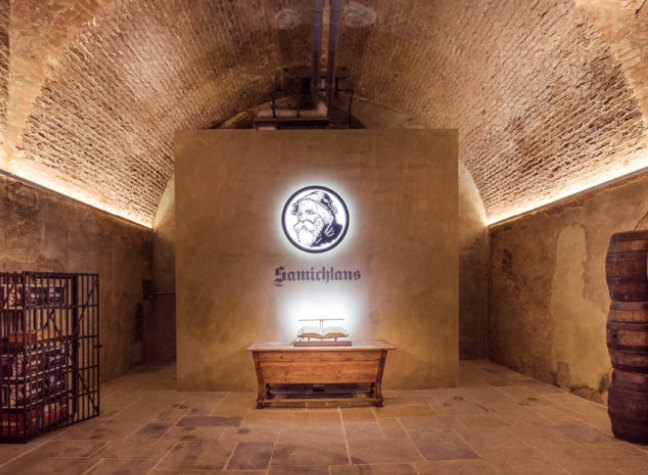 Samichlaus pours out an appealing light brown with absolutely no head whatsoever. My first whiff was a cannon blast of caramel, raisins, overripe apples, nose tingling fusel aromas and a hint of oxidation, but more pleasant than I just made it sound.

There are all sorts of flavors at work in a beer made solely from Pilsner malt—the apples and raisins mixing with honey and that sherry-like oxidation. There’s plenty of heat here, too, though the beer seems to smooth out as it warms up, and letting it warm up a bit is a good idea. This a potent one—not your father’s lawnmower beer. Have a little patience and before you know it, it will be warming you up.