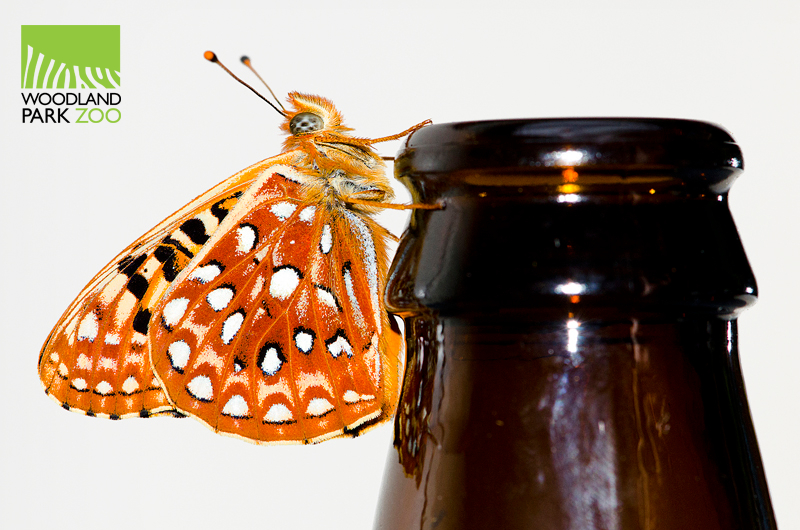 Maybe we should start a regular feature here—Drink Beer, Save an Animal From Extinction. Or Charity Beers. Most recently we had gorillas on the mind (King Titus), but further back we had beers to help victims of Hurricane Irene (Good Night Irene, More Brown Than Black) and those suffering with Myeloma (Reunion).

One might well say every bottle of Trappist ale purchased is a fund-raiser, since any profits are poured back into the respective monasteries or their own charitable endeavors.

Well, why not? If drinking beer can do good out in the world in addition to all it does for us personally, then all we need worry about are attacks of excessive altruism. 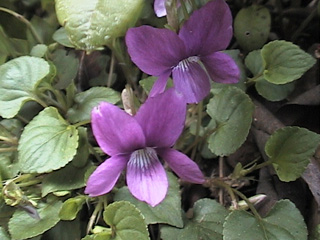 Now we have the newish Silverspot IPA, introduced last summer by the Pelican Pub & Brewery of Pacific City, Oregon. Downing one of these English-style IPAs will help efforts to increase populations of the threatened Oregon Silverspot Butterfly.

Once fairly common in northwest grasslands, the OSB (Speyeria zerene Hippolyta) became the victim of lost habitat, in terms of the early blue violet plant, also known as the dog violet (Viola adunca). It’s the great chain of ecological being—muck with this species here, and that species over there suffers as well.

The butterfly lays its eggs near the plant, which then serves as the sole source of food for the growing caterpillars.

The plant has dwindled due to encroaching development and competition from invasive species, leading to the butterfly being declared a federally threatened species in 1980, its range shrunken to five protected areas, one in California, four in Oregon.

One of these, happily, is the Cascade Head Preserve, visible from the Pelican Pub & Brewery patio, and where part of the Oregon Silverspot Butterfly recovery program takes place under the aegis of a consortium of conservation partners.

None of these beery charitable efforts would amount to much if the brew involved was a stinker. Luckily that hasn’t been the case with any of those mentioned above, and the Silverspot IPA is solid, too, as well as a new year-round addition to Pelican’s regular line. (We recently added the brewery’s Tsunami Stout to a Hurricane Sandy survival six-pack.) 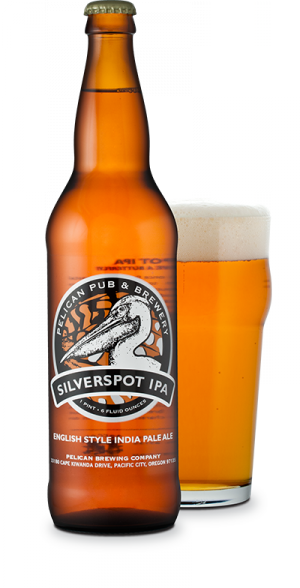 Fresh out of the box, so to speak, the beer racked up a silver medal at the 2012 Great American Beer Festival in the English-style IPA category.

That would be good for northwest hopheads to note, because while the beer is a northwest IPA, it’s not a Northwest IPA, in terms of a hop presence that will blow you over. (The brewery’s India Pelican Ale serves that purpose.) It’s a good representation of an English-style IPA, meaning the typical American aroma hops (Cascade, Centennial) here give way to Fuggle, as well as Sterling and the relatively new Meridian.

The beer pours out a bright orange gold, and while there’s still a citrus nose, it’s more lemon than grapefruit, more herbal, spicy, with a pleasing mélange of light fruit and toffee flavors. There’s a decent hop bite at the finish, but it won’t have you puckering up. It’s a smooth, flavorful and highly drinkable beer. All good news for the Oregon Silverspot Butterfly.

Those of us on the east side of the country are about as likely to see the beer as the butterfly. But it’s nice to know they’re both around.

2 Responses to “TAP Beer of the Week: Silverspot IPA”