[As a Library Thing Early Reviewer I’m in the running to be sent books in exchange for a review. It’s a bit of a lottery – you choose one or two books from scores offered each month, and maybe one shows up, or not. This one did.] 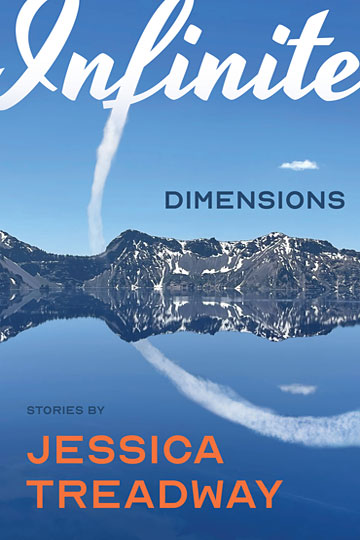 There’s the bank executive who uneasily hires a women she knows, from when they were both patients in a psychiatric hospital, regrets it, and then makes questionable moves to have her fired. A college philosophy student who passes off as his own a paper his cousin has written for him. A couple whose relationship began because both suffered from dizziness, then runs into trouble when one of them is cured. A woman who upends her entire family because her theft of a cake from someone’s car has been discovered.

In the longest piece in the book, the richly textured “Sky Harbor,” a woman makes the miscalculation of telling her dying son that his late father may have committed an act of sexual predation that he went to prison for, despite his steadfast claims of innocence.

Treadway isn’t being bleak, or cruel; the stories are deft enough to pack in compassion for the characters, even when they take, usually, the wrong turn. And in “Cliff Walk” she has some fun with a couple, both writers of stories, who come at it in different ways. Stuart “…set out to celebrate the more positive side of life: people doing the right thing, even if nobody else knew it; feelings of inspiration, admiration, hope and—most importantly—love.”

Valerie’s stories, on the other hand, perfectly describe Treadway’s: “[They] tended toward the dark and sad; they were internal explorations of people nobody would look at twice on the street, or suspect to have the depths she discovered in them….Her characters were not generous or relaxed or optimistic, but you understood that they wished more than anything to be all of these, and more….”

Valerie and Stuart also have a minor debate over a story by Russian writer Anna Chaykovskaya, about a housewife forced to confront her humdrum existence by a persistently questioning sugar bowl that suddenly begins talking to her. 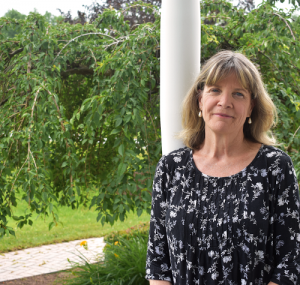 This is more literary playfulness from Treadway, since Chaykovskaya is her own creation, most notably in the story “Providence,” in which she appears. But in all but the last, title story, she is mentioned, or there is a reference to the story about the talking sugar bowl.

This isn’t arch. Readers are, after all, in sure hands; Treadway has written four novels and two other story collections, including Please Come Back to Me, which won the 2010 Flannery O’Connor Award for Short Fiction.

The references come along briefly, wittily and effortlessly, and the sugar bowl is a suitable symbol throughout in any case, for characters who should be paying closer attention to their—possibly—wiser inner voices.