[As a Library Thing Early Reviewer I’m in the running to be sent books in exchange for a review. It’s a bit of a lottery – you choose books from scores offered each month, and maybe one shows up, or not. This one did.]

It’s just a guess, but scientists suggest that there are probably about 100 to 400 billion stars in the Milky Way, and possibly as many planets. Put together they would still fall short of the number of trees on earth—some three trillion. 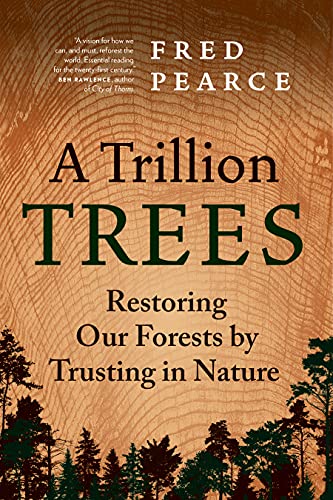 That’s a lot of wood. Yet in terms of climate control, we could use more, hence the title of journalist Fred Pearce’s book, A Trillion Trees: Restoring Our Forests by Trusting in Nature (Greystone Books, $27.95).

A trillion more trees? Well, why not just plant them, and grow our way out of climate change? Certainly there are any number of world-wide organizations dedicated to doing just that, planting as many trees as possible.

To boil Pearce’s premise down to three words: not so fast. The notion that climate woes can be solved solely through reforestation is far too simplistic. More trees, to be sure, they’ll help. But how and where?, and through whose aegis?, are questions that can’t be avoided. As Pearce notes, “… planting trees where there were none before requires extreme care and is often best avoided. They may do more environmental harm than good.”

And while planting might be warranted in some cases, Pearce makes the startling suggestion (to me, at least), of letting nature do the work: “So, if not by more planting across the world’s desert and grasslands, how should we regreen our planet? In most places, most of the time, the best answer is not to plant at all.”

The London-based Pearce has been reporting on the environment for four decades. He has visited forests in scores of countries and he is, make no mistake, a fan of trees who completely believes, “A planet with a trillion more trees would be a much better place.” 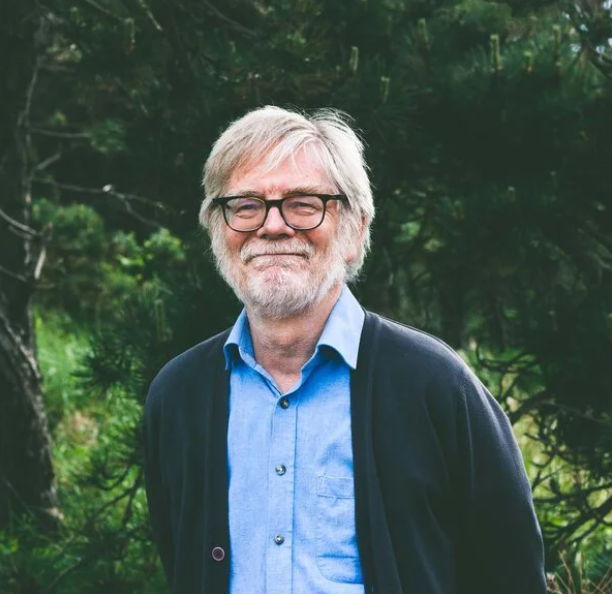 It’s just that he’s also clear-eyed about human nature, our penchant for bungling, for ignoring the facts before our eyes, for greed, for corruption that can befoul any seemingly noble effort. Therefore, “…the last thing we need is a big planet-wide project to go out and plant them….We don’t have to do the planting. We shouldn’t do the planting. Nature will mostly do it for us. And she will do it better. If we stand back and give them room, forests will grow.”

There’s a big “if” in there, naturally, but to embroider his optimistic premise Pearce structures the book into four sections, weaving in his various travels into the woods. He opens his first chapter (“Trees Are Cool”) by simply describing the wonder of trees, their contributions to the planet beyond mere photosynthesis, forests acting as vast organisms to create clouds, winds, weather, all working to keep the planet cool and moist. They work to our benefit—if not particularly for it—says Pearce: “Trees release moisture to make a world fit for more trees.”

That only works to a point, and the second section, “From Paradise to Plunder,” is the sobering scorecard of how deforestation has brought us to the tipping point of human endeavor overcoming nature’s recuperative powers. The destruction to the Amazonian rain forest gets it due here, but Pearce grimly points out other equally stark and infuriating incidences of wanton forest clearing. 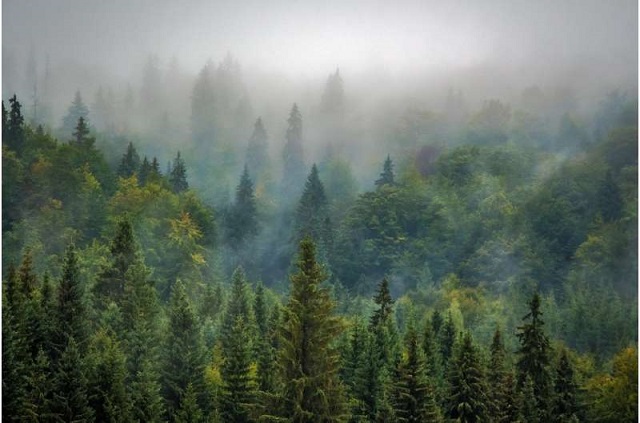 Suitably chastened, readers can move on to the good news in the “Rewilding” section, in which Pearce depicts the resiliency of trees, the ability of forests to regenerate themselves, and the welcome trends of regrowth around the world.

In the final section Pearce makes a convincing case for putting forests under local, often Indigenous control. Contrary to once-accepted theory, it is not outsiders who step in to defend the land that are most effective; the forest inhabitants themselves are the practitioners who can lead to greater restorations.

It should be said that the book is dense with statistical matter only partially alleviated by anecdote. One wishes here and there for a bit more narrative spark and human interaction. But Pearce is writing about science, not wanderlust, and he does that lucidly indeed. One can only wish the book would be put into the hands of policy makers. Even more pointedly, that they would read it, come to the conviction that trees are indeed cool, and act accordingly. 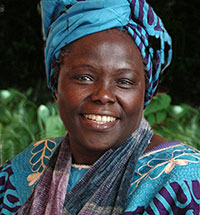 (It seems more than worth mentioning two films tackling issues Pearce mentions in his book, both by my friends Alan Dater and Lisa Merton of Marlboro Productions in Vermont. Both are available online: “Burned” concerns the destruction of forests for pellets—woody biomass. “Taking Root: The Vision of Wangari Maathai” describes the tree planting efforts in Maathai’s native Kenya that turned into the Green Belt Movement and led to her selection for the 2004 Nobel Peace Prize.)