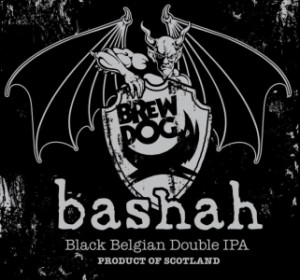 Both Stone Brewing of San Diego and BrewDog of Scotland will be pouring at the Brattleboro Brewers Fest on May 22, so our ninth featured festival preview is a happy collaboration between the two.

And if ever there were two breweries that seemed simpatico, these genre-busters are high on the list. Both seem intent on breaking down barriers, whether in terms of brewing, marketing or established beer styles.

BrewDog is notorious for brewing the world’s strongest beer, Tactical Nuclear Penguin, which came in at an astounding 32% ABV. This blew Samuel Adams Utopias out of the water. The Boston brewery had claimed the record at 27% with the 2009 vintage of Utopias, packaged in a bottle that looks like a mini-copper brewkettle and selling for (at least) $100.

But then in February of this year Schorschbräu in Gunsenhausen, Germany, had the gall to brew a Schorsch Bock, at 40%.

BrewDog partners James Watt and Martin Dickie considered this a shot across the bow, and soon responded with Sink the Bismark at 41%, coming soon to a gas station near you.

There’s also a pretty funny video about all this on the BrewDog website and the beer arms race may not be over soon, so stay tuned. 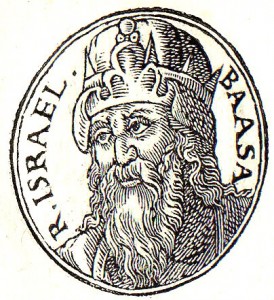 I’ll have more to say on Stone down the road, since I’m visiting the brewery in San Diego in June, but it’s fairly well-known nationwide these days, with the in-your-face Arrogant Bastard Ale, a beer so hoppy the label even says, “You probably won’t like this beer.” Actually, everyone seems to love it, even if they’re not worthy enough to drink it.

The limited release collaboration brew was made in Scotland, and there’s a video about this as well (both BrewDog and Stone are master marketers), chronicling some of the outsized fun the principals clearly had in the process. No one has particularly come clean on what Bashah actually stands for, although one blogsite speculated that it meant “King,” after the ancient King Baasha of Israel.

Stone co-founder Greg Koch (pronounced Cook) seemed to debunk this theory when he commented on another blog that the name wasn’t a word at all, but an acronym. This was as far as he took it, leading one reader to suggest it stood for “Black as Shit, Hoppy as Hell.” 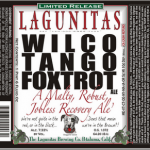 It is all of that, with a quintet of exotic hops in the mix–Hercules, Magnum, Warrior, Centennial and Amarillo. Beyond that it’s hard to judge on any known stylistic spectrum–probably just the way these breweries like it–since I don’t really know of any other Black Belgian Style Double India Pale Ales. It could just as easily been called a WTF? Beer, except that that name was more or less covered in March by Lagunitas, with its seasonal “Malty, Robust, Jobless Recovery Ale” called Wilco Tango Foxtrot.

One thing Bashah does not seem to have much of is any Belgian character, although it was surely made with a Belgian yeast. It may be that it’s just overwhelmed by other characteristics, rare as it might be for yeast to take a back seat.

At 8.6% ABV Bashah is like a beer with training wheels for BrewDog and Stone, but it packs a punch nonetheless. The brew pours with a thick tan collar, is a deep mahogany, and gives off aromas of a booze-soaked fruitcake. Then the hops come rushing on, along with a touch of cedar in the nose.

The flavor–bitter chocolate, black malt, molasses, licorice, all totally involving. There’s an extremely bitter finish which turns puckering and somewhat unpleasantly chalky. But I bought two bottles of this high-priced number, and no matter what it’s called, I have to say I’m looking forward to Round Two.

Would that I could look forward to what will be an even more limited release of an already limited release, aged in whisky casks and spiked with blackberries, tayberries and black raspberries. This version should be released sometime in June, but I have doubts whether it will even make it across the pond.  If you see any bottles with this label (above), grab them.