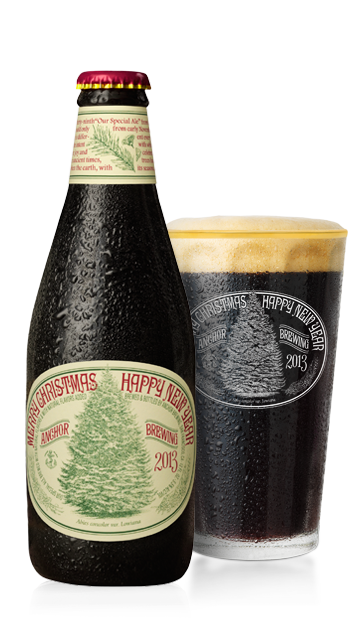 Let’s do it again.

Last year I started to pick a one-a-day holiday beer or winter warmer on December 20 in a 12-day headlong rush to New Year’s Day. Thought I’d try a little earlier this year [Dec. 14, 2013] in a headlong rush to Christmas Day.

Neither approach has anything whatsoever to do with the actual 12 Days of Christmas, for those of a religious bent. They begin on Christmas Day and run to the eve of Epiphany on January 5.

But having more of a beer bent, I thought this might be more useful to anyone in beer-shopping mode. Along with Sierra Nevada’s Celebration Ale, Anchor’s Our Special Ale is an annual given for me. It’s the only repeat of sorts to come. (For those who want to roll through last year’s choices I lit the fuse with the OSA 2012 here.)

As last year, all we really need to know is 1) how the 39th rendition tastes and 2) what tree is on the label?

Unlike Celebration Ale, Anchor tinkers with its recipe each year (though remaining tight-lipped about it), and slaps a new tree on labels drawn by artist Jim Stitt. There’s a pretty neat scroll through 39 years of the labels here at the Anchor website. 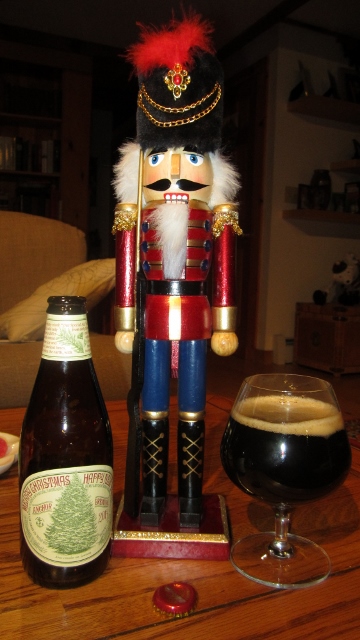 It’s a pretty label this year of the California White Fir, Abies concolor. It’s a pretty beer, too, not as dark as photos suggest, but a deep garnet. There’s a bit of chocolate in the nose this year, and plum, and my wife thought she detected some roast, but then took a taste and said, “Oh, it’s very mild, though.”

I thought it was a little mild, too—maybe too much so. What in recent years has seemed a highly spiced, spruce-like brew is dialed back more than I’d like. The aroma is alluring and the beer starts off promisingly, with a sweet entrance, an immediate tart mouthfeel swimming in fruity aromas. But there seems less of a fruity tartness that I suspected last year might have been a cranberry addition, and more of a gingery spiciness that quickly flattens out and finishes thinly, without any closing snap.

It might have been different if I had drunk the beer in the festive atmosphere of a Christmas party as I expected to tonight. But we were stymied by that common four-letter word here in Vermont—snow. (The same storm has kept me from stocking up on the complete roster of the beers I’ll be drinking in the days ahead, but have no fear….)

Is the 2013 OSA still worth drinking? Sure. And worth holding onto some bottles to see how it stacks up against new versions in the years to come, not that I ever manage.

I may even go pick up another six-pack of this year’s to confirm my impressions, but this isn’t going to go down as one of the best of the bunch. Hell of a label, though. 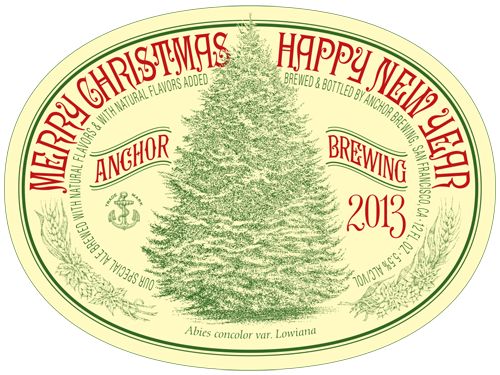