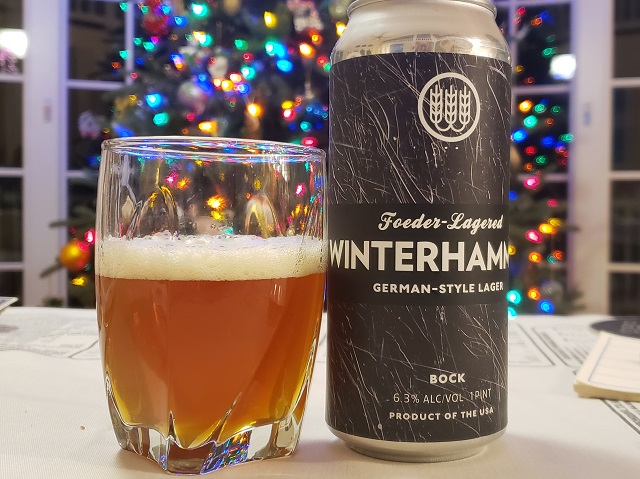 We’re two days past the actual 12th Day of Christmas, but give me a break—I managed in 12 straight days, after all, the late start all due to the scourge of Covid. It’s unusual that for the first time in the now 11 years of 12 Beers of Christmas history I’ve done all domestic brews, heavily weighted to New England at that, but that’s the kind of year it was. 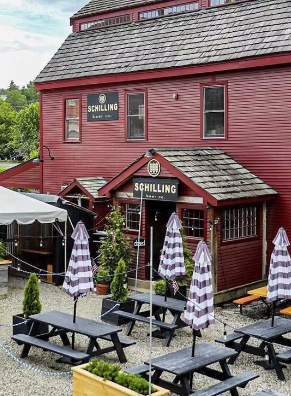 It’s good to wrap it up and get on with things, but it’s also nice to wrap it up with another fine beer, this one from Schilling in Littleton, New Hampshire. Schilling is quite an exceptional little brewery located in the scenic splendor of the White Mountains, in that it seems to have produced an unending string of delicious beers since opening its original brewpub in 2013—and that the majority of the beers are lagers. A new production brewery was added in 2018 and the production of different European-style brews has been prolific.

The Winterhammer has been around in years past, characterized as a Heller Bock, using Munich malts and a decoction mash process. Helle or Heller is German for light or bright, which doesn’t quite describe the more amber/orange quality of the Winterhammer hue. 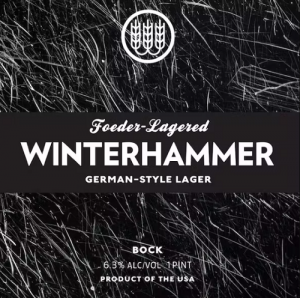 There is a bit of a discrepancy between the can and the brewery website. The can suggests the brew is foeder-lagered and 6.3% ABV. The website makes no mention of using foeders (large, tall oak barrels generally), and despite showing the 6.3% label, lists the beer as 6.9% ABV. Which to believe, when it’s the weekend and you can’t call the brewery? I’m guessing the stronger percentage, as there’s no sense of oak to the beer.

In any case, Bock certainly works for the rich toffee malt quality of the beer’s nose we all found, we again being my brother, Kip, as well as my wife, Lynn. Kip was discerning some pitted fruit as he had in last night’s Winter Bock from Rock Art—peach or apricot—while Lynn and I found a honey note in the nose and palate.

No question that the malt presence was stronger here then in the Winter Bock, but then it’s also a stronger brew, 6.9% ABV (we think) versus 5.8%. But again, though I’m not sure of the hops involved, they were ample to provide a suitably balanced bite to the malt sweetness.

Balance might not be a bad quality to hope for in the year ahead, in beer as well as other matters. So here’s to it. Thanks for coming along for the ride, and wherever you are, wherever you be, enjoy the beers in ‘23!