[May 15, 2015] Yes, I would like to have a look at Ethan Allen’s bar tab, thank you. And I’ll be able to do just that at an exhibit running through June 21, “Alcohol in Vermont: Creation to Consumption, Tolerance to Temperance,” at the Bennington Museum in southwestern Vermont. 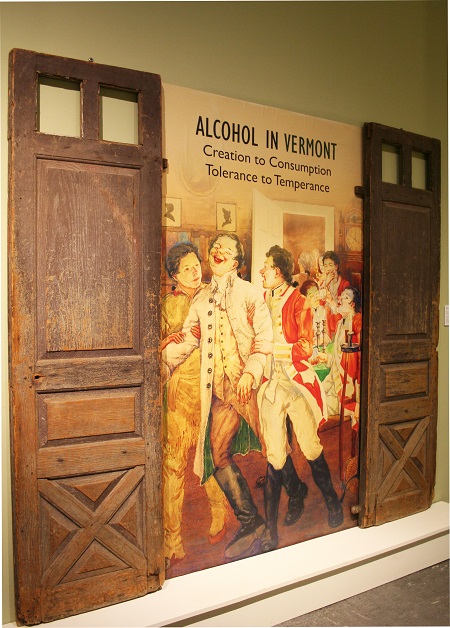 Even better, I’ll be able to do it with beer in hand tonight, when the museum hosts a “Brews and Blues” event from 7 to 10 pm.

True, wandering around a museum with a beer in hand would have horrified those in the state’s busy temperance movement of the nineteenth and early twentieth centuries. The prohibitionary zeal of those days, a press release for the exhibit suggests, was a reaction against early Vermonters’ fondness for drink: “In the late 1700’s taverns were the center of community life and alcohol was consumed in quantities unimaginable today.”

Well, maybe. Figures from 2012 indicate that Vermont was ranked fifth in the nation in terms of annual beer consumption, at 35.9 gallons per drinker. Personally, this seems a little low, and I know I’m not the only one skewing the averages. But not to worry, another 2012 study put Vermont among the top five states in both eating healthily and exercising regularly.

Some of Ethan Allen’s revolutionary tactics were said to have fermented in the long-gone Catamount Tavern in Bennington, hence his bar tab as part of the exhibit, along with drinking tankards, glassware, hip flasks, bottles retrieved from Lake Champlain, sideboards, flapper dresses, postcards, photos and two galleries filled with prohibition banners and posters.

The Bennington Museum, at 75 Main Street, is open every day except Wednesdays from 10 am to 5 pm.

Tonight’s Blues and Brews event will include music by the Jeff McRae Band, food from the Wild Oats Market of Williamstown, and an ample supply of beers, ciders and meads. The two Bennington breweries will appropriately be represented—the Madison Brewing Company and Northshire Brewery. But among others signed on are the Trapp Lager Brewery of Stowe and Foley Brothers Brewing of Brandon. 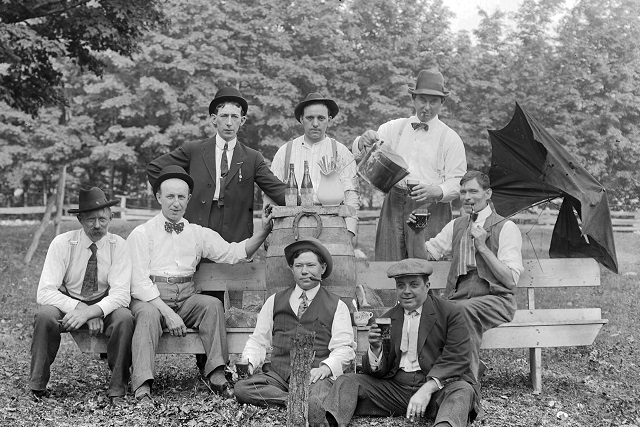 Clam Bake, 1911 by Frederick D. Burt in the collection of the Bennington Museum

[A slightly different version of this story first appeared in the May 13, 2015 issue of The Commons, a weekly newspaper in Windham County, Vermont. Access the current edition of The Commons here.]

2 Responses to “Through the Swinging Doors in Bennington”