[As a Library Thing Early Reviewer I’m in the running to be sent books in exchange for a review. It’s a bit of a lottery–you choose one or two books from scores offered each month, and maybe one shows up, or not. This one did.]

The last scheduled meeting of our book group was scuttled by the plague among us; too bad, as we had chosen a classic to read and discuss, The Wind in the Willows by Kenneth Grahame. Well, there may rarely have been a better shelter-in-place read. It seemed like the central theme of the book was to hasten back into the burrow, build a good fire, eat, and sit in comfy chairs while chatting with friends.

A slightly different notion of home is at work in Nicca Ray’s Ray By Ray: A Daughter’s Take on the Legend of Nicholas Ray (Three Rooms Press, $20). It’s not comfy.

Nicca Ray is the fourth and youngest child of Nicholas Ray, best known as the director of “Rebel Without a Cause.” The Internet Movie Data Base credits him with 31 films, including “They Live By Night,” “In a Lonely Place,” “Johnny Guitar” and others, particularly from the 1950’s, that made him into a darling of the French New Wave, such as Jean-Luc Godard, who considered him an American auteur: “The cinema is Nicholas Ray.”

A cottage industry of books about Ray confirm his talents, realized and wasted. He clearly exuded a charismatic personal charm, and he needed it to have friends willing to put up with his excesses of alcoholism, drug use, bisexual promiscuity. He was married four times and the relationships were complicated, to put it mildly. Suffice it to say that his second wife, actress Gloria Grahame, wound up marrying Tony Ray, Nicholas Ray’s son from his first marriage.

Nicca certainly touches on the high and low points of her father’s career in this memoir, but it’s from an oblique angle. She didn’t see “Rebel Without a Cause” until 1995, when she was 34. (Nick Ray died in 1979 at 67.)

As far as Nicca was concerned, her father was mostly just missing, having left Betty when Nicca was two. She saw him rarely in subsequent years and his absence gnawed at her. 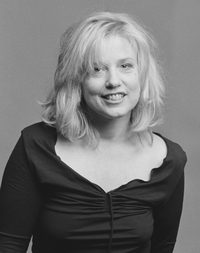 Her mother wasn’t exactly a stabilizing influence, either. Betty Utley was an accomplished dancer who had a decent show business career going before she married Ray and had two daughters with him. She, too, married four times, had some drug issues of her own, and in later life embraced nudism and free love.

But at least she was there. If her portrait here comes across as a little daffy, she was clearly a loving mother. (The book is dedicated to her.)

It gives nothing away to say that Nicca is now long-sober and in a stable relationship for 30 years. Between the covers here we see the less salubrious early years, when Nicca was sexually abused by a step brother, plunged into the grunge rock scene which evolved into her own early alcoholism and drug abuse, to the point of turning tricks for cocaine. 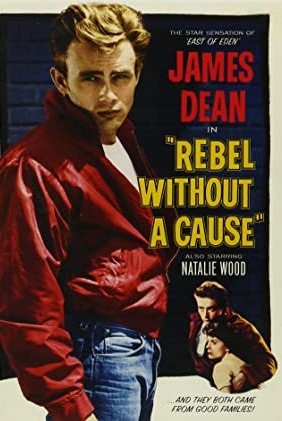 It’s frank, and not pretty, but it’s not a narrative onslaught as Nicca tells the tale in kaleidoscopic fashion, largely unmoored from any linear chronology, ricocheting between her story, Nick’s or Betty’s.

Mostly it’s a search for the father she barely knew: Nicca did scores of interviews with the onlookers—one is tempted to say the survivors—and it tends to give a, well, wide-screen look at the entire cast of characters.

Of her father she writes: “I’m not defending his tormented and sometimes cruel character. God, I used to hate it when people would describe him as tormented. It was a way his admirers absolved him from having to take responsibility for his actions. He was, though, a man riddled with torment who lashed out at those he loved with crushing results.”

If she doesn’t defend her father, she doesn’t condemn him, either. She lays out the facts and opinions she’s uncovered, tells her own tale, and lets readers pick through the crushing results as they will.