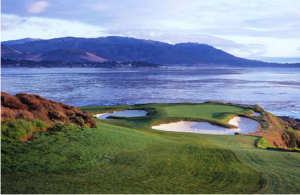 Lately I’ve rehashed a conversation with Steven Hahn in the media lounge at the recent PGA Show. A single-digit player, golf editor of Atlanta-based The 19th Hole Magazine, and overall good guy, we met on a media trip to the Dominican Republic several years ago.

As a golf course rater for one of the national magazines, Steven defended the practice – at least that publication’s version of it – while I played devil’s advocate. Logic notwithstanding, I feared I was being a bit churlish.

After all, rankings of any kind are first and foremost an editorial gambit conceived to sell magazines, the centerfolds of special-interest publications: Even readers skeptical of the findings can’t resist a look. And isn’t it tough enough trying to move magazines these days? Why deny them this gimmick, if that’s what it is? Hadn’t I also served intermittently as a rater myself? I had.

The rhetorical cavalry arrived in the form of last week’s issue of The New Yorker (February 14 and 21), with an article by Malcolm Gladwell: “The Order of Things,” subtitled, “The problem with college rankings.” Coming from one of the best non-fiction writers working today, the treatment cogently skewers the plausibility of ranking “systems” – “an act of real audacity when a ranking system tries to be comprehensive and heterogeneous” – but uses US News & World Report’s ratings of colleges and universities, not golf courses, as a punching bag.

This ought to be required reading for every rating panel. Of course, I’m hardly the first to question their probity. Several years ago, George Peper offered a 3,000+-word apologia in LINKS Magazine for his part in inventing the idea of course ratings while editing GOLF Magazine for decades.

Peper offers a much more comprehensive taxonomy of the shortcomings of specific rating approaches. No reason to repeat that here. But in the OK-now-we’re-really-going-to-tackle-declining-participation mode said to pervade this year’s PGA show, it seems pertinent to reiterate one of the inherent flaws of ratings, according to Peper: “…countless courses have gone without the recognition they deserve.”

The itinerary on another media trip, this one to Quebec, included an afternoon stop at a course we’d typically describe as a dog track: ponderous right-angle doglegs, blind shots with little or no visual cues as to target lines, marginal conditioning, you name it. So bad was it that my golf writer-playing companion deemed it unsuitable for mention to his readership.

The only trouble with his analysis was that the place was packed. Clearly, a segment of the local golfing public and/or visitors to this major vacation area preferred this “unpretentious” track to the resort’s top-notch – but top-dollar and mighty tough – full-sized layouts.

Realistically, I’m not optimistic that ratings are ever going to go away. But I do think they’re symptomatic of the talk-amongst-ourselves syndrome that plagues many industries, and certainly ours.

At the very least, maybe a grasp of marginal practices in attempting to attract participation will result in a bit less whining about middling results. Acknowledgement that ratings are for raters is somehow preferable to lofty claims of reader service.