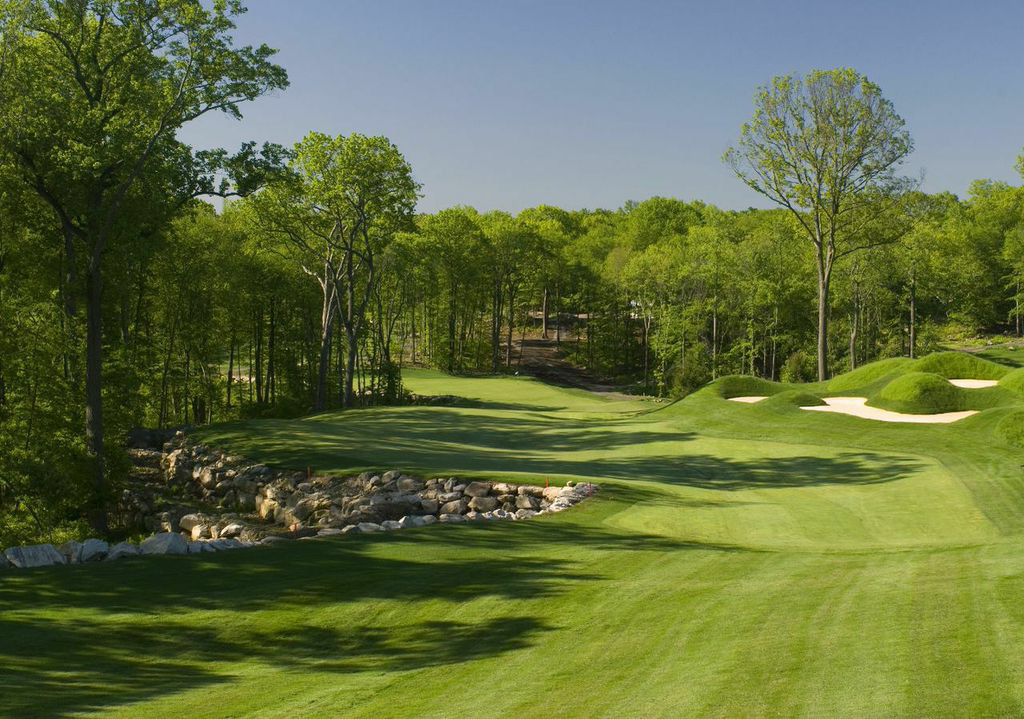 It sounds like the set-up for a rather cynical golf joke, but…..one upside of climate change: a longer season. That may prove antically cold comfort in the freezing temperatures across the nation as of this posting. Still, there are always reasons for optimism.

Among them is Pound Ridge Golf Club, a course 40 miles from New York that stays open year-round and this year managed to stretch the season to maximum duration. The hope here is that the course will be emblematic of a robust 2015 for the golf industry.

Certainly Pound Ridge occupies a vulnerable stratum in the “market adjustment” recently afflicting courses: A “country club for a day” atmosphere, with price tag to match, it’s pitched both as bucket-list material and as a quick golf getaway from Manhattan.

Designed by Pete Dye, his only work in New York State, it’s characteristically difficult, too. But it’s also evolved in ways that seem attuned to the target clientele.

For starters, it’s been made incrementally more playable since it opened in 2008. Forced carries have been reduced slightly where possible and other features are less penal.

It’s still a par 72 of 7,165 yards, slope 146, rating 76.1 from the most distant of five sets of tees. Holes 13 through 15, for example, form their own Yankee Amen Corner. The first of these is a short (486 yards from the back tees) par 5 that features “Pete’s Rock,” a giant fairway boulder that doesn’t (shouldn’t?) really come into play but still confuses the strategic sight lines.

No. 14, a par 4 measuring 429 yards from the tips, requires a hefty forced carry over wetlands, and even balls that sneak over the periphery may leave you with a blind approach.

A par 3 measuring at most 159 yards, the 15th has an elongated, 9,000-square-foot green, canted to the tee and bounded on the right by an immense outcropping. The apprehension of a miss – and its dire consequences – is worse than the shot actually required.

And that’s probably the point: Pound Ridge seems less daunting the more you play it – true of all courses, naturally, but a trademark of Dye’s work.

The course features a stay-and-play collaboration with Delamar Greenwich Harbor, a nearby hotel; and the area, proximate to Greenwich, Connecticut, is also packed with old-money private clubs and several good public tracks.

Combined with the craggy landscape and Dye’s routing on a constricted site, the effect is of playing an exclusive private layout of the sort that seems to exist mostly in the Northeast.

Off-season rates are available at www.poundridge.com.