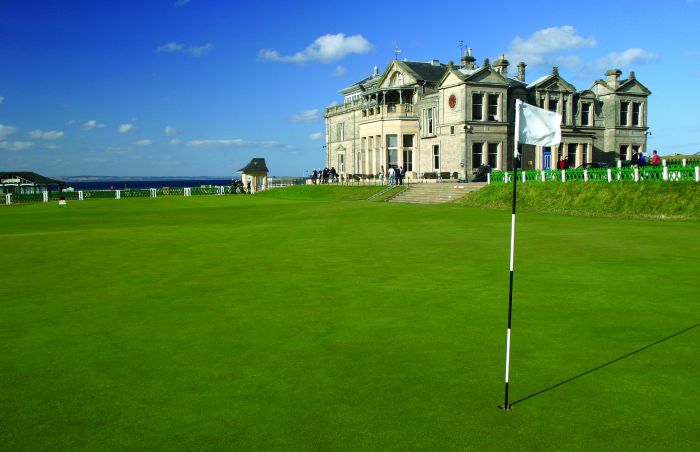 Or as we Yanks would say, blather.

Both of last Thursday’s referendums in Scotland were one-sided affairs. But at least the one pertaining to national independence qualified as an uplifting display of democracy in action, whatever you think of the outcome. The best thing to be said about the Royal & Ancient Golf Club’s vote to allow women members is that we can finally stop talking about it.

For the record, I lined up with the guys in the Augusta National / Martha Burk installment of the males-only controversy, but that was more because of the food-fight nature of the “discussion.” Even then, it was understood that the membership would eventually include women.

So while it’s never too late to “get it right” – in this month’s parlance – doing so at this point in the game inevitably betrays a certain willful detachment from commonly held standards (as the NFL is learning). This, despite the fact that the final resolution – having women members — is nowadays beyond dispute.

In our eagerness to bolster participation in golf, some have predicted that the R & A’s gesture, however symbolic, will instigate a surge in women’s play. I sure hope so, but the analysis doesn’t ring true: Working women and mothers already understand that they have as little in common with whomever the first female R & A members turn out to be as working-stiff guys have with Sandy Weill.

As Pam Swensen, CEO of the Executive Women’s Golf Association, so aptly (if inadvertently) put it: “The significance of women to the future of this game cannot be underestimated.”

That’s OK, Pam, we know what you meant. The R & A’s landslide acceptance of women members is unquestionably a positive development. That it took place in 2014 suggests how easy it is for us to turn matters of “principle” into – pardon the vulgarity; it’s a guy thing – pissing contests.