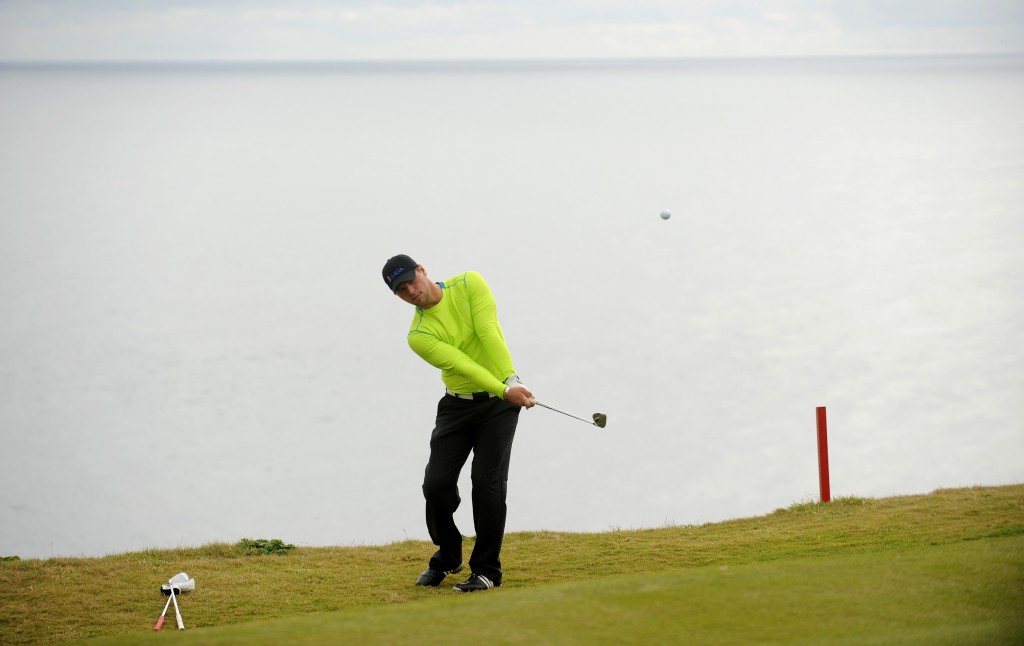 Tim Lang shot 79 in a drenching gale at Old Head Golf Links, the otherworldly course jutting into the Atlantic near Kinsale, County Cork, Ireland. But the numbers, and even the spectacular setting, pale in significance given the occasion.

That’s because it was Lang’s sixth “Alive Day” – the term armed service veterans apply to an anniversary commemorating a catastrophic war wound, a trauma so ghastly that, in their words, “they have no business being alive today.”

In Lang’s case, he lost his right leg below the knee when an improvised explosive device detonated while on patrol in Iraq, in 2006. He also suffered back and other injuries and has undergone 48 surgeries over the span of four years.

Like many of the dozen Wounded Warriors on this 11-day excursion to many of Ireland’s most exotic seaside links, Lang found motivation to enlist in the Marines following September 11, 2001. He was 16.

(The trip is magnamiously sponsored by newly launched Golf Digest Irish Tours and also includes stops at several iconic Emerald Isle venues: Ballybunion, Tralee, Waterville, Ardglass, Royal County Down, The European Club, all of whom contributed rounds gratis, as did the first-rate hoteliers accommodating the group. Assisting in the logistics is the Folds of Honor Foundation, which provides scholarships and other assistance to severely injured service members and their families while they transition to civilian life; and the Salute Military Golf Association, which champions golf’s rehabilitative benefits for wounded war veterans in a family inclusive environment.)

Now a handsome 27-year-old, Lang, from a Michigan family that includes 11 siblings, still fights a daily battle to manage pain, a struggle exacerbated by his conscious decision to stop taking various pain medications.

Things are looking up, though. Lang married last October and has found inspiration in devotion to his golf game and sharing that enthusiasm with others.

“I want to affect other people the way [golf’s] affected me,” he says, having just explained how loading the right side during his backswing is different for someone with a prosthetic leg.

With a handicap index at six — and obviously headed lower – Lang can really crush a golf ball, as this reporter can attest after watching him hit a par 5 at Old Head with a 215-yard 5-iron for his second shot.

And surveying the mesmerizing terrain surrounding us, it’s easy to relate to his assessment of the best of the golf: “You realize how awesome life is.”