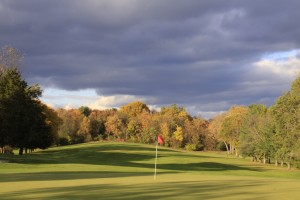 As the mother of all golf trails, Alabama’s Robert Trent Jones version may come to mind as Exhibit A of the master’s work. Fair enough. The trail, now 11 sites and nearly 500 holes, represents a seismic shift in the way golf-destination trips are planned, or at least how they’re marketed.

There is, however, an unofficial “trail” of Trent Jones, Sr.’s work dotting upstate New York that is in a sense more “authentic,” and certainly more varied in terms of the facilities’ overall character and ambience.

Coming late in Jones’s illustrious career, much of the design work on the Alabama trail was done by Roger Rulewich, then a colleague, but the layouts themselves show all the firm’s trademark elements and considerable topographical variety. Still, all the trail’s clubhouses are standardized configurations – convenient for serial visitors, but a bit boring.

By contrast, Jones early work in upstate New York includes a bit of everything: There are WPA projects like the 1936-vintage Green Lakes State Park, near Syracuse. Cornell University’s course, in Ithaca – Jones’s alma mater, where he devised the first independent study curriculum embracing golf course architecture – is his design, as is the track at nearby Colgate University, in Hamilton.

Then there’s Wiltwyck Golf Club, in Kingston, a private club that this reporter was surprised not to have heard of until a colleague invited me to join him and his father for a round there.

Built in 1955, during a post-war boom that fueled a slew of Jones’s 500+ projects, new and renovation, Wiltwyck turns out to be an engaging, fun example of the auteurism to characterize his entire career: purposeful bunkering, sometimes penal, sometimes directional or retentional, elevated tees and greens, well-deployed water features, tough par 3s, difficult without a ton of deception.

In short, a no-nonsense test, notwithstanding the contours of the terrain and the resultant uneven lies. And while there’s a certain consistency to Jones’s designs around the world – the Caribbean, Europe, Hawaii, the Mediterranean – his design vocabulary seems particularly well suited to the craggy landscape of upstate New York (as it does to some of the stops in Alabama).

Played on one of the final days of last season, Wiltwyck seemed a bit longer than advertised, which is 6,891 from the tips (not that we played them). A par 72, it slopes out at 137 from there, rating 74.6. It’s a more than manageable walk, blessedly devoid of housing, and, as is so often true of courses of the era, has beautiful hardwoods, dazzling in the fall, many flowering in the spring.

We were virtually alone during and after our round, but the club seems staunchly devoted to golf (although there are social memberships and family activities). My supposition is that the membership shares an extraordinary devotion to the game and their distinguished course.

For the visitor, it’s an under-the-radar brush with the principles of modern golf course architecture. Some of these may be unfashionable these days – Jones wasn’t averse to pushing around mass quantities of dirt, for example – but highfalutin principles be damned: Wiltwyck is a quality golf experience and an object lesson in what makes his designs popular.