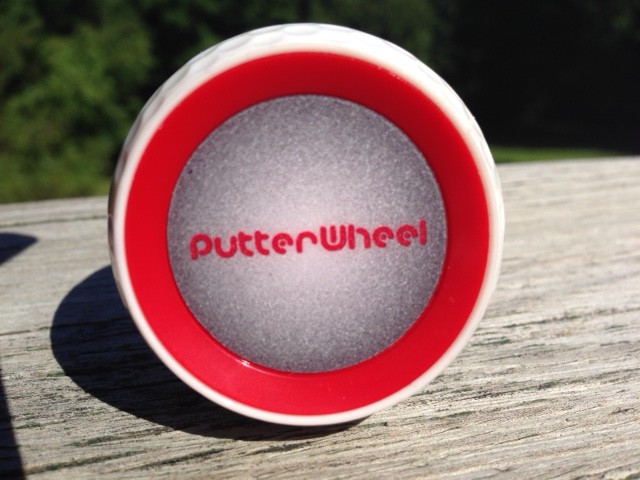 It’s easy to be dazzled by the ever more sophisticated motion capture contraptions, launch monitors, and wearable technology designed to make us better golfers. In one respect, though, the phenomenon is unremarkable: Similar transformation is occurring in other sports, industries, indeed nearly every aspect of our lives. 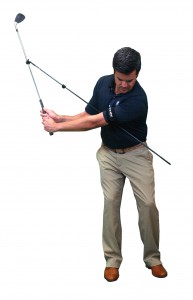 Among the things that make golf sui generis is the apparently inexhaustible supply of training aids and other doohickeys not requiring microchips or circuitry. These spring not from the imagination of a computer scientist but from golfers presumed to have an obsessive attachment to the game. Their inventions are noteworthy for their simplicity, not their complexity.

Whether your reaction is, “Why didn’t I think of that?” or, “Who the hell thinks of these things?” collectively they add to the fun of being a golfer. When it comes to “stuff,” golf is chess, other sports are checkers. Some examples:

Golf In Sync. The essence of simplicity, this is a Velcro-affixed bicep cuff, through which is threaded a rod also attached to a club shaft. The symmetry of these three elements forces the hands, arms, and torso into the proper positions for full and, especially, short game shots. If that sounds confusing, check out the narration-less loop at the website. The pamphlet that accompanies the cuff and rod was apparently written by the company’s co-founders, Niklas Eliasson and Anders Fihn – a fun read, but not as helpful as the video. 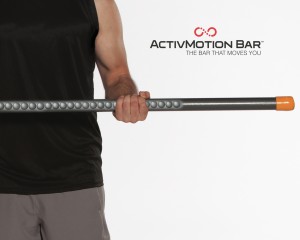 ActivMotion Bar. Roughly the length of a hockey stick, it’s a hollow bar partially filled with ball bearing-like weights that shift in unison with various postures, for instance, side bends. This motion makes for enhanced stimulation of muscle tissue, and the aural feedback from the shifting weights promotes good tempo and stability. Makes a great warm-up prop. Available in various weights and in trainers’ packages.

Arm-Lock Golf. Not a training device per se, the idea came to Ronnie Espedal, company president, as a bridge between long, anchored putters – soon to be banned at the highest levels of competition – and conventional putters. It’s simply a grip large enough to fit comfortably against a golfer’s forearm. The putter shaft passes through the grip on a slight diagonal to maximize surface contact with the arm. The oversize grip also works fine for players who’ve never used a long putter. 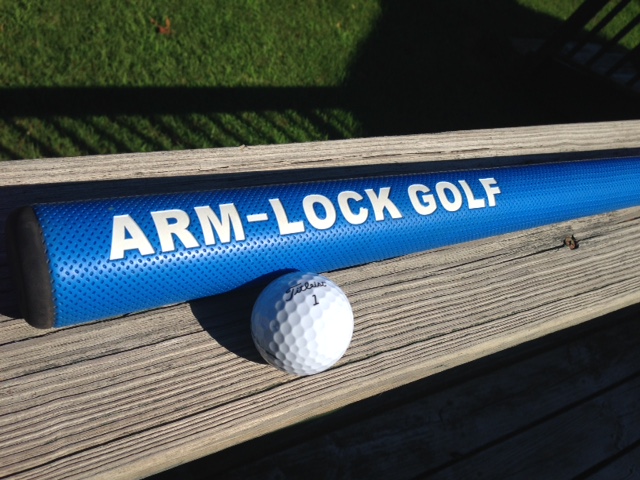 Putter Wheel. Making solid contact with the flat stick can be exasperatingly elusive, but you’ll know instantly when you have – or haven’t — done it by using the Putter Wheel. Basically a golf ball with two equally sized cross sections removed on the same axis, it wobbles when not struck smoothly, going right for a push (for right-handers), left for a pull. A stencil included in the package allows you to take it “to the course” by marking a conventional ball to look like the device. 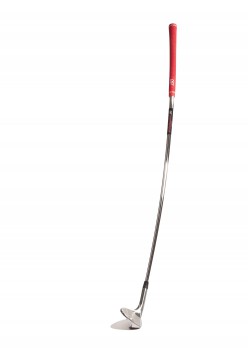 DST Compressor Wedge. Everyone knows it’s bad form to flip wedge shots with the hands through the hitting area, but it remains a widespread problem. Ingenuity to the rescue, in the form of an elementary solution – a club with a slightly parabolic shaft to encourage firm wrists through impact.

Butter Putter. If asked to choose a poster boy for fun but thoughtful golf gadgetry, this reporter’s choice would be Sam Froggate, of EyeLine Golf, clearly enthralled by both the game and by tinkering. Among the recent additions to the company’s extensive line of game improvement apparatus is the aptly named Butter Putter. Just a putter with a flexible shaft, it will let you know when there is any disjointedness in the tempo of your stroke. A sliding sleeve on the shaft allows for adjusting its sensitivity: More flexibility near the top of the shaft, less closer to the head.

What will they think of next? As the Gilda Radnor character on Saturday Night Live often said, “It’s always something.”