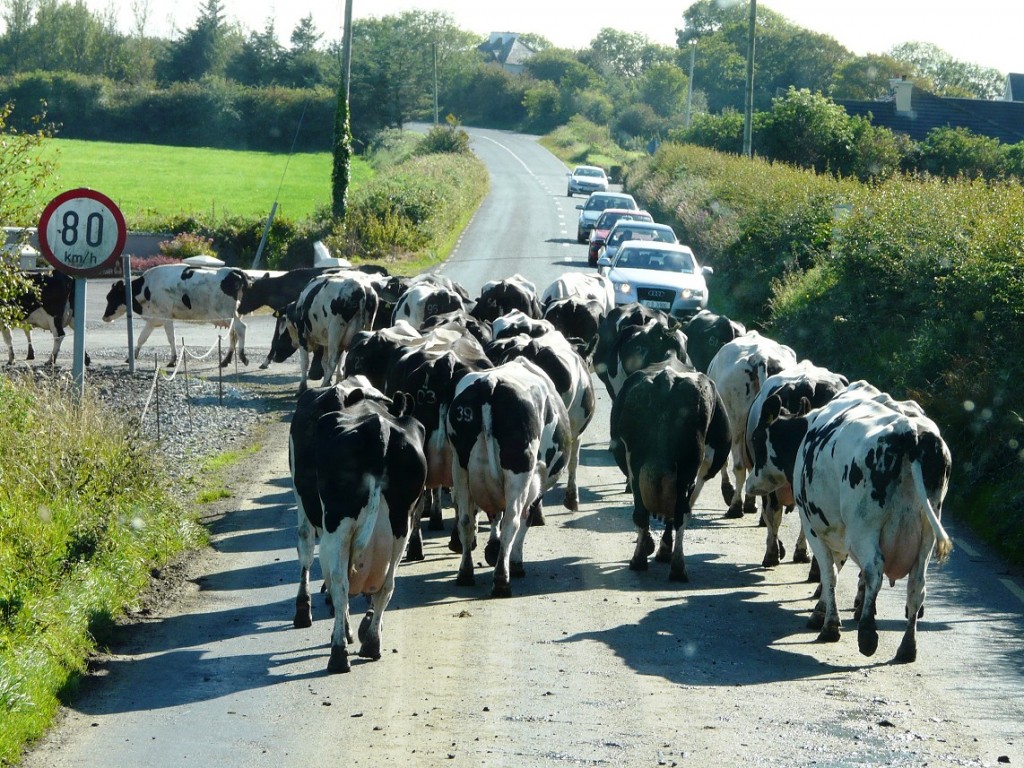 Obstacles to driving in Ireland aren't confined to the "wrong" side of the road. Photo: Carola Kammerinke

We’re not talking about club selection here, but a decision that will fundamentally affect your Ireland golf experience.

Most red-blooded Americans tend to assume that they’re capable of driving virtually anywhere in the world. And given the choice between getting themselves around and depending on someone else to do it, the former is the default choice.

You can drive in Ireland – and it can be part of the fun — as long as you understand what’s entailed. Of course, the most obvious difference between motoring here and in the States is sticking to the left rather than to the right. But while the “inter-county” divided highways are as good as any you’re used to (and generally much less congested), you’ll inevitably find yourself on narrow secondary and tertiary roads. They typically have no shoulders and are often lined with hedgerows, stone walls, or both. There’s essentially no margin for error.

It’s also true that the authorities in Ireland have rightly become extremely stringent in enforcement of DUI laws, with no exceptions for foreigners.

(This led to a couple of antic incidents during our visit, which apparently coincided with festivities for members at the clubs we played. Arriving for an early round at Carne Golf Links, for example, we were surprised to see a half-full parking lot. Would the course be packed? Not to worry, the woman in the pro shop explained, the captain had hosted his annual dinner the night before, and the cars in the lot belonged to revelers who’d taken taxis or other safe means of transportation home. The course was wide open.) 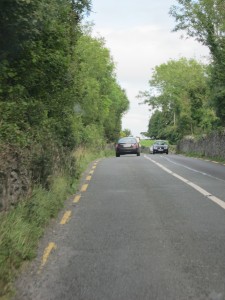 Getting to golf courses in Ireland generally requires navigating narrow roads lined with rock walls, trees, hedges, and so forth.

There’s also the matter of cost. Rentals in Ireland are expensive relative to North America, especially for automatic transmissions. So is gas, which is dispensed by the liter, the gallon equivalent being roughly half again what we pay stateside.

It all depends on your conception of what your Irish golf vacation ought to be about.

“As with all aspects of trip planning, the choice revolves around participant expectations,” notes Gordon Dalgleish, president of PerryGolf, golf tour operators who arrange both guided excursions and self-driving itineraries. “Some travelers simply have no interest in driving themselves and enjoy the services of our Concierge Drivers who manage their experience from airport arrival to airport departure, including caddies, dinner reservations, and so forth.”

“On the other hand many travelers enjoy the freedom that self-drive affords them, and it’s possible to build the requisite amount of structure into the itinerary. For instance, our self-drive programs come with explicit route directions and 24-hour assistance, so even when you are traveling on your own, you are never far from support.”

It can be a tough choice. Even the Golf Road Warriors divide down the middle on the question: Hal and yours truly don’t mind taking the wheel, while Jeff and Peter prefer sitting in the safety of the back seat and cracking wise.