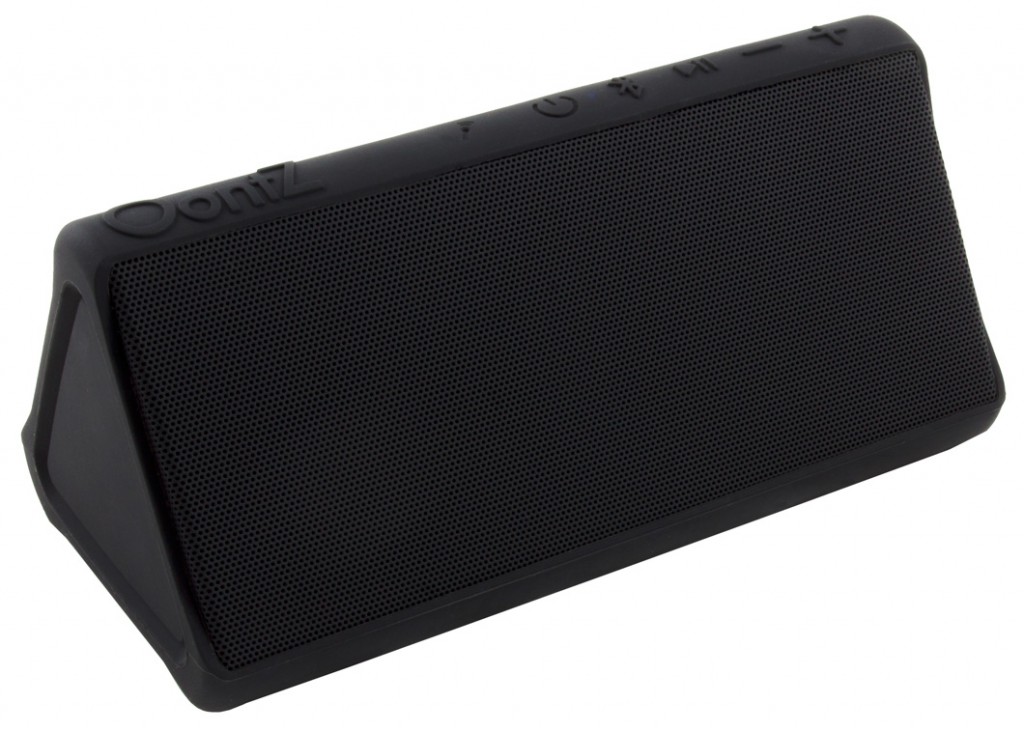 The OontZ Angle PLUS, from Cambridge SoundWorks, fits in your golf bag or your cart.

First it was two features over the electronic transom in the same week on a golf-instruction topic never before seen – a cosmic phenomenon in itself – namely, using music as a practice device.

Then, on a golf break from the PGA Show at The Four Seasons Orlando Resort’s most excellent Tranquilo Course, I heard music coming from a group playing an adjacent hole. Perhaps because the course was notably uncongested, or because my foursome was absorbed in trash talk, the tunes didn’t seem obtrusive.

Finally, wandering the floors of the show, I came upon the unostentatious booth occupied by Cambridge SoundWorks. They make compact, inexpensive, wireless speakers with Bluetooth synchronicity, which can easily fit in a golf cart, among other places; a conical unit with a rounded top, in fact, slots into the cup holder.

My instinctive reaction, as I blurted out to the thoroughly likeable staff at the booth, was: This is a really bad idea. Shouldn’t the golf course be the one (and maybe only) place, even for music lovers, where outside stimulus is confined to the sounds of nature, ball on clubface, and (perhaps to a lesser extent) one’s companions?

On second thought, though, some sort of routine musical accompaniment in golf seems at least defensible, if not desirable. Music and golf have an intrinsic kinship in their steep but ongoing learning curve, not to mention the importance of rhythm.

Numerous attempts to attract a younger demographic to the game have focused on a more welcoming approach to technology, especially interconnectivity. The preference here would be to get rid of it all. But as a participation-expanding compromise in the battle of ever-encroaching static, music wouldn’t be bad.

The marketing potential would naturally include the chance to knock some of the polish off what is widely considered golf’s crusty patina: How about a Grateful Dead outing for the fossils, Iggy Azalea for the kids? Course play lists could become as big a factor in booking a round as slope rating. Unemployed pros could become golf DJs.

Sure, technically you could even now be listening to music with headphones and playing golf, but this has clearly been considered anti-social, rightly so. However, the same was once said of talking on a cell phone in public, and the prediction herewith is a similar continued relaxation of the mores applied to golf-course music.

Technology may indeed provide a solution, say, music that is audible only while seated in a cart, or “budless buds.”

Regrettably, advertising and other propaganda will be inevitable, and it’s difficult to imagine how this will alleviate pace-of-play issues. But maybe a tune in your head will be a performance-enhancer. We’ve tried many stranger things.