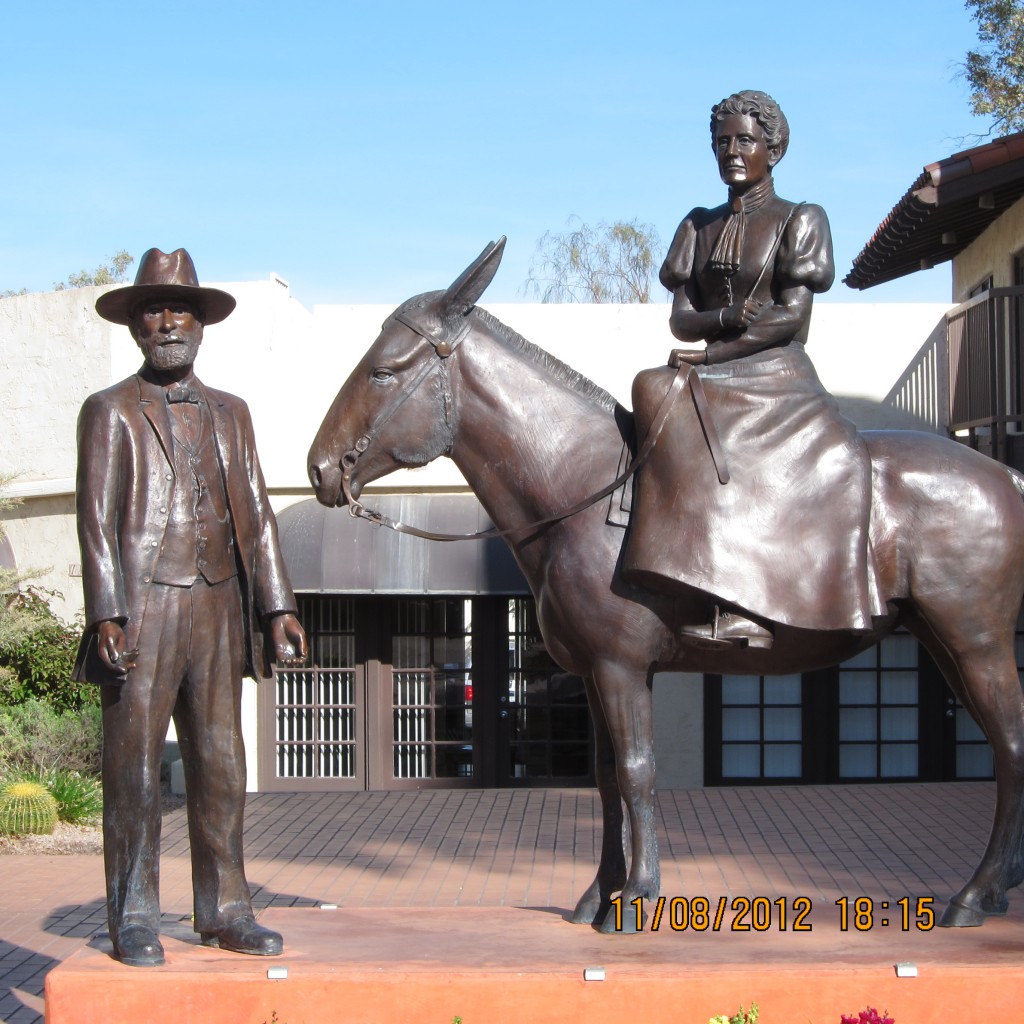 It may not be evident from the above sculpture – depicting founder Winfield Scott, wife Helen, and Old Maude – but Scottsdale is really a warm and vivacious town. And not just because it’s in the desert.

Actually, the Golf Road Warriors are grateful to have been graciously received wherever we’ve visited. But Scottsdale struck this reporter as projecting a particularly welcoming atmosphere. This in turn reinforces an axiom formulated during copious travel experiences here and abroad.

That is, the more diverse and dynamic the population-growth pattern of a given destination, the more likely visitors and newcomers are likely to feel welcome. Conversely, the greater the proportion of “lifers” or “insiders,” the more likely outsiders will feel like, well, outsiders.

The algorithm is an imprecise one, of course, but Scottsdale could be its poster child. According to the most recent census, roughly six of every 10 residents hail originally from another state or country. If everyone’s a stranger, no one is.

“What I like about Scottsdale is the combination of small-town feel and cosmopolitan sensibility,” said the Australian transplant sharing the golf cart during our round at Talking Stick. “The variety of backgrounds of the people you meet here makes it easy to fit in.”

Scottsdale’s also a young town – literally, though thanks to its wholly understandable appeal as a place to retire, not necessarily demographically. Winfield Scott, formerly a chaplain in the Union Army, first called the settlement Orangedale and didn’t become the town’s namesake until 1897. Scottsdale, in turn, didn’t officially incorporate until 1950.