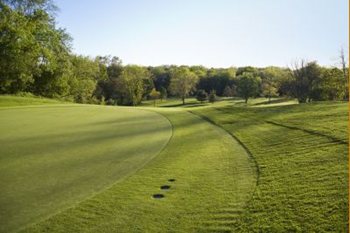 Some of the most seasoned, innovative sun-seeking travelers from around the world have been making their way into Michigan, of all places, this summer. Sure we’re the state that set records for consecutive days of sub-zero temperatures this extended winter, but our long summery days are finally here, despite the icebergs still floating in Lake Superior. But who are they? And why are they coming?

Golf, is the answer. Michigan, which at one time featured more than four professional golf tournaments each summer, lost most all of them, which rely heavily on sponsorship, in recent years. The LPGA’s Oldsmobile Classic at Walnut Hills in East Lansing became extinct when General Motors eliminated the nameplate from its’ lineup. Buick backpedaled on its’ event at Warwick Hills in Grand Rapids, which was one of the longest-running on the PGA Tour, when the auto companies required a government bailout. Even the Champions Tour’s Ford Senior Players Championship, which was played on a course built on Ford land literally in the shadow of its “Glass House” headquarters in Dearborn, pulled up stakes and moved to the east coast. The glamorous Ryder Cup and PGA Championship at Oakland Hills Country Club in Bloomfield Township were not annual events, and when Egypt Valley, in Ada, ended its’ annual Champions Tour event after 19 years, the party was over in Michigan.

But lately professional golf is back with a vengeance, and with it, plenty of exposure for our “Pure Michigan” brand of lakes and land. The Senior PGA Championship was staged on the Jack Nicklaus-designed course Harbor Shores in Benton Harbor, and a famed Scotsman, Colin Montgomerie won the event – a title captured two years ago by Englishman Roger Chapman – who joked about buying property in Michigan when a month later he won the U.S. Senior Open, which happened to be staged that year at Indianwood Country Club in Lake Orion. 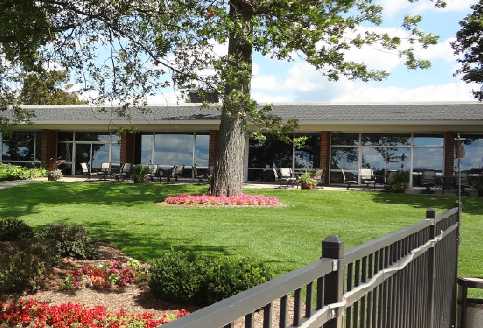 Battle Creek Country Club, in the first week of June, hosted female golfers from 52 different countries vying for a $100,000 purse in the Firekeepers Casino Hotel Championship, according to Kathy George, General Manager of the snazzy Firekeepers Hotel. The championship was a Symetra Tour event that will be followed up by many of the same players in the Island Resort Championship at Sweetgrass Golf Club in Harris in Michigan’s Upper Peninsula June 27-29. Both events offer players, who are striving to make it to the LPGA Tour, the chance to win points toward the Potawatomi Cup.

And for the first time in 10 years the LPGA will return to Michigan for the Meijer Classic, a $1.5-million dollar event August 7-10 at Blythefield Country Club in Belmont near Grand Rapids. Viewers from around the world will see the Meijer Classic – and Michigan – on Golf Channel telecasts. “The area has such passionate golf fans and with Meijer’s commitment to giving back to the community, this tournament could not be a better fit for the LPGA,” said the tour’s commissioner Michael Whan.