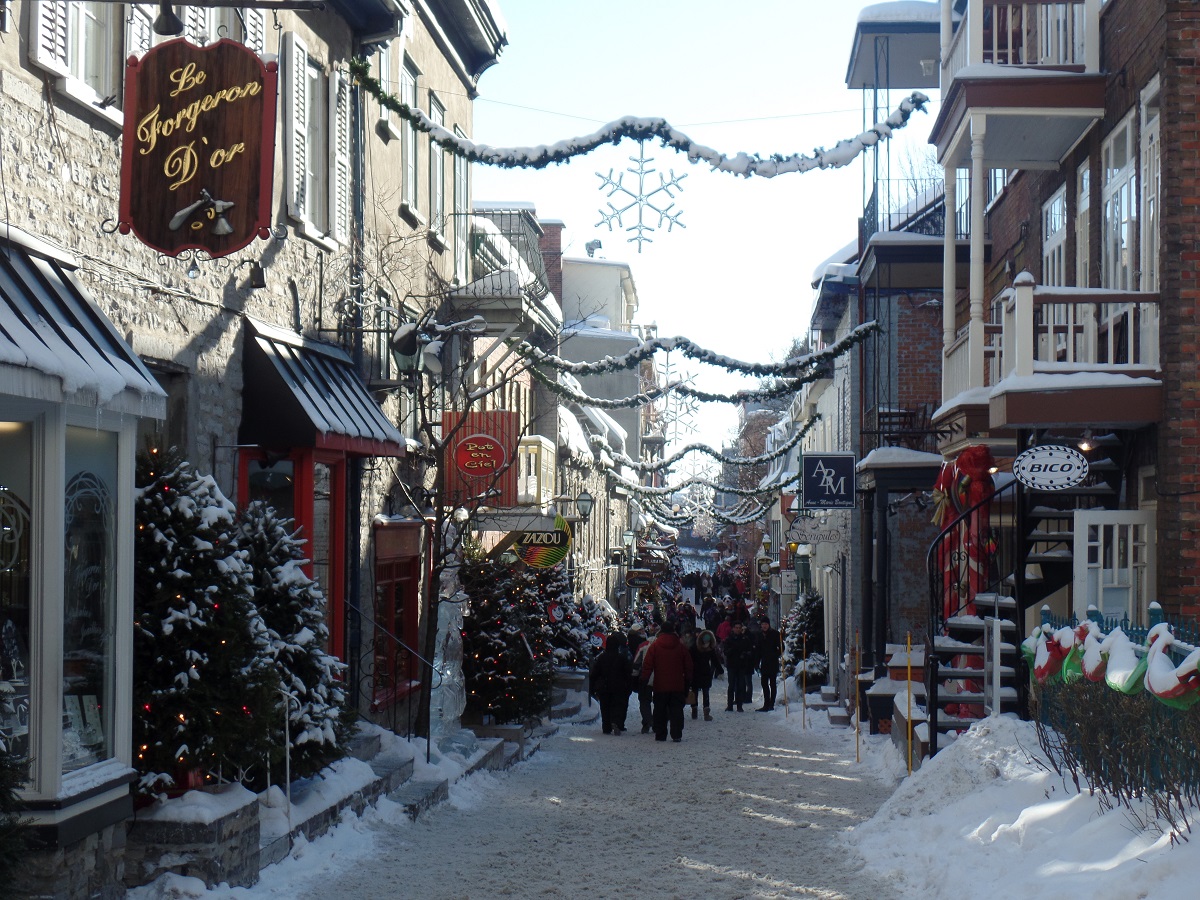 Old Quebec City is a romantic step back in time, with one foot in Europe and one in North America

A viable Valentine’s Day relies on romantic notions. There is no denying the French have mastered the mood – from the aphrodisiacal cuisine to the saucy language and accent best whispered in a quaint, candlelit restaurant over champagne, mon cheri. You and your beloved needn’t travel all the way to Paris to experience the joie de vivre of the French. Eastern Canada’s Quebec City is an old-world, historic, walled city on the St. Lawrence River steeped with European flavor in all seasons.

“Quebec City is a convenient international adventure without leaving North America,” says tourism spokesperson Michel Carmichael. “We are a walkable city with one foot in Europe and one foot in America. 96-percent of the inhabitants speak French, we have a different currency, the architecture and character of the historic and buildings hotels is charming, and our gastronomy is exquisite. There is a difference between ‘feeding yourself’ and ‘dining.’” In other words, pass on the poutine; crave the crepes. Le Billig Creperie, with its’ “Bearn” – a buckwheat crepe filled with confit of duck, spinach, goat cheese and onion marmalade – is one of the stops on Tours Voir Quebec’s “food and wine tour.” Colorful Francois Vidal leads personal, walking, tasting trots through Quebec’s romantic upper town. He blends history – in English and French – into the stroll. The sheer enthusiasm he displays in presenting each of the seven restaurant owners and varied culinary experiences is delightful.

Vidal will take you for Crème Brule at Restaurant la Cremaillere. “This is the type of romantic setting in which people propose marriage,” says manager Jean Labelle between sinful spoonfuls. “The owner will sometimes sing to the customers.”

Over on Saint Jean Street at Le Moine Echanson, manager Melanie Lapierre explains why there is no wine list. “Our waiters converse closely with customers to determine what type of wine they like and are in the mood for and then choose a bottle and customize dinner around the wine.”

The menu at nearby Tournebroche revolves around only whichever fresh, local ingredients are available at the time, according to Cynthia Morin, who, in her presentation, displayed a photograph of the vegetable and herb garden growing on the roof. “We are 85-percent local and organic. We season our dishes with citrus, rosemary and pepper instead of butter or salt,” she explained. 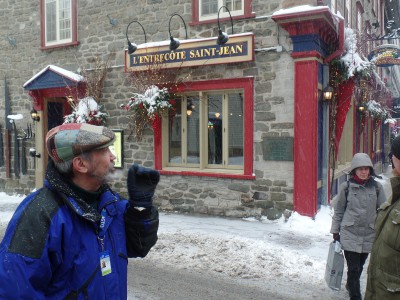 Nothing is more local in the region than maple syrup, and a stop at Les Delices de l’Erable allowed for tasting different golden grades – including a three-percent alcohol version – blended into butter, tea, mustard, candy and coffee. Maple syrup in cosmetics? “Oui, mademoiselle!”

“As for romance, we’ve saved the best for last,” said Vidal as he passed around goat cheese with pear pureed chocolate truffles at Erico Choco-Musee – a museum of chocolate which included the display of a cocoa dress – size six. “Imagine the possibilities!” Vidal chimed with a warm, playful grin.

Delta Airlines services Quebec City, which is about a 12-hour drive from Michigan. Visit www.QuebecRegion.com for information.