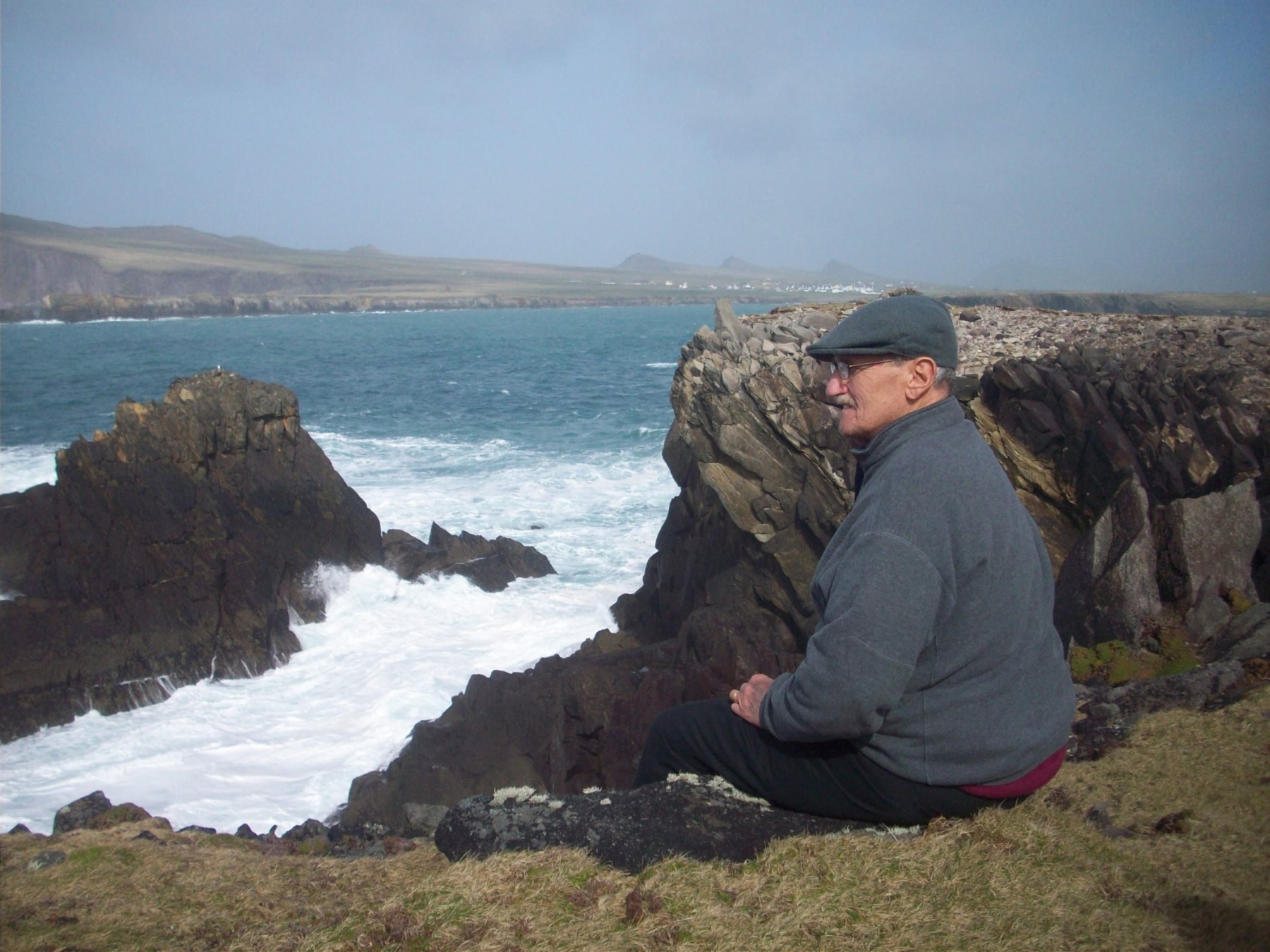 We were decades apart in age, but our elbows, both bent, were inches apart on the bar at the Dingle Pub next to Paul Geaney’s Pub and across from Benner’s Hotel one afternoon more than ten years ago in the wilds of western County Kerry, Ireland. Mighty John O’Brien, himself a pub owner from Tramore – another seaside town but over in County Waterford – was on holiday in the tiny, picturesque fishing village of Dingle with his wife Anne. John was alone, though, in the pub lifting glasses of Guinness to calm his nerves – his adult son Andre was in need of a kidney transplant. I was, somewhat less urgently, nursing a broken heart…pint by pint.

Commiseration is a word the Irish historically understand and embrace through hospitality. Conversation is another. O’Brien and I engaged in the Irish art of both that afternoon while swilling “the black stuff” or, as he referred to Guinness: “mother’s milk.”

Before the end of our session we’d agreed to meet the next day, but not too early in the morning, to walk 18 holes at Ceann Sibeal – Dingle’s golf links in nearby Ballyferriter, which we did. Since then our transatlantic friendship has been cemented over various Emerald Isle visits as O’Brien and I have reconnected to play Tralee, Doonbeg, Lahinch, and stay at Dromoland Castle – each epic Irish golf and lodging experiences. O’Brien, white-haired in his 70’s, is still a mad keen golfer with a powerful lunge and larger than life, frenetic enthusiasm. He dispenses political opinion, Irish jokes, business advice, and philosophy, animated by his proud, Irish eyes and dramatic, elbow poking delivery.

My heart healed eventually and O’Brien’s son Andre got his transplant. In fact John had to scurry off a golf course (where he’d been watching the European Tour play on the Jack Nicklaus course at Mount Juliet) and hustle to a Dublin hospital near the Guinness factory via a police escort when urgent word came that a donor kidney had become available for his son.

Last St. Patrick’s Day my brother Robert and I took our own father Arthur on his first trip to Ireland. We kissed the Blarney Stone one morning and visited the Waterford Crystal factory by noon. At O’Brien’s insistence, since we were near Tramore, we sought out his home and knocked on his door. Better than any resort, hotel or inn, O’Brien’s wife Anne had prepared a traditional bacon and cabbage dinner for us, but only after John drove us from pillar to post on a whirlwind tour of his breezy town perched on cliffs high above the Irish Sea and bought us a pint at Tramore Golf Club. Genuine Irish hospitality, indeed.

My advice? When visiting Eire, go where Ireland takes you, especially to the village pub – any village, any pub – where the soothing smell of a peat fire and the din of conversation can lead to lifelong friendship. Happy St. Patrick’s Day and…Slainte!