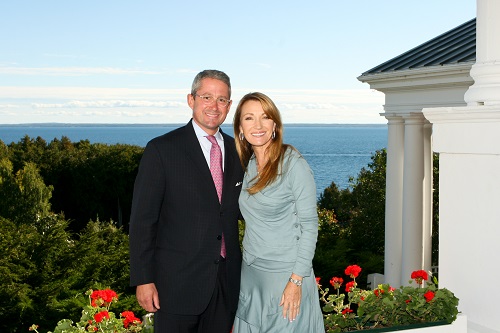 Hollywood actress Jane Seymour told me this week she tries not to travel too much these days. Who can blame her since she lives on the beach in Malibu, California?

“I have a family. I love to be together with them. I have grandchildren, but yes, I do travel a bit because business interests and filming take me away,” said Seymour, via telephone. Seymour, who played Bond girl “Solitaire” in 1979’s spy flick “Live and Let Die,” lives down the beach from Roger Moore, who played 007 in the movie.

Will Seymour make an exception in order to return once again to Mackinac Island’s Grand Hotel October 16 though 18 for the annual “Somewhere in Time” weekend, when fans of the film fill the hotel in period costumes for screenings, dinners and discussion? Seymour, 64, played Elise McKenna in the romantic movie filmed at the hotel in 1979.

“’Somewhere in Time’ and Grand Hotel are very special and I’ve put it into my schedule and am hoping I can get there. Hopefully my daughter Katie will come, too, since she looks exactly as I did when I made the movie. People like that,” said Seymour, who has made countless television movies and appeared in 2005’s “Wedding Crashers” with Vince Vaughn, Owen Wilson and Bradley Cooper.

And while staying in Malibu to be with family is nice, Seymour has traveled with her daughter to Grand Hotel in the past. 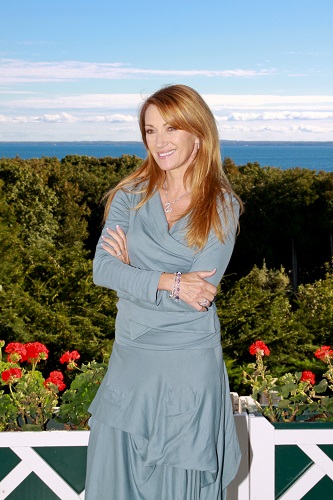 “There is no love like the love between a mother and a child,” said Seymour, as Mother’s Day approached.

Family travel can provide excellent bonding experiences. I vividly recall my own mother Gladys taking me to Mackinac Island as well when I was young and to other Michigan vacation spots such as Houghton Lake and Irish Hills. When she chaperoned my seventh grade school field trip aboard a sightseeing ferry in the Detroit River between the Motor City and Windsor, Canada, I suppose that qualified as my first “international cruise.”

And as for movies, though we saw the likes of Disney movies and not flicks like “Somewhere in Time,” my mother could make Saturday afternoon trips to movie matinees seem like adventures, too. Sometimes it’s only possible to try to feel like you’re on vacation when reality keeps you close to home. Walnut Hills Country Club, in East Lansing, is trying to answer that modern family-casual activity need to help people feel like they’re “away from it all.” “We are where you can relax poolside while the kids splash and dive and you can have a tennis match with friends,” says the golf club’s website. Its’ restaurant, “Copper,” with a sweeping, scenic view, is open to the public and offering a “Mother’s Day Menu” from 11 a.m. until 9 p.m. featuring beet salad and bacon Brussels sprouts plus beef, pork, fish and shrimp among many offerings for Mom that day.

Visit WalnutHillsGolf.com for details and varied membership options. To join in the Somewhere in Time Weekend and possibly meet Jane Seymour, visit www.GrandHotel.com

Michigan-based travel writer Michael Patrick Shiels may be contacted at InviteYourself@aol.com or via www.TravelTattler.com His talk show is heard weekday mornings in Lansing on 92.1 FM and seen on Fox 47 TV.