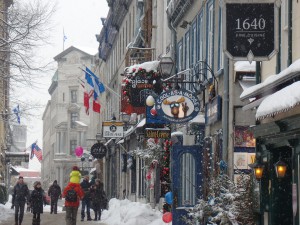 It’s a destination dilemma. Where could you go? And, realistically depending on your time and budget…where can you go?

Three-out-of-four Michiganders are planning to take a vacation in 2018 according to the AAA Consumer Pulse survey, with the bulk of voyagers in motion between April and September. 43-percent are expected to take a spring break of three days or more; while 79-percent plan for at least one summer vacation between Memorial Day and Labor Day.

The survey also released the top-5 types of desired destinations for travelers from the Mitten State. It’s often helpful to plan ahead, so given the ranked results, here are getaway suggestions ranging between “dream vacations” and “stay-cations.”

The majority of respondents – 36-percent – seek a “beach destination.”

Kamalame Cay Resort, a 96-acre private island resort in the transparent waters off the Andros Great Barrier Reef near Nassau, Bahamas, welcomes a maximum of 70 guests who stay in 3,600-square-foot bougainvillea-draped villas.

Where can you go?

Michigan’s Grand Haven Beach State Park is 48 acres of smooth, soft sand on Lake Michigan offering a view of the iconic pier and lighthouse with sunsets on the lake’s horizon. Historic Washington Street Inn, a post-Victorian era bed and breakfast in the nearby neighborhood, makes for a turn of the century stay.

The survey revealed thirty-percent seek a visit to a city or major metro destination.

Where can you go?

It’s a fountain of fire greeting guests in Battle Creek at Firekeepers Casino which, since the day it opened seven years ago, has been daring Midwesterners to come “get their Vegas on” with a stylish hotel, showroom, varied 24-hour drinking and dining options (including the time-honored ‘Vegas buffet), and gaming under flashing lights and pulsing music.

Twenty-percent of those surveyed expressed interest in an international adventure.

Where you can go?

Eastern Canada’s 400 year-old Quebec City, a UNESCO World Heritage site, is like going to Europe without crossing the ocean. Walking the narrow, cobblestone streets of the French-speaking, walled city on the Saint Lawrence River in any season is an old world affair. Lodging options range from the towering Fairmont Le Chateau Frontenac to the beautiful, boutique Auberge Saint-Antoine. February’s annual, two-week Carnival de Quebec is a charming wintertime “bucket list” experience for families, as is a frigid night in the area’s Hotel de Glace: a 50-room hotel made entirely of ice.