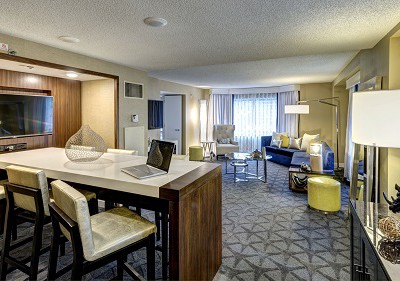 The National Football League may be operated out of an office in a New York City skyscraper, and Gotham may boast two gridiron teams, but the heartbeat of professional football is in the heartland – Chicago. “Da Bears,” one of pro football’s original teams, has won more games and enshrined more Hall of Fame players than any other toe-to-leather organization. The sport will pay homage to the “Monsters of the Midway” Thursday through Saturday when it stages its’ 80th “NFL Draft” in the Windy City – the first time in a half century the event’s been outside the Big Apple.

There won’t be a single pass thrown or tackle made, but there will be plenty of excitement, as collegiate starts-turned-NFL-signees, along with NFL legends, will stroll up a red carpet into historic Auditorium Theatre on Michigan Avenue for the first two draft rounds on Thursday and Friday nights, with rounds four through seven at “Selection Square, across from the theatre” at Congress Plaza, via remote from NFL cities around the country.

The NFL’s marketing masters, along with Chi-Town’s creative civic leaders, are turning Grant Park into “Draft Town,” a free, three-day, outdoor, 900,000-square foot interactive football festival. Museums, high-tech games, youth football clinics taught by NFL legends, autographs, live music, food, obstacle courses, team-specific exhibits, memorabilia, shopping, and of course, beer tents will entertain locals and visitors who want to feel like part of the action. While the world watches on ESPN and the NFL Network, Grant Park’s famous Buckingham Fountain will change colors every 10 minutes – lit up to match the colors of the team about to make the next draft pick. 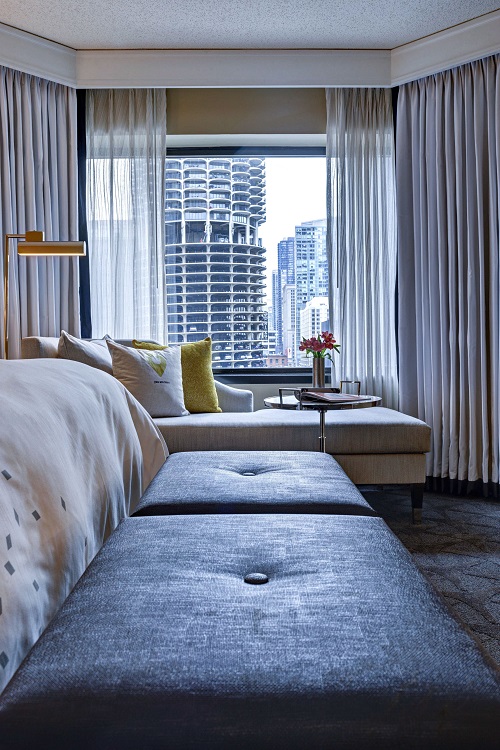 For more information and hours the exhibits are open, visit www.NFL.com/DraftTown or book a stay and play package at NFLonLocation.com. The Radisson Blu Aqua Hotel, on North Columbus; and the Doubletree Hilton Magnificent Mile on East Ohio; are handy hotel choices, as is The Peninsula, on East Superior. Dolphin fans can get a slice of South Florida at Joe’s Seafood, Prime Steak and Stone Crab, on East Grand, based on the legendary Miami Beach restaurant. Bear fans won’t miss chomping on “Da Pork Chop,” the signature dish at Mike Ditka’s Restaurant on East Chestnut. The Super Bowl-winning coach’s eatery is in the shadow of the Hancock Tower.

Or save your appetite for one of Chicago’s next big festivals: The Windy City Smokeout, featuring world class barbeque, country music, beer, “Man vs. Food’s” Adam Richman, from the Travel Channel, all on Grand St. along the Chicago River  July 10-12. I bet every football player would love to be drafted by the Bears just to attend that. Visit www.WindyCitySmokeout.com for the schedule and package prices.