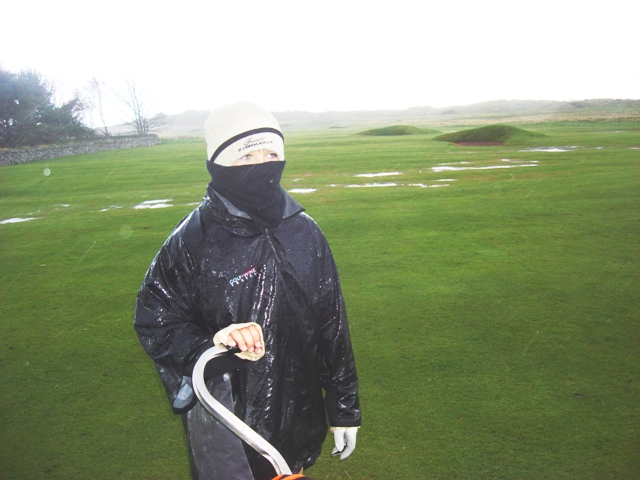 I looked out the window of my radio studio across the street. More than 15 Dean Trailways school buses full of elementary-aged children  had pulled up in front of the baseball stadium to attend a 10 a.m. minor league game scheduled especially for them. The trouble was, it was chilly and damp with drizzling rain. “Poor kids,” I thought. They wore baseball caps, some carried their mitts, and they were surely excited about a day out of the classroom.
I remembered, too, leaving a conference one morning on Mackinac Island a few years ago. As I walked down the main street to the ferry, it was blowy and rainy. From the docks, though, spilled hundreds of little school kids who were there for a field trip. The rain was not going to stop them! They clamored into the souvenir and fudge shops, hopped on horse-drawn carriages, headed for the fort to see the cannons, and the bravest still rented bikes, put plastic ponchos over their heads, and pedaled away to their heart’s content. Though they made the best of it, I felt sorry for them. They’d probably been so excited about the day…but no one expected it to turn out like this.
One of my earliest memories is that I was to attend a year ending nursery school picnic at Elizabeth Park along the Detroit River when I was four years old. There were going to be pony rides! It rained that morning, though, and when our home phone rang, I learned we could not be going. I recall asking my mother what the definition of the word was “postponed” was?
“It means they hope to have it on another day sometime,” she explained.
“But Mom, this was the last day of school!”
Then I learned the meaning of the word “cancelled.”
I was devastated. My mother tried to console me by having a little picnic just for us in the backyard that day with peanut butter and jelly sandwiches and bike rides, but I just could not understand why the event didn’t go on. It was only sprinkling. There was a break in the clouds, after all!�
As a teenager, I remember watching the 11 pm weathercast on television and going outside to look for cloud cover in the sky, but I refused to believe the weather would was out my Saturday morning golf round with my pals until I woke up early laying in bed listening to hear if raindrops were pelting the window of my bedroom.
As adult travelers, we suffer the disappointment of flights cancelled or delayed, lost luggage, dinner dates at gourmet restaurants which ended up being less than the cuisine – or romance – we’d hoped for, rental car flat tires, and obstructed view seats at concerts. With time and experience, we learn to be less surprised by these situations and we handle them with dignity and grace…sometimes. My advice as a travel writer? Plan ahead. Prepare for uncontrollable changes in your itinerary. And keep a plastic poncho in your briefcase!
�
Michael Patrick Shiels hosts the morning show weekdays on WJRW 1340 am in Grand Rapids. For a list of affiliates visit MichiganTalkNetwork.com.