When cancer took Marriott’s CEO Arne Sorenson at age 62 on President’s Day I was, of course, sad to hear of his passing. I’d had the opportunity to spend some time with Sorenson, only the third CEO in Marriott history, in Chicago a few years ago. 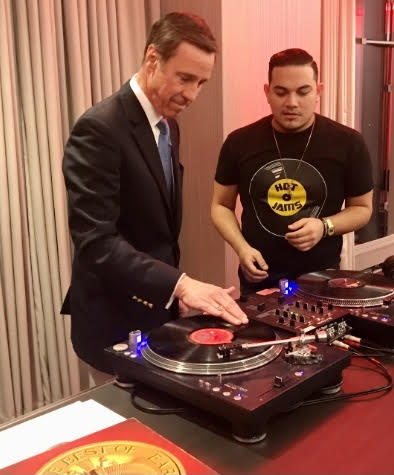 Marriott, under Sorenson, became the largest hotel company in the world, and we visited at what felt like the top of the world: a lounge on the 33rd floor of a new Marriott Marquis hotel looking over Chicago’s iconic skyline after dark. We talked about how Chicago is known great hotels, food, architecture, and radio. It is home to the National Radio Hall of Fame.

“I hosted a radio show at my small college in the late ‘70s called ‘Night Breezes.’ ‘Night Breezes’ had to be spoken with just the right inflection,” he said. “The show aired from 10 p.m. until 1 a.m. and I always opened with a song from Earth, Wind and Fire. I suspect I had a few dozen listeners but I enjoyed doing it.”

Sorenson said he enjoyed Chicago, too. “It has all the hurly-burly of a big city but extends an authentic, genuine welcome. Chicagoans love to see people come in,” said Sorenson, who lived in Washington D.C. but said he spent 200 nights each year in hotel rooms ranging from Paris to Hong Kong in Marriott-owned brands including Ritz-Carlton, St. Regis, Westin, Sheraton and more. “I love traveling and the hotel business. It’s a never-ending, interesting job.”

Contact Michael Patrick Shiels at MShiels@aol.com  His radio program may be found at MiBigShow.com or weekday mornings from 9-noon on WJIM AM 1240