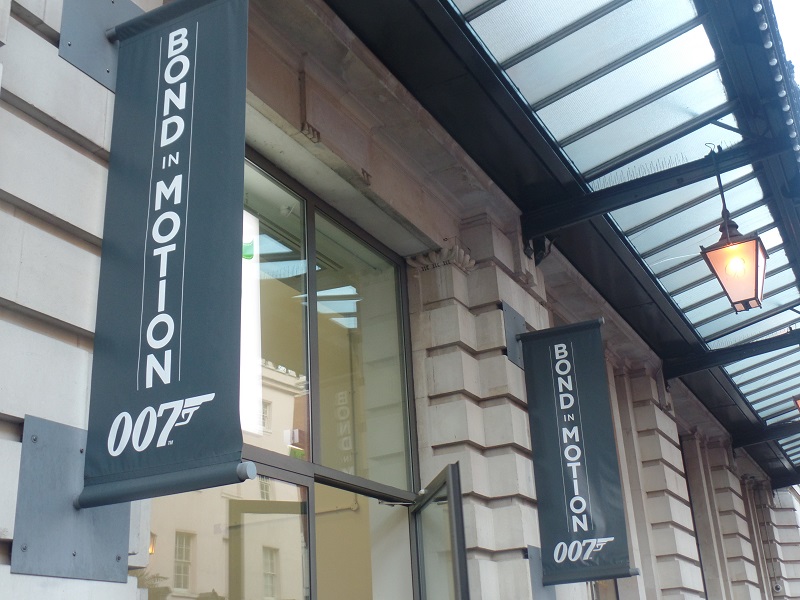 Daniel Craig portrays British spy James Bond in the new movie “Spectre.” He’s the latest in a four-decade lineage which includes, most notably, actors Sean Connery, Roger Moore and Pierce Brosnan. But the stars of the longest-running movie series in history are also the intriguing locations and settings in which 007 often saves the entire world by using his license to kill. Seemingly mystical but very real, tourists can experience destinations such as Monte Carlo, Istanbul, Macau, Havana, and of course, London, where the eclectic MI6 spy headquarters depicted in the movies actually is the genuine British Intelligence HQ – and ironically one of the most identifiable buildings on the Thames River. The late Ian Fleming wrote and often set the Bond adventures in Jamaica, where his vacation home is now part of a resort called “GoldenEye” where guests can literally sit at his desk.

“Spectre” finds 007 in Mexico City during the famed “Day of the Dead” celebration and, when in Rome, he parachutes onto the 15th-century Ponto Sisto pedestrian bridge. A nighttime car chase through the Eternal City’s center on Corso Vittorio Emmanuel II puts Bond behind the wheel of a custom-made Aston Martin “DB 10.” Men may dream about this concept car as much as they will about “Bond girl” Monica Bellucci. The good news is that while they’ll likely never get their hands on Bellucci, they are able to kick the tires on the DB 10 at London’s Film Museum, in Covent Garden, which now displays “Bond in Motion,” the largest collection of original James Bond vehicles and other memorabilia under one roof.

The unmistakable, twangy 007 theme song played as I descended into the museum where the exhibits blend fantasy with reality by presenting a screen behind each vehicle which shows, on a loop, the scene from the movie featuring 007 and the car. I encountered Goldfinger’s Rolls Royce first, followed by a tour de force including the black jet boat Brosnan was in when he shot out of MI6 and onto the Thames in “The World is Not Enough;” and the white Lotus Roger Moore drove off a dock into the sea (it converted to a submarine) in “The Spy Who Loved Me.” The red Ford Mustang Mach 1 Sean Connery drove on two wheels through a Las Vegas alley in “Diamonds are Forever” is just a few steps from “Little Nellie,” the tiny auto-gyro-copter he assembled from a suitcase to spy and fly in “You Only Live Twice.”

There are plenty more, and the exhibit, though intended to be temporary, has proven so popular it now remains indefinitely. Like most museums, the experience concludes with a gift shop full of nostalgic 007 memorabilia, vintage toys, books and logoed souvenirs. Plus there are plenty of bars in Covent Garden, once you emerge stirred, to enjoy a vodka martini – shaken.