America’s oldest city is right next to the biggest city in the continental United States. Can you name either of them? 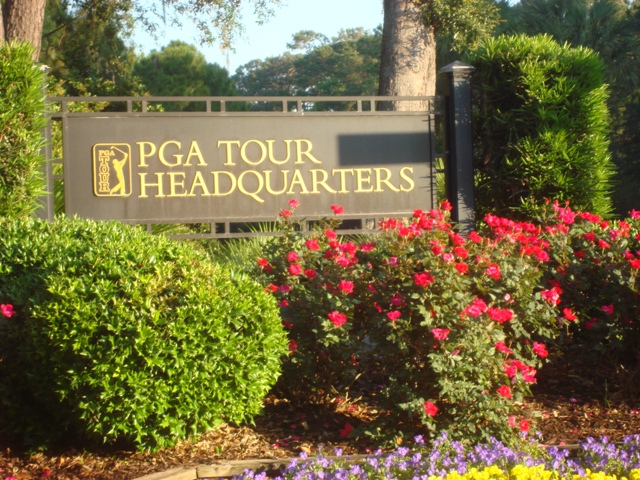 St. Augustine, Florida was founded by the Spanish in 1565; Jacksonville, just to the north, occupies an 874 square-mile corner of northeast Florida. If you’ve flown over or driven past either of them on your way to Orlando or Miami, it’s time you discovered the miles of Atlantic beaches, shopping, nightlife, outdoor activities and historic attractions of the “First Coast.”
St. Augustine gives you what you expect in terms of “edu-tainment:” narrow brick streets, historic buildings, street characters in period clothing, horse-drawn carriages, a centuries-old waterfront fort, ghost tours, creaky churches, floating Spanish galleons, and charming inns. But don’t let anyone tell you Charleston, S.C. has cornered the market on this brand of Southern charm.
“Charleston is a pretty place, but it’s a little stiff,” admits Richard Goldman, Executive Director of the St. Augustine-Ponte Vedra-and The Beaches Visitors and Convention Bureau. “We’re not Key West either, mind you, but we’re someplace in between.”
St. Augustine lights up at night and I strolled the cobblestone streets feeling like I was in the setting of a stylish, yet hair-down “Pirates of the Caribbean” movie. Old style architecture is infused with international flair by street musicians, jazz clubs, romantic cafes, and renowned restaurants. The famed “Columbia,” where diners enjoy Spanish dishes such as paella and chorizo on indoor patios amid the ambiance of hand-painted tiles, fountains and fauna, is a favorite.
The Conch House, across the inlet, is an almost completely open-air marina resort inhabited by swaggering boaters and loopy “landlushers” all swaying to the live steel drum bands playing in various locations along the pier and docks.
Jacksonville is a watery town, too, featuring miles of rivers (and water hazards) with sandy beaches (and bunkers.) As home to the PGA Tour and the World Golf Hall of Fame, the average golfer can feel first rate on the First Coast. The Tournament Players Club at Sawgrass, infamous for its’ island green 17th hole – one of the most photographed in golf – invites golfers take their best shot just the stars who go for broke there each May in the lucrative Players Championship.
“It’s the strongest field in golf every year. Winning that big a tournament in my hometown was huge,” popular professional Fred Funk told me. He won the Players Championship in 2005 and makes his home in the Ponte Vedra area of Jacksonville. “The first-place check was great – paying the taxes on it was not so much fun, though!”
Arnold Palmer and Jack Nicklaus, arguably the most compelling stars in the game’s history, collaborated to design and then lent their respective nicknames to the playable and fun “King and Bear” course at World Golf Village, which, like Nicklaus’ Ocean Course at Hammock Dunes, to the south in Palm Coast, has hosted a Champions Tour event. I found the Ocean Course to be a pristine experience in a sublime, quiet seaside resort specializing in sunrises. It is part of a collection of First Coast courses available through www.Florida-golf.org, a not-for-profit organization which leads visitors to facilities of distinction such as Southampton Golf Club, a Mark McCumber designed track (he’s also a local Tour star who won the Players Championship in 1988) managed by M.G. Orender, who served as national president of the PGA. 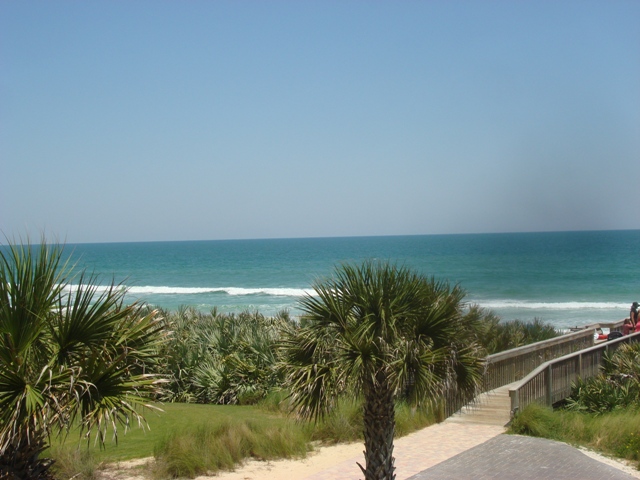 Cool your soft-spikes with a walk through The World Golf Hall of Fame, an interactive, creative museum with unforgettable exhibits including Masters jackets, tournament winning clubs and revealing personal items donated by golf’s historic and prolific winners. The Hall of Fame may not ask you for your golf clubs, but you can leave your fingerprints on the trophies of the greats and your footprints on the most famous courses along Florida’s First Coast!