Imagine, in your travels, driving through a grimy industrial area and, with a voice command, your video-enabled windshield puts you, visually, in a more pleasing mountainside setting. Automotive journalist Paul Eisenstein, of TheDetroitBureau.com, learned of that technology, and more, at the recent Consumer Electronics Show in Las Vegas. Cars, electric or otherwise, have more gadgets than gears these days.

“At the wheel you will sit behind 48-inch video screens stretching from on side of the windshield to the other; and have a touch screen pad floating in front of the steering wheel. You’ll have plenty to do while you’re driven on a trip in your autonomous vehicle.”

Izzy Santa, a spokesperson for the CES, detailed more auto gadgets. “You will have the ability to start your car with a voice command. And you will be able to see, via windshield technology, what is behind the buildings around the corner you are about to turn.” 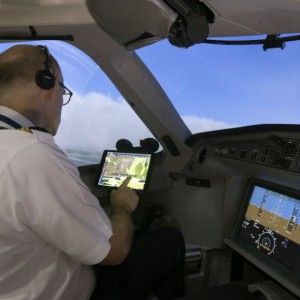 “Magical,” is the word Delta Airlines CEO Ed Bastian used, while speaking at CES, to describe his company’s goal for traveling passengers – he wants flights to be something to be enjoyed rather than endured.

Detroit’s airport is one of Delta’s main hubs, and Delta is dominant at Lansing’s Capital City Region International Airport. Delta jets fly more than 200 million passengers annually and, even in doing so, earned the distinction of having the global airline industry’s best record for on-time arrivals. Biometric terminals, automatic check-in, in-flight connectivity, and improved weather forecasting – to avoid turbulence – are some of the ways Delta has employed cutting edge technology, not to mention its very user-friendly app. I have personally experienced Delta’s amazing bar code bag-tracking system when I checked a suitcase in Lansing and collected in Thailand, even though my routing included three different airlines and plane changes in Detroit, New York, Taipei, and Bangkok before arriving in Phuket.

“We have a culture of service that’s in our DNA and our people love to serve people,” said Bastian, who further described how information technology is helping Delta’s 80,000 employees better understand and respond to individual customer preferences and needs. “Offering personalized services to customers is core to Delta’s brand.”

Delta’s on-board entertainment system offers much more than on-demand movies and live television. In-flight gaming on the seatback entertainment screens allow fliers throughout the aircraft to compete against each other. Delta is now showing an in-flight video on those screens to aid in awareness of and fight against human trafficking in the transportation system.

Travel was a hot topic at CES. Santa described another piece of mobile travel technology unveiled during the expo: “A suitcase that acts as a scooter. You can sit on your suitcase and it will move you through the terminals of airports. The suitcase/scooters are TSA approved.”

Transportation also takes center stage, literally, at auto shows this week in Detroit, where Delta will also have a presence, and then Grand Rapids.